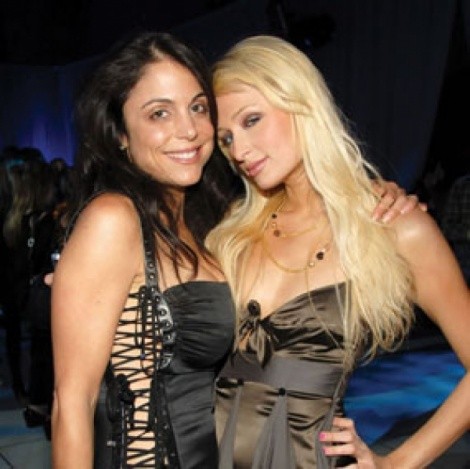 I didn’t quite “get it” when Griswold launched ChefDance at his Park City nightclub Harry O’s in 2004, and I still don’t. What’s the point? Well, according to Griswold’s own ChefDance bio, “He realized that almost everyone in attendance at the Sundance Film Festival was functioning at speed for 10 solid days, but never really having the time to enjoy a great meal. The ChefDance festival was born on January 2004 with guests clamoring for an invitation to the latest and most talked about ‘networkers’ dream’ event during the 2004 Sundance Film Festival.” So I guess Kenny was simply providing an important community service: Giving all those underfed film folks a chance to sit down for supper while, of course, still networking through the night.

But here’s the rub: It’s the Sundance wannabes who fill the ChefDance tables at Harry O’s insta-restaurant, not the movers, shakers and genuine stars. And maybe, that’s not surprising, since the “all-star” chef lineup for ChefDance looks a little flimsy to begin with. I write about food and dining for a living, and perhaps I’m just parochial, but I have to admit most of the “celebrity” chef names on the 2008 ChefDance schedule didn’t really ring many bells. Do you know these guys: Matt Bencivenga, Gene Kato, Richard Sandoval, James Boyce, Nicola Amroune, Christophe Lee? The list goes on but doesn’t really get any more recognizable.

The one ChefDance name that does hold some currency for me this year is Todd Mark Miller. If that name seems familiar to you too, it might be because he was a chef here in Utah at Deer Valley, Fresco Italian Café and Café Trio. Now that he’s executive chef at STK in New York City, he’s apparently a “celebrity chef.” I’m told that Miller’s “signature $100 Kobe Philly Cheese steak even earned him a coveted appearance on The Late Show with David Letterman.” Well, whip me with a foie gras hot dog! I’ll bet Julia Child is green with envy in her grave.

Why on earth would anyone try to stage a serious culinary event smack-dab in the middle of the frenzy and frolic that is the Sundance Film Festival? Beats me. But a list of ChefDance’s sponsors provides some insight into just how much ChefDance really has to do with cuisine. It includes Fender Musical Instruments, Mercedes Benz, the law firm of Cozen O’Connor, Citigroup, Chloe Lane clothing, Von Dutch clothing, Dakota Mountain Lodge, Gravity and Celerity Investments, in addition to Nicholas & Company Food Distribution and Teatro Goldini, the Washington, D.C., eatery where ChefDance “celebrity chef” Nicola Amroune serves as executive chef.

The hostess for this year’s ChefDance—as with last year—is Bethenny Frankel, a self-proclaimed “Celebrity Natural Food Chef.” In addition to her wheat-, egg- and dairy-free baking company called Bethennybakes, she was the “break-out star” on NBC’s Martha Stewart Apprentice in 2005 and “resides in NYC with her dog Cookie, where she is currently working on The Thin Book: The 25 Rule to Being Thin Without Dieting.” Check out Frankel’s blog and you’ll find precious stuff like the Skinny Girls’ Cocktail No. 17: the pomengranatini! Please pardon me while I puke. Someone needs to let Frankel know that Sex and the City has been gone now for four years. Alice Waters is hot, you’re not. Since ChefDance ’04, the event has gone from having semi-celebrity hosts like Tyler Florence and Rocco DeSpirito to … Bethenny Frankel. This should provide some clue as to just how A-list ChefDance really is. Still, it’s a good place to meet the guys who make those great Fender guitars and financial whiz kids from Citigroup!

By the time you read this you’ll have sadly missed Todd Mark Miller’s lobster risotto, new-style pot roast and his “peanut butter cup,” along with Gene Kato’s (Japonais) braised Japanese pork belly, Christophe Lee’s (Gilt) Elysium poached pear, and James Boyce’s (Montage) house-smoked Taku River Coho salmon, just to mention a few of the dozens of dishes prepared for guests of ChefDance 2008. However, depending on what sort of mover or shaker you really are, you might still be able to get a seat for the Dru Scheidell (Onassis), Matt Bencivenga (Wolfgang Puck), and Jason Marcus (1 Little West 12th) dinners upcoming at ChefDance. No disrespect to Matt Bencivenga, but wouldn’t the celebrity chef from Wolfgang Puck to have at ChefDance be Wolfgang Puck?

I guess for me, ChefDance is a microcosm of everything I loathe about the Food Network culinary galaxy we now inhabit. Anyone who has spent time cooking in front of a TV camera, or has seen his or her name in a magazine, is considered a “celebrity” chef. This includes “chefs” who’ve spent more total time in front of the camera than in the kitchen. The name Rachael Ray comes to mind …

Wait, come to think of it, I’ve cooked in front of the camera myself! Hey Kenny, here’s an idea for ChefDance 2009: How about The Critic Cooks: An Evening with Self-Pronounced Celebrity Chef Ted Scheffler. Please invite Chloë Sevigny, Sean Young, Gabby Garcia-Marquez, Tom Waits and Bruce Springsteen. That’s my A-list.