Make it pop
Where to go for fine food with a side of spontaneity.
By Darby Doyle

There's something a bit naughty about a pop-up event's unconventionality, even if you've registered to attend months in advance. It's a particularly kickass combination of side-eye curiosity and clandestine camaraderie; though the venue and theme might be disclosed, there's often a lot of surprise elements in play. Intangibles of the individual chef's culinary personality and a mishmash of guests adding to the comfort-zone-dodging context all make for an evening with a bit of mystery thrown into the mix. From cutting-edge molecular gastronomy served in after-hours gallery spaces, to classic soirées in elegant mansions—laid-back fun to black-tie formal—there's a little something for everyone popping up in our salty city.

Here's how some of the best of SLC's pop-up scene are keeping lucky guest's WTF-O'-meters humming, with events that are diverse and delicious.

SLC POP
Chef Katie , slcpop.com
Since 2012, has been delivering multi-course dinners that are as innovative and boundary-pushing as they are appetizing. (Think mini clotheslines pinned with translucent slices of charcuterie, edible paper "ransom notes" printed with savory and sweet ingredients in a rainbow of colors, smoke-filled jars exactingly assembled with miniature nosh-able foggy landscapes.) But don't let the precision and whimsy of the plates fool you. "Guests can expect five to six stellar courses. People will definitely leave satisfied," says. "I've never had anyone leave hungry." The chef has staged her popular pop-ups at venues around town, starting with her first dinner at Caputo's Market & Deli, then onto the now-shuttered NATA Gallery. After surviving eight episodes on Bravo's Top Chef Season 12 in Boston, returned to SLC ready and rarin' to find suitable spaces to host (usually) twice-monthly events. Her favorite part of the experience? Being able to source ingredients and research techniques specific to a particular season and place, while still pushing the culinary envelope. "I love finding cool products and sharing them with clients," she says. "It keeps me energized finding what's in season and figuring out visually interesting ways to present them." It's a compelling strategy catering to the culinary-curious; estimates that 80-90 percent of each dinner's guests are return clients who appreciate tasting something completely new at each event. A feast for the eyes, palate and sense spectacular plate at a time. 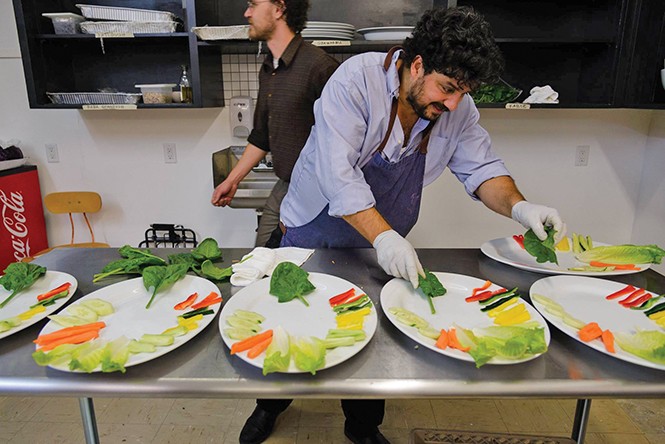 Spice Kitchen Incubator/Pop-Up
Multiple awesome locations, spicekitchenincubator.org
Celebrating the culinary diversity of our city is one of the many things that draws and keeps SLC's vibrant scene. On April 29, our community is at it again with a pop-up event from Spice Kitchen Incubator, showcasing the food of Chef Noor at Eggs in the City (1675 E. 1300 South, 801-581-0809, eggsinthecityslc.com) for a five-course Syrian meal with dishes from zingy fattoush salad to decadent baklava. According to event organizers, "Spice Kitchen Incubator is a project of the International Rescue Committee (IRC), in partnership with Salt Lake County. It is a business incubator that brings together refugees and other disadvantaged community members interested in starting a full- or part-time food business. Spice Kitchen Incubator ensures participants receive technical assistance and training, have affordable access to commercial kitchen space and learn the steps to establishing a successful food business." Win-win in our books. And pocketbooks. 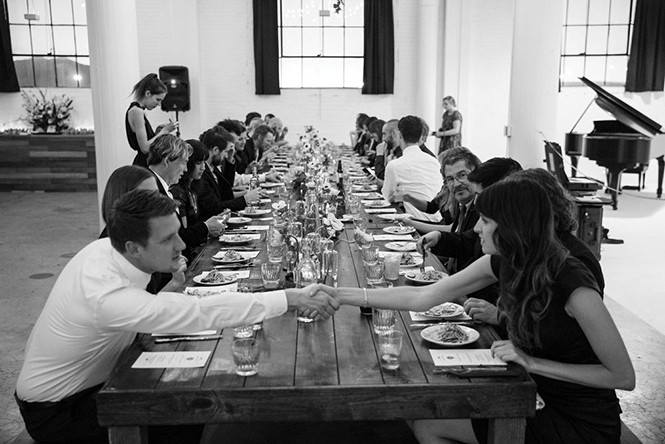 Secret SLC
Curated by Baya Voce, secretslc.com
Secret SLC is kinda like Fight Club: The first rule is that there is no Secret SLC. Or, to be more precise, the VIP cocktail party you are invited to next month will be completely different from the avant-garde chamber concert your friend might have attended last year. Although Baya Voce, Secret SLC's organizer coordinates some public events—like the New Year's Eve party that gave many of us serious FOMO from the social media coverage—the group's experiences are meticulously curated by Voce based upon a strategic guest list. Past standout events include a 20-person connoisseur-driven dinner parties, an FBI agent's tutorial on lie-detecting and hundreds showing up for the Utah AIDS Foundation's 30th anniversary White Party fundraiser. "I wanted to bring an element of surprise and curiosity," Voce says. "For most events, people will receive an email or hand-delivered invite from us and get very little information other than the date and time. I base the guest list entirely upon making connections specific to that event." Also of note is that attendees have no idea what they'll be in for until they show up. A former professional matchmaker, Voce believes that face-to-face conversations are what really bring people together, and she networks with leaders all over the city in different fields to collaborate on ideal guest lists. This summer's only public Secret SLC event will be on June 3; check out their website to pre-register for this party and to request an invitation for future ones. They may or may not get back to you, which is all part of Secret SLC's mysterious mission.

Raclette Machine
Zara Ahmed & Abby Pfunder, @raclettemachine on Twitter
To satisfy that jones for melty, gooey cheese porn, look no further than Ahmed and Pfunder, the ultimate -fix enablers behind Raclette Machine. You can even say that their entire relationship has been based on cheese: They met at California's Cowgirl Creamery years ago, worked together at Richmond, Utah's Rockhill Creamery, and at their 2014 wedding in San Francisco held a raclette party for the reception. Ahmed fell in love with raclette—named for both the Alpine cheese perfectly suited for uniform melting and the technique of toasting the entire exposed surface of a raclette cheese wheel to scrape off a perfect portion for each guest—while she lived near Lyon, France, working as an English instructor. Since the couple's move to SLC, they started catering raclette events and have hosted pop-ups in private homes. Last March, Raclette Machine put on a killer pop-up at Amour Café, and plans to host more events there and at other venues around town. "We love supporting local cheesemakers, like using Rockhill's Wasatch Mountain Gruyère, which is a great raclette cheese," Ahmed says. They also feature events with everything from very traditional French service with potatoes and cornichon to mixing things up with a modern twist, incorporating toppings from local purveyors like Salsa del Diablo and Amour Spreads.

Culinary Crafts
Various locations, culinarycrafts.com
For when a fabulously formal approach suits your mood, highbrow events hosted by Culinary Crafts combine refined foods with rarified environments. Case in point? The Spring Fling for Foodies, slated for Friday, May 12, at Salt Lake City's spectacular McCune Mansion. In partnership with the power-fundraisers of Pure 400, the group is also planning a Park City pop-up at Big Moose Yacht Club later this summer. Thinking ahead, their annual harvest event will be at Snuck Farm in Pleasant Grove in October. 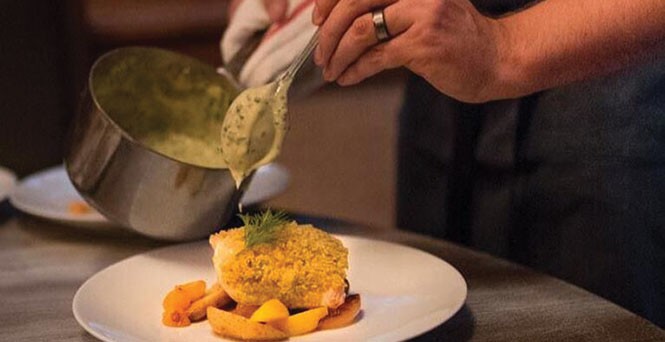 Visiting-Chefs Series
Finca, fincaslc.com
Finca's visiting-chef events have been captivating local diners since January, when former SLC-based Chef Tom Call (formerly of the Trio restaurant group and Grand America Hotel, and owner of his own pop-up business, "Made by Tom") returned to the city while taking a quick break from San Francisco's One Market where he is currently chef de cuisine. Restaurant owner Scott Evans described his motivation for the series in a recent social media post, saying that after thinking about it for years, he decided to pull the trigger based on his expansive circle of culinary contacts, adding that the experience "allows both chef and restaurateur to push culinary limits and feature food and wine that truly inspires."