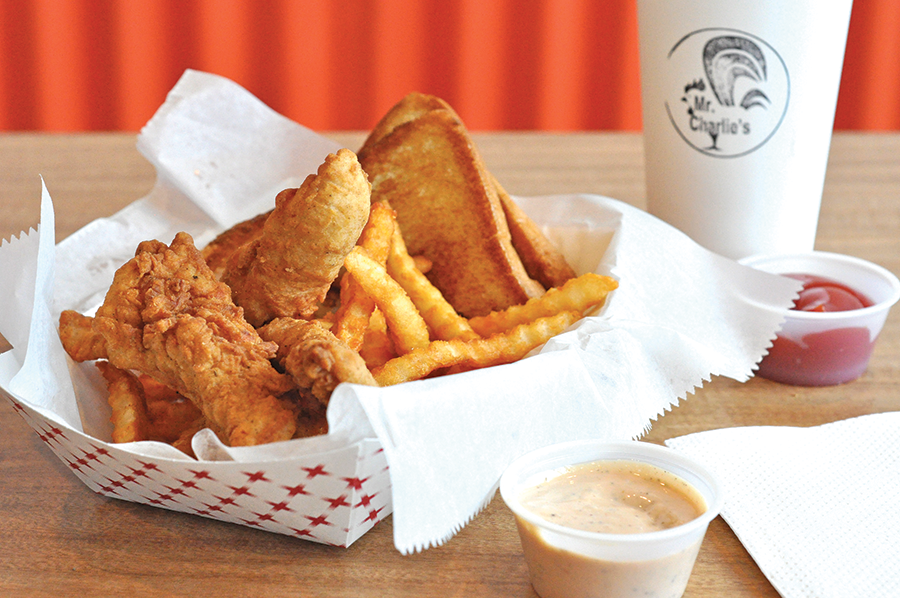 Fledgling Foodies
Thinking about expanding your progeny's palate? Check out these kid-friendly restaurants.
By Alex Springer

When my wife and I started talking about having kids, we talked a lot about raising open-minded eaters. Part of this motivation was selfish, of course—we sure as hell didn't want to find ourselves in the awkward spot of asking a server to rustle up a hot dog because our kid won't eat anything else. Most of our reasoning, however, came from the idea that food should be fun. It's also one of the most convenient and enjoyable ways to experience cultures outside of our own, and we wanted our offspring to associate the enjoyment of new food with the enjoyment of diversity as a whole.

Now that our daughter is almost 2, this experiment is in full swing. When she agreed to give chicken feet a try at a local dim sum restaurant, I had a proud realization that our efforts just might be paying off. While I don't know if she'll maintain this adventurous attitude as she gets older, I think we've done a pretty good job at setting the stage. We couldn't have done it, however, without a few local kid-friendly restaurants. Here are a few places that have either given some thought to their younger diners, or became unexpected favorites of our fledgling foodie.

Mahider Ethiopian Restaurant
When I tried Ethiopian food for the first time, I didn't quite understand how awesome a place like this would be from a kid's perspective. One of the main tenets of eating Ethiopian food is that it's done without utensils. Instead, diners are given liberal slices of injera, a spongy, sourdough-like flatbread that they use to scoop up their food. Two-year-olds are still eating most everything with their fingers, so a place where that's actually encouraged means a lot. Toddlers don't often get to see their parents eat without utensils, and when everyone at the table is getting hands-on with their food the fun factor starts to climb. My daughter was a fan of the shiro wot, a vegetarian dish of split peas, garlic, tomatoes and onion. She's very much into dipping, so we just ripped her some pieces of injera and let her go to town.
1465 S. State, Ste. 7, 801-975-1111, mahiderethiopian.com

Bruges Waffles & Frites
Sure, waffles and fries are universally kid-friendly, and the stuff at Bruges aims a bit higher than your typical Eggos and Ore-Idas. Bruges cooks up the renowned Liège waffles created by Belgian chefs hundreds of years ago, which are essentially the Rolls Royce of the waffle world. They're rich, dense and boast a pleasantly caramelized exterior. Bruges offers several different variations and toppings, but the dish designed with the young in mind is none other than the Waffle Monster. It's a Liège waffle stuffed with speculoos, and topped with vanilla bean ice cream, strawberries and blueberries that have been arranged into a goofy face. Not only will this appease any kid's sweet tooth, but it's actually quite adorable once it arrives at the table with its strawberry grimace.
Multiple locations, brugeswaffles.com

Twisted Fern
I've been around the block enough times to see that, when it comes to kids' menus, most restaurants tend to phone it in. I get that restaurants serve an adult clientele, and their focus should remain on pleasing those folks, but there was a pleasant surprise to peruse the kid's menu at Twisted Fern and see it included some dishes that appeal to younger diners. For example, their kids' menu includes an entrée of grilled trout, asparagus and fries. Your kid not a fish fan? Then try some cauliflower grits with summer squash instead. They're both lovely, healthy options you just don't see every day.
1300 Snow Creek Drive, Ste. RS, Park City, 435-731-8238, twistedfern.com

Mr. Charlie's Chicken Fingers
While chicken fingers are likely to show up on a kid's menu regardless of where you go, let's not fool ourselves and think that all fingers are created equal. Mr. Charlie's is for that kid in your life who has transcended the everyday affection that youngsters have for these strips of fried chicken and become a true connoisseur. Not only are these some of the best chicken fingers I've ever tasted, the fact that their poultry is cage-free and devoid of antibiotics and steroids is something conscientious parents will appreciate. Since chicken fingers are the only thing on the menu, it's a place where adults and children can eat in harmony with one another—there's nothing wrong with letting the future generation know that their love of chicken fingers will endure well into adulthood.
554 W. 4500 South, Murray, 801-803-9486, mrcharlieschickenfingers.com