Dining With the Dead 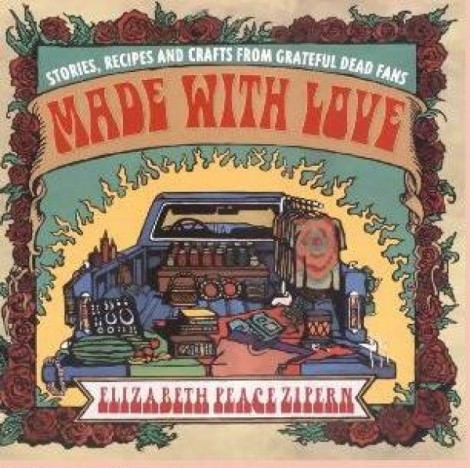 An interesting cookbook landed on my desk this week, courtesy of Crazy George, the inimitable server at Kitty Pappas Steak House. He left it in my office, in a sky-blue bag with the inscription, “From my universe to yours …” a reference to me describing the vibe at Kitty Pappas as “George’s Universe” [“Hello Kitty”; Oct. 22, 2008; City Weekly]. Well, Elizabeth Peace Zipern’s book Made With Love ($9.99), will certainly hold much appeal for Deadheads like George. The book’s subtitle is Stories, Recipes and Crafts From Grateful Dead Fans.

I have to confess: I’ve never been a Grateful Dead aficionado; never liked the music and never was interested in the whole Dead concert scene. To be honest, I wouldn’t cross the street to see the Dead for free, even if Jerry Garcia were still kickin’. But the tales in the book are fascinating, and so is much of the food. And, no, it’s not simply a series of weed-spiked brownie recipes. But if you have some esoteric ingredients in your pantry like rose hips, horehound, yarrow flowers, white willow bark, mau hung, nettle leaf, mullein leaf, echinachea root, lungwort and ginko leaf … well, you’re well on your way to making something called Tour Hack Soup, said to be an all-around healer.

A tad more accessible—if not more down to earth—are recipes for Cajun fries, Chef Stef’s chickpea chapattis, veggie potstickers, Alice’s vegan gingerbread, hemp seed “Cookies of Joy” and “Sergeant Pepper’s Lonely Pineapple Clubwich.” Beyond the recipes are crafty projects for making hemp bracelets, Dead-approved hair scrunchies, dream catchers, massage oil and, of course, tie-dye. Made with Love: You wouldn’t want to be caught Dead without it.

Quote of the week: I started making the cookies because I didn’t really know of any other way to eat the seeds. —Corrie, creator of Hemp Seed Cookies of Joy