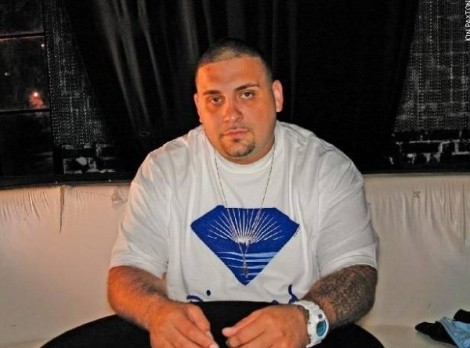 Whether you’re in his club listening to his able hands juggling his records or sitting next to him, DJ Juggy comes at you loud. His physical presence isn’t as commanding as his music but he holds power in his voice as he describes hard-working years and what respect means in the DJ community. “Just ’cause you put DJ or MC in front of your name doesn’t mean that’s what you are. In my eyes, unless you’ve paid dues—that’s how you make a living and that’s how you get paid—only then you can consider yourself a DJ,” he says. “If you’re just at home making beats and you ain’t living off of what you’re doing, you’re just a bedroom ‘whatever.’”

Juggy got down to business seven years ago, landing in Utah in time to spin for parties during the 2002 Winter Olympics. He immediately saw potential for growth, something his adopted town of Las Vegas wasn’t supplying. “The creativeness and the cutting-edge people are moving forward,” Juggy says excitedly, adding that the only downside comes courtesy of Utah’s liquor laws.

“Coming from Vegas, there’s no last call,” he says.

Juggy tapped into Utah’s burgeoning market by mastering the art of the mixtape—the heartbeat of the local club community—eventually earning the title of “Salt Lake City’s Mixtape King.”

Juggy works hard and steady at compiling his mixtapes with national artists including Slug, Glasses Malone and Yung Joc. His popular series of mixtapes runs around the United States featuring guest hosts who tailor their music preference, along with Juggy, to make stellar underground specimens.

“Each of the CDs has its own concept and different style of music, East Coast, West Coast, Down South, underground,” Juggy says. If you’re interested in finding a copy, hit Juggy up at work when he’s not DJing and he will supply you.

The “H” is Always Capital is another step on Juggy’s mixtape journey with an unchartered Northeast junket promoting his work with Boston-based Termanology whose joints will take up most of the record’s content.

Working with national artists gives San Bernadino, Calif.-area transplant Juggy a different take on what can be seen as a narrow-minded after-hours community.

“I try not to pigeonhole myself to be a turntablist or a club DJ or an underground DJ,” he says. “I got different projects with different people from the Midwest, Down South or whatever. That’s how I pin myself all over the board. It seems like the more you put yourself out there, the more opportunities there are for you.”

Juggy has some sage advice for young bucks about mixing live records and the advent of new technology: “You still have to manually do it yourself—unless you use [a beat matching program] that automatically lines up the BPMs. That’s for people who haven’t actually taken the time to learn how to DJ but want to know how to DJ,” he says. “Actually, there’s a lot of DJs in Salt Lake who do that. And there’s a lot of people who manually beat-match who have to look at the screen to keep it on beat.”

And that’s no way for a King to reign.