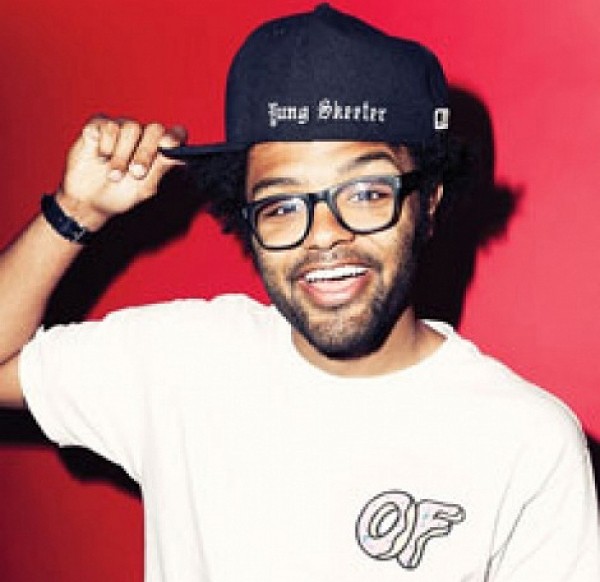 Trevor McFedries, 26, is a creator; the Los Angeles native has his hands in almost everything. He recently finished directing the music video for Steve Aoki’s new single, Control Freak, but he also dabbles in DJing—which is what he’s most known for, under the moniker DJ Skeet Skeet—and graphic design, and is working on his new foodie website, DishLicker.com.

“I just like making stuff,” McFedries says. “Directing and graphic design have been the two things I’ve always wanted to do, and, I guess, DJing has definitely opened the doors for both of those. [Music] is a small part of my day-to-day, but it pays the bills.”

He brushes off questions about his music career—if there’s one thing you need to understand about McFedries, it’s that he considers himself an accidental DJ. “I was given the nickname Skeeter Valentine when I was younger, because my best friend looked like the Nickelodeon character Doug. So I used the name Skeet Skeet for a party, thinking I would never DJ again,” he says. “Now I see my name on huge billboards in Asia, and it makes me laugh every time. I think my name keeps me from taking myself too seriously.”

Though he claims music isn’t his focus, his recent success in the industry is tough to ignore. Skeet Skeet first established himself by playing Hollywood DIY parties with other up-and-coming DJs/producers such as LA Riots, Royal Rumble and Classixx. From there, he won New York City’s Paper magazine’s People’s Choice DJ award, produced two Billboard Top 40 hits for Schwayze and was the first and only DJ to play the entire Van’s Warped Tour in 2008. And if that weren’t enough, in April 2011, he wrapped up his spot as tour DJ for Katy Perry’s “California Dreams” world tour.

“I don’t approach DJing like others do. You go see Deadmau5 and you know what you’re gonna get,” McFedries says. “I’ll get texts from people that will say stuff like, ‘You didn’t play your new Ke$ha remix!’ and I’ll be like, ‘Sorry, I got stuck playing an hour of rap music.’”Perhaps that’s what makes him a good DJ.


A visit to Skeet Skeet’s Soundcloud page will reveal tracks tagged as Trap, Moombahton, Deep House and Goth Cassette Tape Ruckus. He looks at his current tour, “Hack the World,” as an opportunity to not only display his diverse music prowess but also party with his close friends, electro-folk duo DWNTWN and celebrity photographer Rony Alwin of Rony’s Photobooth.

On his stop here, McFedries says, “SLC is a fun place to play. The people there are open-minded to new music. So I’m not really sure what I’ll play. I just want people to have fun and get wasted.”