A loose-dog charge results in owners' intimidation by the city. 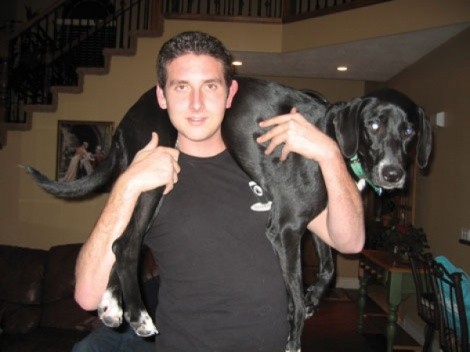 Friday afternoon in the Saratoga Springs Justice Court was shaping up to be a Mayberry kind of day for a small-town courtroom. Judge Keith Stoney was hearing a loose-dog case. Rango, a black-lab puppy, had the bad timing to escape the custody of the Peltekian family just a day before the city changed municipal code decriminalizing dog charges from criminal misdemeanors to administrative citations—on par with traffic tickets. Instead of the day ending in a dismissal or a fine, however, Rango’s owner, 20-year-old Ryan Peltekian, watched as his mother got arrested in the courtroom and taken to jail. Her crime: contempt of court for having her cell phone out.

Ryan’s father, Edward Peltekian, had complained that City Prosecutor Lindsay Jarvis and Stoney have been trying to make an example of them by fighting to charge them with class B misdemeanors for the loose dog. Jarvis disputed that in her closing argument.

“This is not an attempt by the city to singly select someone,” Jarvis said, pointing to other cases similar to the Peltekians’. Less than 10 minutes after Ryan Peltekian agreed through counsel to plead guilty, Stoney announced that somebody had been identified by the bailiff as secretly recording the court procedures and that person was Ryan’s mom, Elaine Damron.

“We are going to be holding a hearing shortly, with respect to that. It is quite likely she is going to be headed to jail,” Stoney told the court, before having the bailiff give her cell phone to him. Stoney warned the court that a sign outside the court strictly forbade recording. The sign actually said nothing about recording but did forbid cell phones, although in a cursory look around the courtroom, it appeared that most people had them. The city prosecutor’s cell phone sat on the table in front of her, and at one point, the bailiff who had spotted Damron allegedly recording could be seen pulling a phone out of his pocket and checking it.

Before Stoney sentenced Damron to jail for 24 hours for contempt of court, he asked her to explain herself. In her defense, her attorney, Jerry Salcido, explained that Damron was recording at first until she was told to stop by a bailiff. Later, when Damron powered off her cell phone, she was noticed a second time and was alleged to have been recording again. Stoney, upon the recommendation of Jarvis, ordered her to jail. Damron later says she was too shocked by the incident to have told the court they could check her phone since it had no second recording on it.

She was not the only one taken aback by the sentence. “I was in total surprise and somewhat in shock,” says Saratoga Springs Councilman Cecil Tuley, who was in attendance. “[But] I wasn’t sitting where the judge was, so I didn’t know what was going on.”

“I’m telling you this guy [Stoney] is Dr. Jekyll and Mr. Hyde,” Edward Peltekian says, describing Stoney’s moments of calm punctuated by sudden punitive acts. To Edward, this incident is only the latest attempt by the city to put the squeeze on him because he refused to roll over on a loose-dog charge. For analysts of the Utah legal system, it’s symptomatic of greater problems with Utah’s largely unaccountable justice-court system.

Edward first encountered the court of Stoney and Jarvis on Dec. 18, 2009, appearing on three misdemeanor charges relating to Ryan’s dog escaping Edward’s sister’s custody the previous summer. Edward had heard that such charges were no longer misdemeanors and in a pretrial conference refused to plead guilty. Edward says that’s when prosecutor Jarvis approached him with an ultimatum.

Jarvis could not be reached for comment, while Stoney declined to comment since the case is ongoing.

Four days after the trial, Ryan—who’d testified that, in fact, Rango the puppy belonged to him and that it did have its proper shots and paperwork—received notice that his role in the Explorers of the Saratoga Springs Police Department was suspended indefinitely, “pending criminal court proceedings.” Ryan had been promoted in 2008 with glowing reviews to be the captain of the Explorers, a group of prospective residents looking to join a career in law enforcement. Explorers take part in training exercises with firearms, radio procedures and help the police out with property checks and other functions.

In the suspension letter, Cpl. Aaron Rosen of the Saratoga Springs Police Department writes, “You allegedly have injected yourself into a case that is pending a trial set for Jan. 22, 2010,” and that during the Dec. 18 hearing, “you presented documents that have raised the suspicion of authenticity” on top of a charge of “posing with your family dog in your Explorer uniform.”

In Ryan’s appeal to the suspension, he argued that he was a witness to prove that he—not his father—was the owner of Rango. “I did not think that testifying truthfully in court as a witness could ever be wrong.”

Ryan also is astounded he would be accused of falsifying his dog’s paperwork, when the prosecutor could simply verify the documents from the Utah County Animal Shelter. “Instead of confirming or verifying the authenticity of the documents, the prosecuting attorney chose to destroy my reputation.” As to the allegation of desecrating his uniform, Ryan admits his father took a photo of Rango when he jumped into his arms after he had come back from an Explorers meeting, but says it was a momentary thing.

The escapades continued when Edward moved to disqualify Jarvis on the Jan. 22, 2010, hearing for misconduct. Jarvis met with Stoney in private, then dismissed all charges against Edward. However, they then charged Ryan. In Ryan’s March hearing, he pleaded not guilty and asked to file a motion similar to his father’s. Edward, who was in attendance, says Stoney berated his son for the suggestion and told him, “You say one more word, and you’ll be thrown in jail.” Edward says Stoney did not allow his son the opportunity to request court-appointed counsel.

For Emily Chiang, director of the University of Utah’s Civil Rights Clinic, who has been studying Utah’s public-defense system, cutting off a defendant’s opportunity for a public defender is a big no-no—one that’s unfortunately not uncommon in justice courts that are less familiar with public-defender procedure.

“I’m assuming that people don’t typically face jail time for this particular misdemeanor,” Chiang writes via e-mail. “However, if a judge is threatening to throw someone in jail—as it sounds like happened to the son—that person should be entitled to counsel.”

The August hearing made it evident that Stoney makes good on threats of jail time. “Saratoga Springs is making citizens into criminals,” Damron tells City Weekly after having served her 24 hours of jail time. While no signs warn visitors of jail time for recording, Damron had to learn the hard way that Stoney would not tolerate recording in his courtroom.

“It is strictly forbidden to record in the courtroom without express permission of the law, or the judge,” Stoney said at the hearing. “And in this case, the judge is the law.”