There's a world of Star Wars material out there, but you don't have to know it all 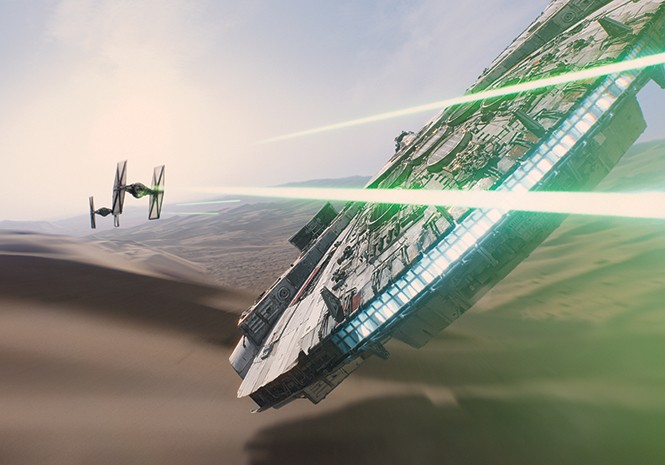 The seventh theatrical installment of the live-action Star Wars films, The Force Awakens, is coming to theaters faster than many realize. With the bombardment of Star Wars paraphernalia in toy stores, bookstores and comic shops, you might feel a little overwhelmed by material you're expected to ingest before the biggest movie of the decade opens Dec. 18. Add in the second season of Star Wars Rebels (Disney Channel), now in full swing, and you might feel so far behind, you'll want to sit out the whole thing.

I'm here to tell you that the only thing you need to know before you walk into that theater is that it's a new Star Wars movie.

That's it. That's all you need to know.

"But why would they be drowning us in all of this content?" you ask. That answer is simple: Because of people like me.

Think back to the original Star Wars film back in 1977: Did anyone know anything going in? Other than the title, there was precious little information the average moviegoer had before they entered the cinema. When Princess Leia's ship flew by, pursued relentlessly by Darth Vader's vessel, did you need to know that they were named Tantive IV and the star destroyer Devastator? Not at all.

But geeks like me enjoy putting the dots together. We love Easter eggs. We love feeling like we know something the rest of the audience might not. It's the same reason certain people know batting averages, or the names of each of the president's Cabinet-level appointees. We revel in the finer points of the things we love. Is the knowledge of a batting average going to change the outcome of a game? Of course not—but understanding what the odds are when the batter comes up to the plate certainly raises the stakes on how you feel about it.

But with Star Wars, there's always been an excitement in not needing to know what's going on, and that first Star Wars film proves it. For all of our best guesses, that's what J.J. Abrams is going to give us with The Force Awakens. If you've noticed, none of the trailers have answered any questions. In fact, they've only raised more.

All of the material coming out is answering some of those questions in a really interesting way, yet in a way that doesn't actually reveal anything about the new story. For instance, remember that shot in the trailer on the desert planet with the star destroyer crashed into it? Well, thanks to a book called Lost Stars (Journey to Star Wars: The Force Awakens)—which I highly recommend—we not only know that it was the star destroyer Inflictor, but who was commanding it when it crashed (no spoiler here: If you're curious, you'll have to read the book). Why is it still on that desert planet 30 years later? I have no idea. But I love the story of how it got there.

Star Wars fans love to know the little details. Maybe all those details aren't germane to the story we're watching, but there's a certain thrill in recognizing an Easter egg or some other bit of context rewarding the astute viewer. That's part of why I ravenously devour all the Star Wars content that's flooding out like water from a broken dam. The period of time in the Star Wars universe between Return of the Jedi and The Force Awakens is a blank slate, so any answer we can get is one I want to know about—but if I happen to miss something, it's not going to diminish my enjoyment in any way.

If you're not on the bandwagon of reading all the books and comics, playing all the video games and watching the TV shows, don't worry. You don't need any of it, and there's nothing wrong with that. Star Wars: The Force Awakens comes out Dec. 18, and that's enough. Though if you ask me, it's not soon enough.