Don't Walk the Line: 15 Practical Tips to Beat a DUI 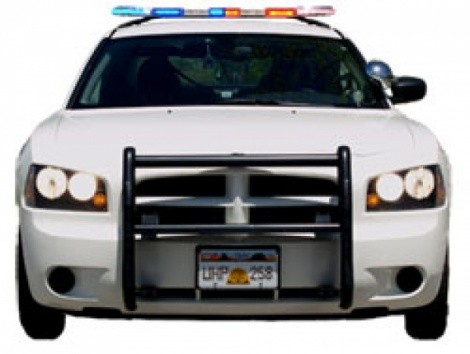 From "How to Handle a DUI Arrest," provided by criminal defense firm Bugden & Isaacson.

There are three components to every DUI: the reason for the stop, the facts that support an arrest, and the intoxilyzer test result or a refusal to submit to a test.

Basis for the Stop
The police must have an articulable suspicion of criminal activity to stop a driver. They cannot stop a driver simply because they have a sneaking suspicion that you were driving under the influence. But, as a practical matter, is very easy for the police to get around this legal requirement. All they need is to claim they saw a traffic violation. Any good cop can see a traffic violation by following any motorist for no more than half a block. It could be that your rear license plate is not illuminated, or you do not have a front license plate, or you failed to signal for three seconds before you changed lanes. There are any number of reasons to stop a motorist that are lawful, even if they are completely trivial, insignificant, or some might say, “chicken-shit.”

If the police have a lawful reason to stop you, no matter how insignificant, then they have a right to make contact with you, which will lead to the odor of alcohol on your breath, admissions that you had something to drink, field sobriety tests, and an arrest. But on the other hand, if the police officer did not have a lawful basis to stop you, then a good defense lawyer can win your case for that reason alone.

There is very little that you can do to prevent a wily police officer from stopping you on a trumped up traffic violation. So the best that I can tell you is...

(1) Try to drive reasonably after you have been drinking.

(4) Come to a complete stop at stop signs.

(5) Turn on your headlights (you would be amazed at how many people leave the bar and forget to turn on their headlights).

Facts to Support the Arrest
The second category concerns the facts developed by the officer that might justify placing you under arrest for driving under the influence. This will normally include the officer’s testimony that she smelled alcohol on your breath, that you had slurred and slow speech, that you had red, glassy and bloodshot eyes, and poor performance on field sobriety tests.

An officer needs to have what is called “probable cause” to place you under arrest. That is a legal standard. The officer has to have evidence that would warrant a reasonable police officer in believing that there was a reasonable basis to suspect that you were under the influence of alcohol and incapable of safely operating your car.

In a moment, I will explain how to handle field sobriety tests.

This category of evidence allows the officer to place you under arrest and ask you to submit to a chemical test.

A lot of people make a terrible mistake by refusing to submit to the chemical test. The consequences of refusing to submit to the chemical test is loss of your license for one and a half years with no limited license that would allow you to drive to and from work or anywhere at all. In contrast, if you take the test, and if it is your first DUI, you will only lose your license for 90 days.

(6) I would always recommend taking the chemical (blood, breath or urine) test after you have been placed under arrest...

(7) ...unless you were involved in what you believe might have been a fatal accident.

That’s the only time I would advise a client to refuse to submit to a chemical test.

What Should You Do If Stopped For A DUI?
(8) Be polite.

If the officer asks if you know why you were stopped, be very polite, but in almost all circumstances...

(9) ... you should avoid admitting that you ran a red light, failed to stop, or whatever the officer might be fishing for.

The officer will ask if you have been drinking tonight.

(10) Do not tell the officer that you have been drinking.

(11) Instead, tell the officer that you prefer not to answer that question without talking to a lawyer.

You may think that by giving that kind of a smart ass answer you will piss the officer off and that you will surely be arrested. Well, as a practical matter, if the officer detects an odor of alcohol on your breath, you are going to jail no matter what you say. And if you tell the officer that you had two, three, four drinks, or a six-pack, you will only make matters worse. So, my advice is to...

(12) ... politely tell the officer that you are going to decline answering questions without first talking to a lawyer.

The officer is likely to ask you to step from the car to submit to field sobriety tests.

On the other hand...

At that point, the officer is still likely to place you under arrest. So you may wonder how the above advice benefited you. Well, be patient for a moment.

Once placed under arrest, the officer will ask you to submit to a chemical test or a series of chemical tests: intoxilyzer, urine test, blood test. If he has placed you under arrest (and he will specifically announce to you that you are under arrest for driving under the influence, so it shouldn’t be hard to tell that you really are under arrest. Additionally, in most circumstances, he will place handcuffs on you at the moment of arrest), then ...

(15) ... take whatever chemical tests she requests.

If you have followed my advice, this is what is likely to happen in your case. You have not made any admissions about how much you have had to drink and you have not submitted to field sobriety tests. Accordingly, in most circumstances, the officer will not be able to articulate sufficient facts that justify placing you under arrest. If you were unlawfully arrested, then the results of whatever chemical test or tests you submitted to, will be excluded from evidence. So, if you were stopped for speeding, no front plate or no rear plate improperly illuminated or some other traffic violation, the police officer will only have an odor of alcohol and nothing else to convict you. Presto chango, we win! Without a chemical test and on the flimsy evidence I have just described, I will win 99 out of 100 of those cases.