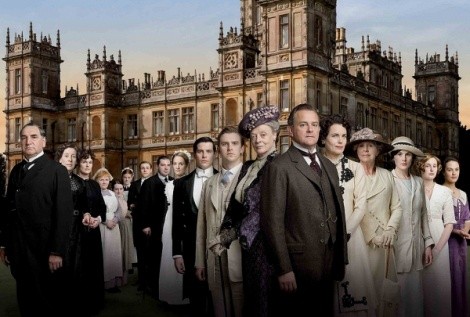 Downton Abbey: Season 2
The acclaimed British series about a fancy family and their gossipy servants who all live in a sprawling castle near Hogwarts with a pet dragon named Abbey, Mr. Bean and Doctor Who. I’ve never actually seen this show. (PBS)

Machete Joe
When a group of “urban legend hunters” set out in search of a killer named Machete Joe, they all get hacked up by a big dude named Joe who carries a machete. Does the title give too much away? BizzieLiving says “not cool.” (Phase 4)

Poolboy: Drowning Out the Fury
War vet Sal Brando (Kevin Sorbo) returns home, only to find that his former civilian job as a poolboy has now been taken over by Mexicans, and an evil crime lord (Danny Trejo) has murdered his family. Revenge and chlorination ensue. (Screen Media)

A Very Harold & Kumar Christmas
In the 28th installment of the franchise, Harold (John Cho) and Kumar (Kal Penn) reunite after years of estrangement to save Christmas, get high and somehow work in a Neil Patrick Harris cameo. BizzieLiving’s summary: “Crunk.” (New Line)