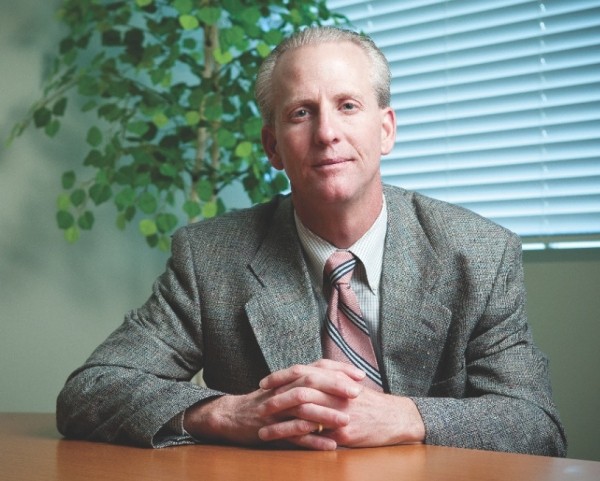 A bill is under discussion at the Legislature to create a board to study relocating the Utah State Prison and, if the concept is viable, to accept proposals to move forward with the plan. Senate Bill 72 has moved through committee and, as of press time, is expected to pass out of the Senate and on to the House. Under the bill, Senate President Wayne Niederhauser, R-Sandy, would assign two Senate members to that board. Considering that Niederhauser owns more than 30 acres of undeveloped property near the prison—which could increase considerably in value if the board decides to move the prison—his appointments may raise ethical concerns.

The cost to taxpayers for relocating the prison could be as much as $600 million, says Sen. Scott Jenkins, R-Plain City, who discussed his SB72 at a recent committee hearing. He says the costs could be offset by a combination of operational savings at the new prison of between $17 million and $20 million annually, plus the sale of the Draper property left behind, which, after it is developed, could sell for as much as $140 million.

The bill would create a Prison Land Management Authority, a special body that would research whether relocating the Draper prison is economically feasible and, if so, would seek requests for proposals from private-sector contractors to relocate the prison and develop the 690 acres it currently occupies in southwestern Salt Lake County.

The authority would, among others, include House representatives appointed by the speaker of the House and state senators appointed by Niederhauser. Jenkins’ bill would create strong protections against conflicts of interest, keeping members of the authority from serving if they stood to gain financially through relocation of the prison or development of the prison site.

Jenkins, however, acknowledged there was nothing in the bill addressing a conflict of interest on the part of Niederhauser, who would pick senators for the authority and who also has financial interests in developments adjacent to the Draper prison site.

Niederhauser is a manager of a company called GMMN Holdings, LLC., which owns 23 acres of undeveloped property in Bluffdale, roughly four miles from the Draper prison. The company also has residential properties, both developed and undeveloped, in a subdivision adjacent to the undeveloped 23 acres. Niederhauser did declare the land on his conflict-of-interest disclosure form.

According to Buzz Welch, director of the master’s program of real-estate development at the University of Utah and executive director of the U’s Ivory Boyer Real Estate Center, property even four miles away from the prison will see a “huge upswing in value” if the prison were relocated and replaced with a major commercial development. That does raise concerns, he says, that Niederhauser would be too closely tied to the prison-relocation plan.

Niederhauser says he doesn’t see a conflict of interest because he believes his properties will be developed and sold before the prison is relocated.

“I haven’t even thought about how the prison might affect us, because prison relocation is so far down the road,” Niederhauser says. “We’ll be done and won’t own any property in that area by the time that happens.”

Niederhauser says he’s owned property in the Bluffdale area for the past decade. His company had developed roughly 75 acres before the recession hit and everything stalled in 2008. He says his company has only just begun developing the last 25 to 35 acres since 2012. He hopes to finish developing the lots and expects to have them sold by the end of 2014.

But Niederhauser also has other close ties to the prison project. A group called Point West Ventures, consisting of real-estate and commercial developers and other individuals, formed in 2010 to lobby specifically for the relocation of the Draper prison so the prison property could be developed.

Mansell himself was a former Utah state senator and former Senate president. When he retired, he handpicked Niederhauser to take over his legislative seat.

Not only has Niederhauser’s business partner lobbied for the relocation, but SB72 sponsor Jenkins also confirmed with City Weekly that Point West Ventures was one of eight private-sector groups that submitted information to Jenkins and the Prison Relocation & Development Authority (PRADA) during 2012. The proposed 2013 bill will give PRADA the power to issue requests for proposals to contractors. PRADA was created by the Legislature in 2011 to study costs and benefits of relocating the prison; Jenkins was a member and used that experience for his bill this session.

Niederhauser stresses that he would not stand to personally profit through Mansell & Associates if the prison were relocated, but does agree his close association with Mansell could be a conflict of interest.

“It is a conflict of interest, and for that reason I have stayed away from that issue,” Niederhauser says. “I’ve not tried to influence PRADA or influence Scott Jenkins’ bill; it’s best that I just stay away from that.”

But under Jenkins’ SB72, Niederhauser won’t be able to stay away from his duty in appointing senators to the Prison Land Management Authority. Niederhauser says that, unfortunately, he can’t get around his own conflict of interest but says such things are unavoidable in a citizen-run Legislature.

The bill enjoys support from the governor and is moving quickly through the Legislature, but some, like Sen. Lyle Hillyard, R-Logan, have expressed doubts.

“I’ve only been [at the Legislature] 33 years, but I cannot remember a time that I’ve ever seen a project proposed that we were going to fund [in part] with savings in the program, where the money developed,” Hillyard says. He has expressed doubts that savings alone could offset the costs and worries about the potential tax burden.

“Before we step foot on this ice, I want to know how deep the water is,” Hillyard says.

Currently, lawmakers have not addressed the possible conflict relating to Niederhauser. The bill has been amended to require that no contract, sale, lease or exchange of the property will be approved without legislative consent in the next session, among other amendments. *

The University of Utah’s Welch says that as for the need to move the prison, it’s a no-brainer.

“Anyone with two eyes in front of their face could understand that for the last 25 years, that’s absolutely been the wrong use for that property,” Welch says. Welch says prison relocation and redevelopment makes economic sense, but says that the public perception of insider dealing could sidetrack the project.

“The infrastructure around the prison for retail, office, industrial, hotel and other types of commercial business is relatively mature and will drive the right developments on the prison site,” Welch says, while adding a caution to the project’s potential. “As long as you don’t get into a good-ol’-boys situation … then I think you should be fine.”

*An earlier version of this story incorrectly stated that the bill passed with an amendment allowing one Democrat to be appointed to the authority. That amendment was left out when the bill was passed out of the Senate on March 5.