A Simple Favor offers the simple pleasures of a cozy mystery. 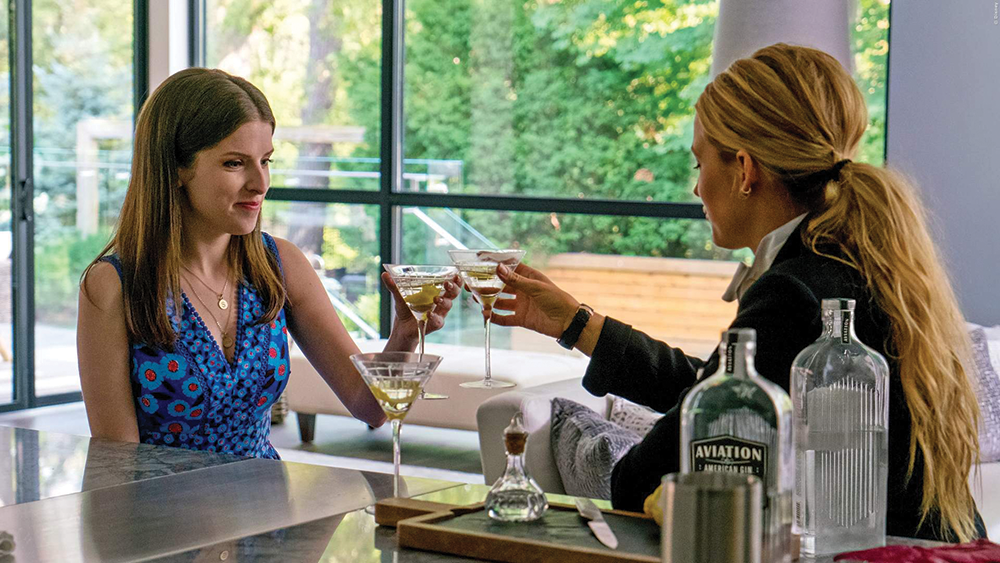 "Nancy Drew" is how someone sneeringly describes stay-at-home mom turned accidental detective Stephanie Smothers late in thedelightful mystery game that is A Simple Favor. It's meant as an insult, of course, but for everyone who knows it's not—that Nancy Drew was abadass girl hero—this movie has your back. More than has your back, even. Witty, tense and thrilling, Favor is without a doubt the most perfectcinematic version of a "cozy" mystery—the subgenre in which Nancy Drew is an icon—in a long while, maybe ever. I can't even recall the last time amovie that qualified as a cozy ended up on the big screen.

Enter director Paul Feig. With his last movie, Spy, he found a winning mix of comedy, suspense and feminism. He gets it absolutely right again here, witha completely different kind of story. His first great decision: casting Anna Kendrick as Stephanie. So much of how Favor keeps an evenkeel—as it traverses such wildly emotional and contentious subjects as female friendships, domestic discord, marital secrets and maternal competition—isdown to Kendrick's irresistible onscreen persona. She's kind but never cloying, smart but a little unsure of herself, stylish but not showy. She is at onceEverywoman but also aspirational: We all want to be her, and it doesn't seem outside the realm of possibility that we actually could be her. Or at leastwe could be her bestie.

That makes Kendrick's Stephanie a consummate cozy heroine, as she becomes when her friend, Emily (Blake Lively), disappears mysteriously. Emilyhad asked Stephanie to do her a simple favor: to collect her son from school—their kids are classmates and pals—as Stephanie had done before,because Emily was stuck at work. But then Emily doesn't come home that evening. Or the next day. Or the next. She's not answering her phone, orreturning calls or texts.

What happened to Emily? Did Stephanie fall so quickly into her best-friend crush with brash Emily that she overlooked warning signs of trouble in theother woman's life? Did they hit it off too quickly and too intensely, especially for two women who couldn't be more different—intimidating Emily with herglamorous fashion PR job in The City, and down-to-earth suburban Stephanie who volunteers for every chore at her son's school and sunnily shares herwhole life on her mommy vlog? Could there perhaps have been something nefarious in Emily's befriending of Stephanie? Or is Emily just the self-absorbed flake and desultory mom she appears to be?

A Simple Favor is based on the 2017 novel by Darcey Bell that has been likened to Gone Girl, but that's too small a comparison, at least for how screenwriterJessica Sharzer had adapted it for the screen. (I haven't read the book.) Serious matters are broached here, and feminist matters—Emily's admonitionto Stephanie to stop reflexively apologizing for everything is pointedly handled—but A Simple Favor is more interested in distracting us from realitythan criticizing it.

As Emily's absence stretches out, and widowed Stephanie gets closer to Emily's grieving husband, Sean (Crazy Rich Asians hottieHenry Golding), some dark turns and increasing twistedness never impinge on the movie's bounce (aided by Feig's unexpected but inspired choice ofsprightly French pop music for the soundtrack). And Kendrick effortlessly retains our sympathy even as Stephanie slowly is revealed not to be theinoffensively pleasant paragon she appears at first; if there is any cinematic justice, this movie will catapult her to a new level of stardom. Theridiculousness of it all couldn't be more purely entertaining, and that is absolutely wonderful. A Simple Favor made me forget everything outside it fortwo hours. I have to adore any movie that can manage that.