Drink Specials Are Back 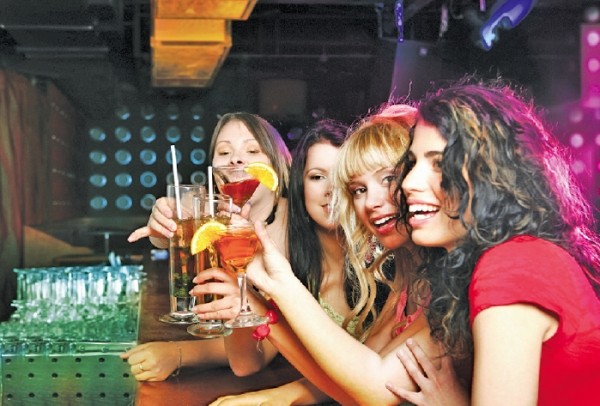 In 2011, the Utah Hospitality Association took the state to court over its prohibition-style booze policies, specifically 2011’s Senate Bill 314, which restricted bars from offering daily beer specials. The UHA equated this to price fixing from a Legislature drunk on its own teetotalling powers. A year later, the state has settled with UHA in a result resembling an all-night drunken debate, the morning
after which one party awakes and denies what the argument was about in the first place.


In Utah’s case, a central piece of the lawsuit—the ability of bars to change the price of drinks from one day to the next—is, according to the settlement, something the Utah Attorney General’s Office says was never prohibited by the law in the first place.


This is news to bar owners, who’ve been instructed by the Department of Alcoholic Beverage Control that changing the price of beer from one day to the next would, as per SB314, put bars out of compliance. Daily liquor and cocktail specials have been prohibited for years.


But according to the settlement, the law only prohibits “happy hours,” or specific times in the day that drink prices are discounted.


“That’s not what the DABC was telling us a year and half ago,” says Allen Whittle, acting UHA president and owner of Bogey’s Social Club in Clearfield. “If you go back and read the DABC newsletter in the spring of 2011, there’s instruction in there on the subject and they contradict what the Attorney General is saying.”


The revelation also came as a surprise to Sen. John Valentine, R-Orem, who drafted SB314.


“I don’t know where the assistant attorney general’s information is coming from because [that interpretation] doesn’t jive with my understanding of the statute,” Valentine says. He says when he prohibited daily beer specials in SB314, it was to bring beer regulations in line with the law that had for years made the same prohibition against liquor and mixed-drink specials.


While Utah has backed off keeping bars from discounting drinks, the decision isn’t going down entirely smoothly.


Bars can once again offer specials, but they can’t call them specials or advertise them in a way that lets people know they are specials, according to the settlement with the state.


Whittle says that bar owners were aware for years that there were no happy hours in Utah, but that the language of the statute prohibiting daily specials did have a loophole. The law prohibited a brand of alcohol changing in price from one day to the next, so, Whittle says, bars would offer a discounted brand just one day a week. A bar that wanted to sell $2 mimosas during Sunday brunch could sell only that brand of Champagne on that day for $2 and not offer it any other day.


In the 2011 session, SB314 extended the discount ban to beer, a move that angered bar owners since it’s not cost-effective to offer a beer—especially if it’s on tap—at a discount on just one day and not serve it the rest of the week. Because bar owners could not easily circumvent the daily beer special, it pushed the embattled industry to finally sue the state over the right to run their businesses.


The UHA’s suit originally attempted to dismantle another component of SB314 that ties increases in liquor licenses to available alcohol-compliance officers, such as Utah Highway Patrol troopers, on the street. The original complaint also sought to forbid legislators from taking input from lobbyists for The Church of Jesus Christ of Latter-day Saints, who the UHA worries have too much muscle on state lawmakers. These provisions, however, gained little headway in the UHA’s legal battle.


The Utah Attorney General’s office would not comment for this story, citing an ongoing policy against commenting for City Weekly articles. In the office’s legal filings, the state argued that happy hour and two-for-one drink specials were clearly prohibited, but did not reference daily discounts. In an article in The Washington Post, Assistant Attorney General Kyle Kaiser is quoted saying the state conceded nothing to the UHA.


“We did not change our position. We did not give them anything,” Kaiser said, telling the reporter that the law never forbade daily drink discounts.


This came as a newsflash to Valentine, who has, for years, been the Legislature’s point person on liquor laws.


“I don’t know how they got to there from the existing statute,” Valentine says. “That’s why I need to sit down with the Attorney General’s Office to help me understand how we came to this interpretation.”


Valentine says the office’s interpretation of the law flouts statute that has been on the books for years. He is also concerned about the legitimacy of the Attorney General’s settlement with UHA and notes that he was not consulted about the settlement decision.


Regardless, the UHA is taking this bizarre turn of events as a victory. Whittle says UHA is still considering whether to pick another fight over the Attorney General’s decision that daily drink discounts can’t be advertised as “specials,” which he says could be a potential First Amendment violation. But for now,

Whittle says the UHA is regrouping and is grateful that their legal battle helped clarify the law, even if it meant spending roughly $20,000 in litigating against the state.


“The law was really vague, and it took the lawsuit to get a clarification,” Whittle says. “It’s sad that you have to sue the government just to get
a clarification.”Â