The joys of pure cinematic technique 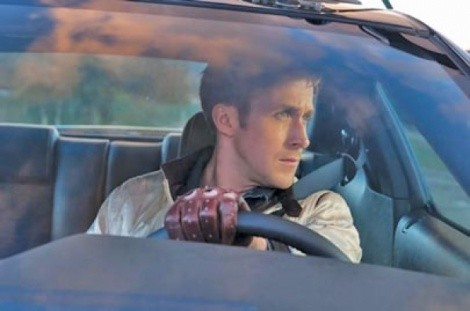 A word or two, if I may, in defense of the notion of style—as well as an observation regarding how patently absurd it is that style should need to be defended. Masterful filmmaking technique—the work of a cinematic artist who understands how to use light, sound, pacing and the like to elevate whatever story she or he is telling—is so uncommon in multiplex releases that viewers scarcely know how to respond when they’re watching something that wasn’t crafted to be background noise on TBS in 24 months. And myopic critics don’t help when they dismiss some films as “exercises in style,” as though appreciating pure aesthetics could not possibly be reason enough to groove to a work in a visual medium. At the movies, style matters—specifically because it’s so increasingly rare to find a filmmaker who can be bothered with it.

Nicolas Winding Refn’s Drive doesn’t so much as unfold as seethe; it cruises past you like a guy driving what he knows is the baddest-ass car on the block. You’ve seen plenty of movies about laconic, solitary antiheroes who get in over their heads. But chances are you’ve never seen one that tells such a familiar tale with such … well, for lack of a better word, style.

The laconic, solitary antihero in question is a never-named fellow (Ryan Gosling) referred to generally as “the driver” or “the kid.” By day, he mostly works as a mechanic in a San Fernando Valley garage, but his boss (Breaking Bad’s Bryan Cranston) also serves as his de facto manager for a pair of moonlighting gigs: driving stunts for movies, and serving as getaway driver-for-hire for a variety of heists and hold-ups. Personal connections aren’t really his thing, until he befriends a neighbor in his new apartment building: Irene (Carey Mulligan), a wife and mother whose husband, Standard (Oscar Isaac), is in prison. It’s when Standard gets back on the street—and his connections put everyone around him at risk—that things start to get complicated for The Driver.

Adapted from a novel by pulp-fiction writer James Sallis, Hossein Amini’s script doesn’t have all that much to say verbally, except when Albert Brooks is around as an ex-movie producer with his own shady connections. What little dialogue there is serves almost entirely to propel the plot along, as The Driver begins the process of trying to figure out who tried to screw him over, and why.

And that’s just fine, since virtually everything that makes Drive ridiculously satisfying comes from pure craftsmanship. That’s not just visually, since Cliff Martinez’s terrific synthesizer score and accompanying songs are an integral part of creating the film’s mood. From the opening sequence—in which we see The Driver masterfully showing off his skills escorting a pair of masked thugs away from their score—Winding Refn (Bronson) puts together a textbook example of making the most of your raw material. He understands exactly how to use the simple act of waiting to maximize tension, or when the ticking of a watch or the ringing of a phone is the ideal choice. Cinematographer Newton Thomas Siegel paints in multiple shades of darkness, and shoots a gorgeous moment in an elevator when the sudden change in lighting becomes perfect complement to the scene’s emotional register. Every choice feels inspired, from the moments when a killing is filmed from a mundane distance to the instances when violence is sudden, brutal and thoroughly unexpected.

If it’s all somewhat more than an “exercise in style,” you can thank Ryan Gosling. The script is savvy about parceling out information about whether The Driver himself is truly dangerous, or simply a behind-the-scenes guy forced into a dangerous situation. But Gosling has to sell what’s going on behind a cool facade as he grows closer to Irene and her son, and does so in a way that gets past the obvious “tough guy who learns how to love” dynamic.

That’s not to say that Drive actually packs much of an emotional wallop; the relationship between The Driver and Irene, and the surrogate-dad material, remains a bit too abstract to get us fully invested in The Driver’s ultimate happiness. So maybe the only pleasures here are superficial—assuming your definition of “superficial” is work by a director who grasps how to edit, score and light every moment to perfection. Me? I prefer to use another “s”-word.