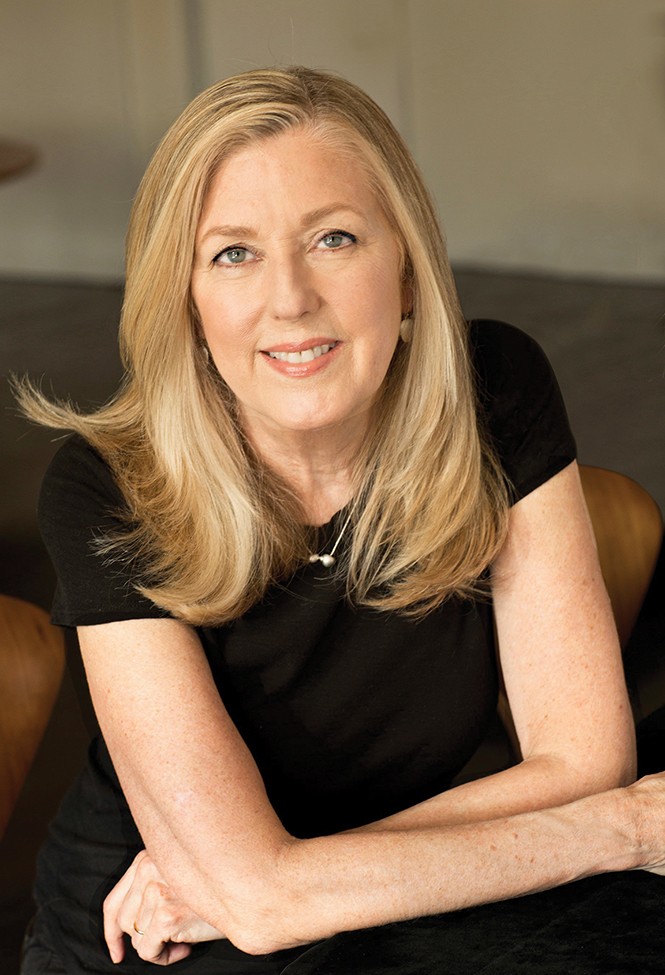 On May 24, 1991, Becky Aikman was in the audience for the opening night of Thelma & Louise, an under-the-radar comedy-drama about two women on an outlaw road trip, which was opening opposite macho big-budget action movies like Hudson Hawk and Backdraft. "There hadn't been much marketing or publicity about it," Aikman recalls, "so I didn't know what to expect. And it completely blew my mind, because there was nothing else like it at the time. I didn't fully appreciate until later how improbable it was."

Aikman—a veteran journalist for outlets including Newsday, The New York Times and The Los Angeles Times—certainly appreciates it now, after spending more than two years researching the story behind the making of Thelma & Louise. Her new book Off the Cliff dives into how deeply the deck in late 1980s/early 1990s Hollywood was stacked against a movie written by a first-time female screenwriter, with two women in the lead roles and which built toward a climax set in the Southern Utah desert that every studio executive would consider too depressing. After making initial contact with co-star Geena Davis, screenwriter Callie Khouri and producer Mimi Polk, Aikman was able to get 25-years-on reflections from key participants in the movie's creation, including Davis' co-star Susan Sarandon and director Ridley Scott.

The book's concept, though, was born not from Aikman's fascination with this specific movie, but from the broader issue of how women are treated in the movie industry. "I started out thinking I wanted to write about the problem that there aren't enough women's voices being heard in Hollywood," Aikman says. "I shortly came to the conclusion that if I droned on about this frustrating topic for 300 pages, I would lose my mind. So I thought, what if I followed a process of one great women's film being made—and made right—to see what I could learn."

Once that perspective came into focus, Thelma & Louise felt like the obvious choice. "It was a huge cultural force when it came out," she recalls. "It was a time when women were feeling frustrated, and it's still fresh today. It was clear it must have been hard, because this kind of movie rarely gets through the system. One with a single female lead is rare enough. But two?"

Despite getting one-on-one interviews with virtually everyone involved in the film—with the notable exception of then-unknown Brad Pitt, a frustration Aikman acknowledges with an audible groan—the author opted to turn Off the Cliff into a full narrative, rather than the kind of "oral history" that has become popular for such retrospectives. "I wanted to knit the stories together," she says, "get a lot more in by consolidating what people told me. There were cliffhangers and moments of drama, and ultimately moments of triumph. I thought it would be better written in a more novelistic way."

The details that Aikman uncovered are fascinating—many of them involving the casting decisions that almost came to pass. The role of bad-boy hitchhiker J.D. that eventually became a star-making moment for Pitt was originally given to Billy Baldwin, who dropped out at the last minute; one of the four finalists along with Pitt to replace Baldwin was a young George Clooney. Thelma and Louise themselves were almost played by Michelle Pfeiffer and Jodie Foster; when they dropped out, Meryl Streep and Goldie Hawn lobbied together for the plum roles.

But the most compelling background of Off the Cliff—the one that had seemingly every actress in Hollywood pleading for a shot at Thelma & Louise—is the uphill climb faced by a movie built by and around women. "We've all read articles, and seen statistics, of how few movies are written by, or directed by, or star women," Aikman says. "I interviewed so many people from that era, and I was truly shocked. They were blatantly sexually harassed, and treated with a lack of respect that must have made a lot of talented people think, 'I don't need this.' A lot of them were willing to talk about it now, but at the time, they were so desperate for work, they just put their heads down."

Despite the financial and pop-culture success of Thelma & Louise—which became a controversial topic of magazine think-pieces and won an Oscar for screenwriter Khouri—the epilogue for Off the Cliff seems to be how little has changed in Hollywood over the ensuing quarter-century. During a summer that's seen director Patty Jenkins' Wonder Woman become a breakout hit, Aikman hopes she's not being too naïve in hoping change is still possible. "You've gotta hope this is the moment when something happens, with so much attention," she says. "Tired franchises dominate Hollywood so much, people want something fresh. You need to let outliers like Callie Khouri have their say, and try to put that on the screen.

"That was a lesson of Thelma & Louise: Every studio but one said no to it. Nobody thought there was an audience for it. You have to let the people from a different background and perspective speak up, and take them seriously."