DPP of UT pushes for access to medical-cannabis products 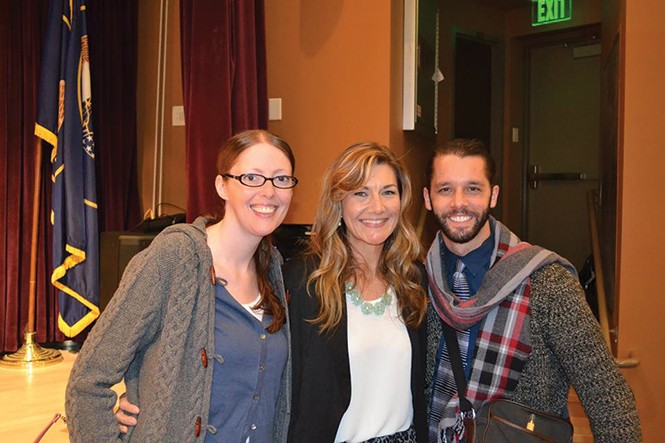 Christine Stenquist is a medical-cannabis patient and executive director of Drug Policy Project of Utah (DPPUtah.org), a nonprofit patient-driven advocacy group working to reform state drug law. The organization is pushing for changes in Utah law to allow patients to access to medical-cannabis products to treat conditions such as epilepsy, glaucoma and multiple sclerosis.

What sparked your interest in medical cannabis?


I suffer from a few conditions that have left me bedridden and housebound for the past 15-plus years. I have an acoustic neuroma, a benign brain tumor. In 1996, during a surgery to remove the tumor, I started to hemorrhage and they had to stop procedure. I slipped into a coma, and several days later when I came to, I was deaf in my left ear and had muscle weakness on the left side of my body. I required a walker and spoke like a stroke victim. I still have about 60 percent of the tumor remaining and a lot of nerve damage pain. I was diagnosed with fibromyalgia about 15 months after brain surgery, and a migraine specialist diagnosed me with hemi cranium continua.

Why should medical users have all the fun while recreational users are deemed lawbreakers?

Recreational use and medical use are two very separate conversations. Virtually no one would argue that the large-scale criminalization of drugs (the so-called "War on Drugs") has been successful. The worst offenses related to the recreational use of cannabis come from organized criminal elements and not from the individual users. I'm supportive of any policy that reduces the power of criminal organizations, empowers individuals to make responsible choices and takes the cross-hairs off of peace officers and citizens.

Correlation isn't indicative of causation. Just because someone tried cannabis doesn't mean it lead him or her down the road to hard drugs. Typically, this argument is an example of the one-size-fits-all logic that has led to emotionally-based legislation, and not to legislation based on data-driven science.

Do you foresee the day when Utah will legalize recreational cannabis?

Any robust medical program must go hand-in-hand with decriminalization—otherwise patients will constantly be at-risk of being arrested for possessing their medication. Decriminalization is not legalization, and the two should not be equated. Decriminalization would provide a legal shield to patients while still allowing peace officers the opportunity to target criminal organizations and cartels.

Certain scientific and medical communities are reconsidering Schedule I drugs such as psychedelics like psilocybin, LSD and MDMA for medical use. Should the U.S. government consider revamping its Schedule I substance classifications?

The entire scheduling scheme of the federal government needs to be addressed. In order to allow for the research and studies necessary to truly evaluate the benefits of any given substance, we must re-evaluate the way in which we categorize and classify substances.

For those on board with your medical-cannabis mission, what's the next step?

Visit our website. Come forward and share your stories. Utahns are already benefiting from cannabis, and The Drug Policy Project of Utah is collecting patient stories from patients who meet the appropriate criteria. In order to build upon our successes, we need new supporters as well as donors willing to help our advocacy organization for Utah's patients.