DVD | The Rights Stuff: A pre-election film festival to remind you of what the Constitution protects. 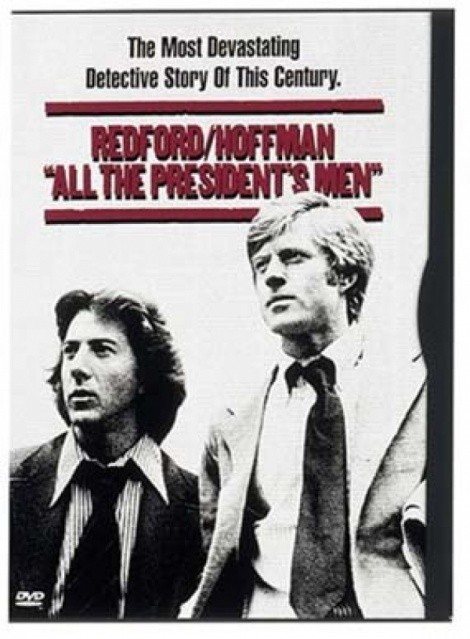 If the last seven-plus years of life in America have been, ahem, something of an ongoing challenge to the ideals of the U.S. Constitution, well, we’ll have our chance soon enough to have a say in how the next four-to-eight years will go when we vote on Election Day. But just in case you need a reminder of what the Constitution guarantees citizens, here are a few flicks to bring you up to speed. Watching them won’t even feel like homework.

The First Amendment to the Constitution, of course, includes a guarantee of the freedom of the press, which gets a healthy workout in the 1976 thriller All the President’s Men. It’s made all the more thrilling because it’s based on the real story of how two newspaper reporters brought down a corrupt president merely by revealing the naughtiness he’d gotten up to. The darker side of the First Amendment is explored in the 1996 film The People vs. Larry Flynt, which asks us to consider the value of protecting even unpopular or unlikeable expression.

The right to keep and bear arms is assured by the Second Amendment, but the boundaries of that right continue to be debated more than two centuries later. Michael Moore’s 2002 documentary Bowling for Columbine explores the American love affair with the gun and wonders whether it’s doing us more harm than good. For a fictional narrative that looks at the impact of readily available firepower, see 2005’s American Gun.

n n n n What happens when a gun is used in an illegal way? The Sixth Amendment comes into force, ensuring the rights of an accused at trial, including the right to be judged by a jury of one’s peers and the right to counsel. A still-riveting depiction of a vulnerable defendant aided by a diligent lawyer is 1987’s Suspect, in which public defender Cher goes above and beyond the call of duty for her client, deaf-mute and homeless Liam Neeson. The supremely goofy Runaway Jury, from 2003, is an entertaining look at what might happen were members of the public jury pool tempted to try to right inequities in the judicial system.

If a defendant becomes the convicted, he might be glad of the Eighth Amendment, which prohibits cruel and unusual punishment. The death penalty has been challenged numerous times with reference to this prohibition, and the 1995 film Dead Man Walking tells a fictionalized story of one real-life opponent of the death penalty. For the flip-side, see Errol Morris’s 1999 documentary Mr. Death: The Rise and Fall of Fred A. Leuchter Jr., about the engineer who created a “more humane” electric chair.

Most Americans probably would be even unhappier with the 18th Amendment—it prohibited the sale of alcohol—if it hadn’t been repealed by the 21st. Of course, 1987’s The Untouchables—about the war between lawman Eliot Ness and gangster Al Capone during Prohibition—is probably the most famous movie about the era, but don’t overlook Johnny Dangerously, which predates The Untouchables by three years. This 1984 spoof sends up exactly the kind of intense cops-and-robbers melodrama the later movie would embrace wholeheartedly.

A majority of the citizenship of the United States wouldn’t be allowed to vote at all without the 15th Amendment (which extended the vote to African-Americans) and the 19th (which gave women the right to vote). Iron Jawed Angels, from 2004, is an intense look at the brutal war early American suffragettes fought; 1998’s Bulworth is a rather more comedic look at what happens when one white establishment politician suddenly starts paying attention to what black voters want.

Enjoy your cinematic education in the U.S. Constitution. Just don’t get so caught up in the movies that you forget to vote.