Dweezil Zappa tonight at the Depot

Son of the Freak: Dweezil Zappa delivers his dad’s music to a new generation. 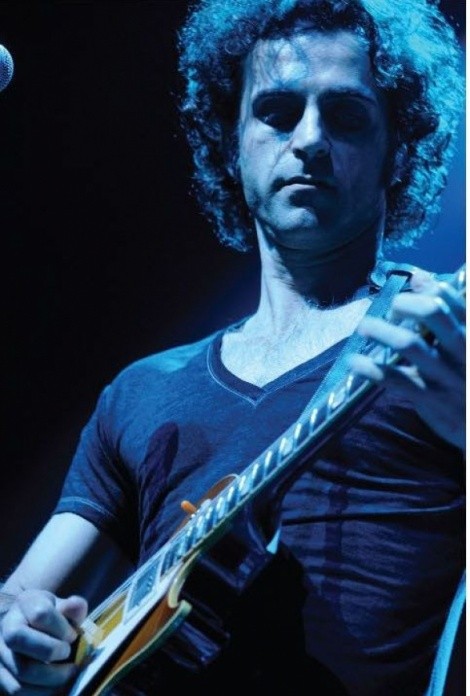 Frank Zappa’s 1966 debut Freak Out! was presciently titled. Zappa’s music evokes a range of reactions, almost all some form of freak-out.

You might fall into fits of laughter, go hopelessly bonkers, or get pissed off: “What is this shit?!” Or perhaps you “get it,” as if Zappa’s odd tuplets and freewheeling lyrical themes are bundled into your DNA. Fact is, Zappa—whom straight-laced folks regarded as a freak—is tough to wrap one’s head around.

Just ask his boy, Dweezil. Yeah, that dude. His name is familiar, probably because of Frank’s 1982 crossover hit/novelty song “Valley Girl,” which showcased his daughter Moon Unit and added another chapter in the popular perception of Frank Zappa, the crazy composer who gave his kids weird names. Four years later, Dweezil made a name for himself with shred-guitar albums and stints on MTV.

Although he’d carved his own musical niche, after Frank died in 1993 Dweezil wanted to ensure his father’s music lived on beyond simple reissue campaigns. To that end, he formed Zappa Plays Zappa, a band dedicated to taking Frank’s music to a younger audience.

“The impetus … was to educate the audience,” since the average person’s exposure to Zappa’s music has been the comedic material like “Valley Girl” and “Don’t Eat the Yellow Snow,” says Dweezil. Instead of writing a book or lecturing, Dweezil took two years to learn enough of his pop’s catalog to take ZPZ on tour to deliver a “broader perspective.”

Dweezil’s horizons would be first to expand. Beyond rudimentary first lessons from guitar virtuoso and one-time Zappa band member Steve Vai, Dweezil was a self-taught “rock” guitarist with a taste for widdly-woo arena-rock solos. Although he’d grown up watching his dad and developed a hefty musical vocabulary, Dweezil had to become a “musician” to understand his dad’s compositional approach.

Dweezil started with guitar. Frank was a guitar hero whose six-string acrobatics involved a sensibility that paired a jazzman’s improvisational skills with the most open of minds. Getting into that headspace, re-creating that towering musical presence, was Job 1. “I needed to learn some of the other impossible guitar parts and take it to extremes,” says Dweezil.

Eventually, ZPZ toured and released an eponymous live CD/DVD, which found the band—a group of Zappa neophytes—winning over crowds with note-perfect renditions of Zappa’s greatest, including “Zomby Woof” and “Peaches En Regalia.”

Not that it was easy. At first, the band was met with the expected skeptics. Some huge Zappa fans even thought rarities like “Imaginary Diseases” and “Regyptian Strut” were Dweezil originals and complained—or called ZPZ a glorified cover band. But that proved Dweezil’s point: Even if you think you know Frank Zappa, you don’t. Ultimately, ZPZ’s enthusiasm and reverence earned them a Grammy and the respect of his father’s audience.

Now ZPZ is touring behind The Return of the Son of …, a live two-CD set on which they resurrect more of FZ’s material. Mainly they stick to the more familiar recorded versions, but they have the chops to improvise in the Zappa tradition. Special to Son, however, are the guitar solos, which Dweezil decided to take into the stratosphere, just like his dad.

“Frank’s music sounded the way it sounded because he wrote it that way, and he made people play it that way,” Dweezil says, noting that sharing his father’s music and helping expand on it creates a feeling of closeness that transcends death. “Ultimately, my goal was to create a band that could play this music with respect and really give people an authentic experience.” And that’s something to freak out about.

Music Music Profiles Try These Freak Out! wrote i, Video