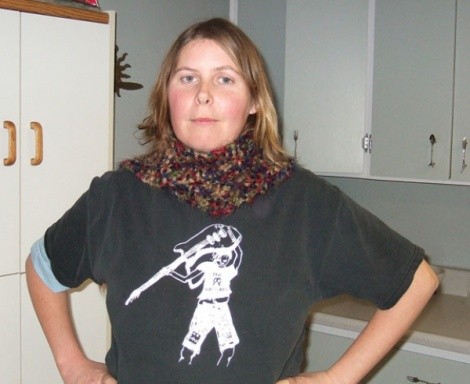 There is a big girly show coming up Sunday, July 10, and it’s cheaper than Lilith Fair and closer than any female-based concert in Olympia, Wash. It’s called Ladyfest, and it was founded by musician Engrid Ohlson (aka Swedish-Ish Fish). Intrigued, I asked Ohlson some questions regarding this summer chick-fest.

Portia Early: I hear that Ladyfest is inspired by the Olympia Ladyfests of yore. Describe that Olympia scene and what we can expect on July 10.

Engrid Ohlson: Olympia is the heart of the riot-grrl scene, DIY culture and home to the best indie labels in the country, in my opinion. It is a town full of musicians, artists and writers who have a deep sense of community, politics and expression. The majority of bands at the original Ladyfest in 2000 were from Olympia and other Northwest towns.

Ladyfest Salt Lake City 2011 will feature local bands. There are so many female musicians here that are not getting the recognition they deserve. I figure, let’s start out by building our own community first, and then we can bring in bands from other places, which we will do next year. I want all of the ladies here to become more recognized and have a bigger fan base.

EO: The Vision, My Dead Ego, Libbie Linton, Yours Truly, ESX, Dances With Wolves, Swedish-Ish Fish, The Relief Society, SLFM and Kelly Green from the Teen Tragedies. We will also have Kate Wolsey showing some of her films, a few artists showing and selling their work, a women’s self-defense demo, vendors and other workshops.

PE: Would you compare Ladyfest to Lilith Fair?

EO: Ladyfest is more “underground,” DIY, feminist, political, grassroots, queer-friendly and “indie” than Lilith Fair. The music is more varied, ranging from folk to punk rock and metal. It definitely has a more rebellious air to it. Lilith Fair is cool, too, but … if someone said I could either play Ladyfest or Lilith Fair, I would choose to play Ladyfest every time.

It is indeed a rarity to see a female-musician festival, so please make it a priority to see these fine females. I myself play about 80 percent of the bands, and I’d like to thank gals like Ohlson for introducing me to more female talent.