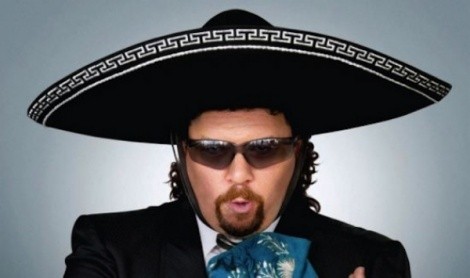 Eastbound & Down: Season 2
Shunned by ‘Merica, Kenny Fucking Powers (Danny McBride) makes his baseball comeback in Mexico, pitching for the Charros and smoking and screwing everything in sight. Easily the most important sports saga since Rocky, or at least Rocky II. (HBO) Netflix

Rio
A rare Brazilian macaw (Jesse Eisenberg) is taken to Rio to mate with the last of his kind (Anne Hathaway), only to be captured by evil bird smugglers and have his chances at getting laid thwarted. Kids’ movie, right? (Fox)
Netflix

The Coffin
Two strangers (Karen Mok, Ananda Everingham) partake in a supernatural coffin ritual to reverse death, upsetting the karmic balance of the universe until everyone around them starts dying. Insert Obamacare joke here. (Breaking Glass)