Breakfast at El Maestro is a hidden gem 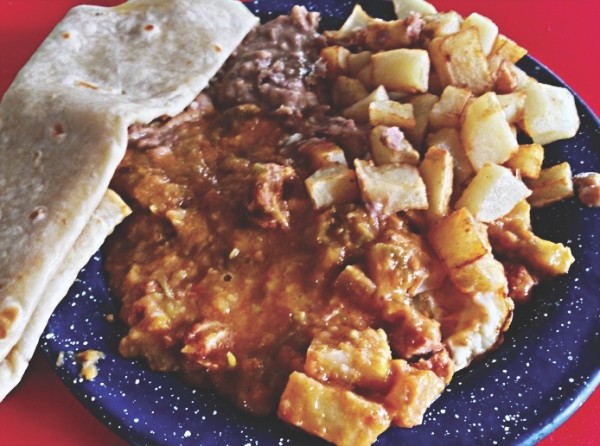 A drive on 900 West between 3300 South and 2100 South goes something like this: warehouses, bumpy railroad tracks, more warehouses, trucks, industrial sites ... Wait, is that a little cafe?

That little cafe is El Maestro, tucked on the east side of 900 West among the warehouses. It’s been open just four months, but the owners used to have a taco truck at the Latin Market, so they know food.

Inside, it’s a hybrid between a convenience store and a deli. On the menu you’ll find two breakfast options served between 6:30 and 11 a.m., and a larger lunch menu that includes burritos, quesadillas, tortas, tacos, tamales, chalupas and chile verde served from 11 a.m. to 3 p.m. The food here is all made fresh and in-house daily.

If you’ve got the time in the early morning, try the breakfast: the huevos rancheros platter or the breakfast burrito. The platter has two eggs smothered in delicious chile verde sauce with fried potatoes, beans and a flour tortilla. Fair warning, that chile verde sauce has a wicked kick to it—you might need to reach for ice water after each bite.

The breakfast burrito is loaded with fried potatoes, eggs, colby-jack cheese and your choice of chorizo, ham, sausage or vegetables rolled in a flour tortilla. If the huevos rancheros platter was slightly sadistic, this is its calming, comforting younger brother. We chose chorizo for our meat. Overall, it was slightly spicy, but with a fresh taste. Every ingredient attempted to outdo the other. Finally, we stopped wondering which part we liked best and enjoyed all of them together. Our only regret with the burrito was that we ordered just one.