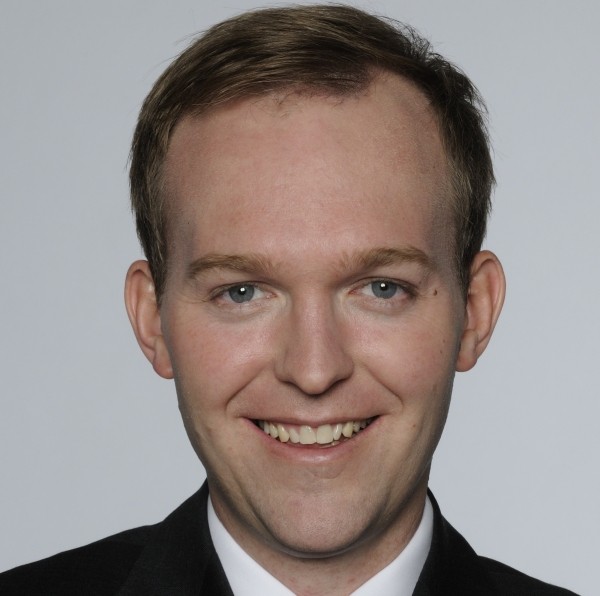 On a crisp fall morning, Ben McAdams’ campaign for Salt Lake County Mayor has staked out a pavilion at a West Jordan park, featuring a pancake breakfast, balloon-animal-making and an inflatable bouncy castle. Even more popular than the castle is an inflatable smiling head—apparently a package deal with the bouncy castle—that the children gleefully kick between its unflinching eyes. Under the pavilion, McAdams also unflinchingly takes one of his least-favorite campaign questions from a mother, with babe in arms, who admits she comes from a Republican family.


“So, what do you think of Mitt Romney?” the woman asks.


“I have some concerns,” McAdams says after a pause, and leaves it at that.


“A safe answer!” the woman says with a laugh.


While McAdams doesn’t mind talking about the national race or national issues, he obviously prefers talking about his county-mayor campaign. Since winning the Democratic Party nomination in April, he’s been working nonstop to introduce himself to county Republicans and moderates as a bipartisan worker.


Nevertheless, the shadow of Mitt hangs over the 2012 election, with Democrats worried that the county seat—held since 2004 by Democrat Peter Corroon—could be swept away by a wave of Republicans voting for Romney.


McAdams hopes that a Romney landslide wouldn’t necessarily mean the same for his Republican opponent, Mark Crockett. The trick for McAdams will be selling voters on the county’s role on unconventional issues such as education, and that his record in local government can translate into executive-style prowess.


The nature of his pitch will invariably mean some more uncomfortable conversations.


“Politics is like a dare sometimes,” McAdams says to City Weekly, preparing to hand off campaign pamphlets to boisterous soccer moms and dads who’ve come to the park to watch their kids’ games. “There was a time you never would have got me to talk to all the soccer parents, even on a dare.”


McAdams benefits from the fact that education is important to families of all political stripes, though he’s taken flak from Crockett on the issue, since education is primarily the responsibility of the Legislature and local school districts.


McAdams, however, wants the county to expand its after-school and English as a Second Language programming. He points out that the city mayors within Salt Lake County meet monthly to discuss common issues and brainstorm solutions, but no such collaboration exists with school-district superintendents. It’s a collaboration he would like to start as mayor, along with uniting county voices to lobby the Legislature.


“The county, together with our mayors—who represent 40 percent of our state’s population—know that it’s time to come together and raise our voices and start proposing ideas,” McAdams says.


McAdams has defended the county for deferring maintenance costs and keeping county-employee pay down throughout the recession. Nevertheless, McAdams proposed in September a comprehensive performance review of county operations. Such a cost-efficiency plan would be the first in the county’s history, but not the first in the county race—from the beginning, Crockett’s campaign has focused on streamlining county government.


McAdams’ call for a performance review, though similar to Crockett’s campaign platform, is no ploy, he says. Crockett says his plan will find $40 million to $80 million in savings, and he’s posted it on his campaign website since February. McAdams, however, says Crockett’s plan is vague, with entries such as: “Mar.-April: Systematically collect lots of alternative ideas for ways to improve [departments],” or “May-Jun: Quantify the costs and benefits for change,” and “Nov: County council approves budget with less spending and fewer taxes.”


“It’s not a plan so much as it is a Facebook status update,” McAdams says.


But to be county boss, McAdams has to demonstrate experience as well as vision to voters—especially county conservatives. While McAdams has support from Republican mayors such as Taylorsville’s Russ Wall and Sandy’s Tom Dolan, Crockett lords his private-sector experience over McAdams’ experience as a legislator and adviser to Salt Lake City Mayor Ralph Becker.


“You all know the difference between government relations and lawyers, and people who actually run things,” Crockett said at a recent mayoral debate before the Salt Lake Chamber of Commerce.
McAdams’ record working with Salt Lake City government is significant, but it’s also largely involved lobbying the Legislature on behalf of Salt Lake City, where McAdams helped the city find dollars for the airport TRAX line construction and renovating the North Temple viaduct. He also famously got former Sen. Chris Buttars, R-West Jordan, to back down from thwarting Salt Lake City’s antidiscrimination ordinance for LGBT citizens.


While McAdams touts his leadership on those projects, he demurs about the Salt Lake City Public Safety Complex, which drew a firestorm of criticism for Becker when it was first announced it would be built on Library Square.


McAdams says his involvement was limited to setting up financing and that he was not deeply involved in planning the project, which, after much public outcry, was moved across the street from the library.


McAdams points to one of his first assignments for Becker in 2009 as proof of his ability to manage complicated projects. At the end of Rocky Anderson’s mayoral administration, Salt Lake City had concluded a contentious battle with North Salt Lake over disputed land that divvied up 13 acres to Salt Lake City and eight acres to North Salt Lake. Salt Lake City planned to make a nature preserve on its 13 acres.


McAdams says visiting the preserve now is like “being transported back in time 100 years. You can’t see any development, but you can see the Great Salt Lake and the rest of the valley—it’s the last undeveloped piece of the old Bonneville shoreline.”


But after the two cities’ détente, the Federal Energy Regulatory Commission unexpectedly approved a natural-gas pipeline to be dug through the preserve. McAdams rallied dog owners, hikers and open-lands activists to oppose the project. The day FERC was to hold a hearing on the pipeline’s route across what was known as the “13 acres,” McAdams quickly got the city council to rename the parcel as the Bonneville Shoreline Nature Preserve. The fast-tracked rebranding had federal regulators commenting that they had no idea the project area was on a nature preserve.


McAdams also went to North Salt Lake and got the city to ask for the pipeline to be moved to their side of the land in exchange for mitigation money that would help North Salt Lake commercially develop the area. In the end, the company got its pipeline, North Salt Lake got dollars for development, and Salt Lake City kept its newly named nature preserve.


While for some voters, McAdams’ executive experience may not compare to Crockett’s experience as a business consultant, McAdams says voters aren’t looking to elect a manager.


“A manager doesn’t look beyond the confines of what’s expected—a leader looks at what’s possible,” McAdams says. “When we look at the challenges facing the county on the horizon, [like] air quality and maintaining a quality public-education system, a manager would conclude, ‘I don’t have to do any of that.’ But a leader would say, ‘These are huge challenges facing our community, and I’m going to do something about it.’ ”