Mitt-Lite or “Rocky of the Right”? 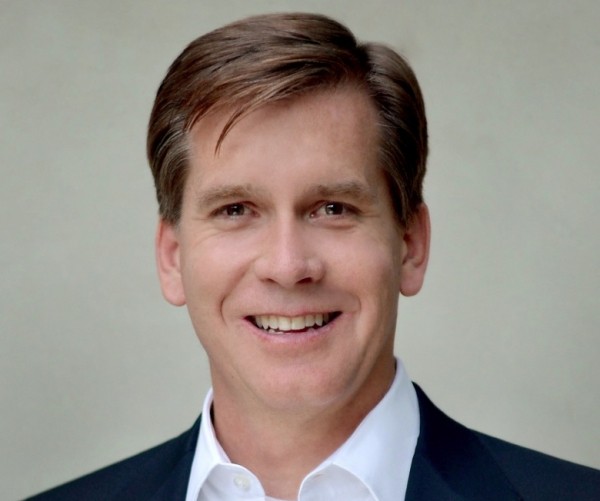 In running for Salt Lake County mayor, Republican Mark Crockett can bank on his years as a consultant, advising businesses away from the precipices of bankruptcy and back into the money. That Crockett can talk shop—like Utah’s chosen son, Mitt Romney, who has campaigned heavily on his experience turning around companies—is a major plus for Crockett’s campaign. But Crockett will be the first to point out that his brand of consulting is a lot different from Romney’s.


“We found [our style of consulting is] far more effective,” Crockett says. “And we’ve helped companies save billions in dollars a year.” Crockett’s consulting is based on collaboration with stakeholders—unlike Romney’s model of taking over a company through a leveraged buyout and making changes from the top down. But like Romney, Crockett has to engage in cozy business relationships with other big fish in the small pond of the Salt Lake Valley. His firm, for example, is employed by the medical-device company run by Cottonwood Heights Mayor Kelvyn Cullimore. It might be dicey, given Cullimore’s strong support of Millcreek leaving Salt Lake County and becoming an incorporated city, thereby taking its tax revenue out of the county that Crockett might be elected to govern.


In an interview with a reporter, Crockett carries himself smoothly and calmly, speaking almost in the monotone of a banker or accountant to whom you’d hand over your money based on demeanor alone. He only seems to be upset when discussing Democrats and how Salt Lake County has moved away from fulfilling basic services. “It’s only 10 to 15 percent of the county mayor’s thought time [that] goes into these programs,” Crockett says of the county’s foundational programs, such as those for at-risk seniors, the homeless or recipients of drug-treatment programs.


Crockett says the campaign of his opponent, Sen. Ben McAdams, D-Salt Lake City, is fixated on an agenda totally unrelated to county services.


“You read about all the stuff in the paper and the stuff on Ben’s website, and it’s all the stuff that has nothing to do with what the county is about,” Crockett says, raising his voice slightly. “The county is supposed to be about saving lives, and we need to get better and smarter about doing those programs.”


McAdams has grabbed headlines in a race that is likely one of the largest, most competitive races between a Democrat and a Republican this fall. McAdams, a popular legislator among his constituents and colleagues across the aisle, has campaigned on using the county to lead on issues normally outside of its jurisdiction, such as education. If elected, he intends to use the county seat to lobby districts and the state for better school programming.


“We’re not choosing a consultant in this election, we’re choosing a leader,” McAdams said at a recent KCPW radio debate.


After graduating from BYU, Crockett dabbled in corporate law for a time before doing consulting for McKinsey & Company, a New York firm with a larger and longer history of business consulting than Bain Capital has, on which Romney has staked his business experience. Crockett left that enterprise, moved to Utah, started his own tax business, grew it, then sold it to H&R Block and began doing his own business consulting.


His Vici Capital Partners, despite having a name that hearkens to the “I conquered” translation of Julius Caesar’s proclamation “Veni, vidi, vici” proclaims itself to be have a much nicer, consensus-driven approach to fixing dysfunctional companies beyond simply buying them out and taking control.


Vici’s style works to put all shareholders in the same room to speak the same language when it comes to the costs of doing business right. Crockett’s most recent public client was the 240,000 employees of Bank of America, who, he says, are seeing $7 billion in annual savings through his efforts where he helped bring employees and managers into alignment.


“There are 3,600 employees at the county—5,500 if you count the part-timers, 20,000 volunteers—300 different programs, and there’s no way one person or even a manager’s group could know all of the different things we could do better,” Crockett says. “People who are on the front lines every day and people who live in their office and hold meetings all day long actually speak a different language.”


Crockett enters less as a manager and more as a translator/group discussion facilitator to the company. “That’s one of the things that is necessary to actually make change—you have to get people speaking the same language,” he says.


“I simply don’t think that Mark Crockett is stable enough to be county mayor. He can’t handle disagreement in a mature way,” Urquhart wrote in a blog. During a phone conversation with City Weekly, Crockett responds to Urquhart’s label with a dry chuckle, before adding, “Sometimes … campaigns aren’t nice.”


Liberal blogger Eric Ethington also blasted Crockett for having his lawyer send a cease-and-desist letter to Ethington for tweeting the link to a blog that showed public documents of an outstanding tax lien owed by Crockett. Crockett says the $172.46 tax lien was unresolved due to a missed processing fee—which he has since paid. Crockett complained the information posted was more than enough for hackers to steal his identity. Ethington was shocked when Crockett described him and his friend as “political terrorists” in a Deseret News article.


While he’s campaigned on his dollars-and-cents know-how, his business ties could also present a political conflict.


In 2008, Crockett stepped down as a board member of Dynatronics, a medical-device sales company operated by Cottonwood Heights Mayor Kelvyn Cullimore. His Vici Capital Partners then entered into an agreement to streamline Dynatronics’ operations and sales force.


Crockett acknowledges that Vici still works with Dynatronics, but describes the amount of work as mostly “advisory.” The issue of a conflict is notable since Cullimore has been a major advocate of county townships incorporating and becoming their own cities. Even during the campaign season, Crockett has joined Cullimore in hosting forums advancing the idea that Millcreek incorporate, leave the county and pay for its own fire, police and other services, much the way Cottonwood Heights does.


“If I become mayor, of course I’ll have no business dealings in the county,” Crockett says.


If elected mayor, Crockett would assume a full-time role, focusing solely on turning the county into a well-oiled machine that he says would be able to offer pay increases to county employees and deliver its basic, bread-and-butter services more efficiently.


In Utah politics, the mantra of running government like a business is almost a cliché, but for Crockett, there’s nothing acceptable about living with a bureaucratic status quo when he knows exactly how to make organizations big and small run leaner and meaner.


“If Target can figure out when a woman is pregnant before her husband knows, based on what she buys and what she clicks … can we just be a little smarter about how programs and people match and find what works best?” Crockett asks.Â