Since summer is a slow season for politics, City Weekly figured it would also be a good time to bug Utah’s politicians to see if they could share some book recommendations. The rules were simple: Recommend two books, with only one being overtly political. Below is a sampling of the responses we received;

Rep. Jason Chaffetz, R-Utah
Mud, Sweat & Tears
by Bear Grylls
“I have enjoyed him on TV, so I thought I would take a chance to read about his upbringing, and I thoroughly enjoyed it. A quick, entertaining read.”

Empire of the Summer Moon by S.C. Gwynne
“I enjoy history and this is one of the best about the brutal nature of some life on the plains in a century past. Not for the faint of heart. Beware.”

Lt. Gov. Spencer Cox
Thomas Jefferson: The Art of Power, by Jon Meacham
“I first went to Monticello when I was 8 years old and fell in love with Thomas Jefferson. This is one of the best biographies to explain a complicated and sometimes contradictory founding father.”

Born to Run by Christopher McDougall
“I started running three years ago, and after reading this book I realized I was doing it wrong. Fascinating and informative book on the power of exercise.”

Utah Attorney General Sean Reyes
Unbroken by Laura Hillenbrand
The Marvel Encyclopedia: The Definitive Guide to the Characters of the Marvel Universe by Daniel Wallace

House Speaker Rebecca Lockhart, R-Provo
Anything by Brandon Sanderson
“It’s fantasy genre. He’s a local author. He finished the Robert Jordan Wheel of Time series after Mr. Jordan died. His work is fantastic if this is a genre you like, and have time for 1,100 pages. Probably not so good for taking on a plane, unless you get an older paperback. His newest is Words of Radiance, Book 2 in the The Stormlight Archive series. The Way of Kings is Book 1.”

The Liberty Amendments, by Mark Levin.
“He shares some very specific and compelling ideas to address the challenges we face in the U.S.”

Rep. Rebecca Chavez-Houck, D-Salt Lake City
The Handmaid’s Tale by Margaret Atwood
“I read this when I want to scare the bejesus out of myself. Dystopian? Yes … but just think about recently proposed legislation to require pre-abortion transvaginal ultrasounds in other states and some public officials equating rape kits to abortion (Texas State Representative Jody Laubenberg in 2013), and then tell me that there isn’t a tad bit of disconcerting possibility to this story.”

Active Liberty: Interpreting Our Democratic Constitution by Stephen Breyer
“While my strict constructionist colleagues may not necessarily agree with him, I believe for non-lawyer folks like myself who want a basic understanding of constitutional law, it is a good (and easy) read. Justice Breyer notes that “examples suggest that increased emphasis upon that (democratic) objective by judges when they interpret a legal text will yield better law—law that helps a community of individuals democratically find practical solutions to important contemporary social problems.” 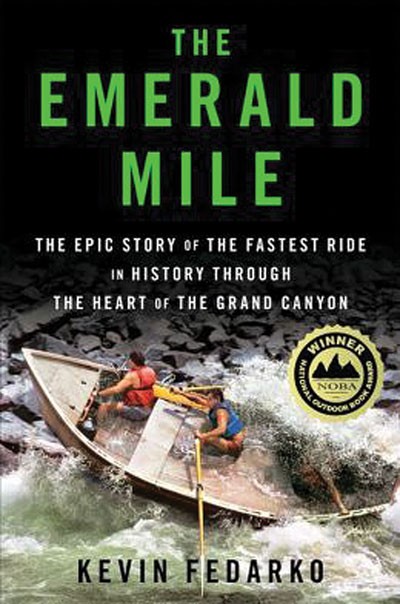 Salt Lake City Mayor Ralph Becker
The Emerald Mile: The Epic Story of the Fastest Ride in History Through the Heart of the Grand Canyon by Kevin Fedarko
“A fabulous narrative about fearless ‘river rats’ chasing a speed record. Also an excellent history of the flooding of the Grand Canyon, and management of Glen Canyon Dam.”

The Tao Te Ching by Lao Tzu
“A little book that is a source of great wisdom and balance.”

River Flow, collected poems by David Whyte
“To steal a line from Whyte and marry it with Speck’s work, there is a conversational nature about the world that can be a particularly engaging dialogue between you and a pedestrian-friendly environment.”

Nothing Like It In The World by Stephen E. Ambrose

“That is two of the 10+ books I am reading this summer. They are two really good ones.”

Utah State Auditor John Dougall
Eisenhower in War and Peace by Jean Edward Smith
Ghost in the Wires: My Adventures as the World’s Most Wanted Hacker by Kevin D. Mitnick

Utah State Treasurer Richard Ellis
How Will You Measure Your Life by Clayton M. Christensen
“I found this a must read for my sons that are just graduating college. It causes one to think about one’s values, and to think about how to maintain balance in life as they begin their careers.”

Hell’s Corner by David Baldacci
“I enjoy the action and mystery that Baldacci creates in his novels. I find this type of book relaxing
and generally something I can’t put down when I am reading.”

Rep. Rob Bishop, R-Utah
America’s Constitution: A Biography by Akhil Reed Amar
“Even a Conservative can appreciate the liberal Democrat’s analysis of the Constitution’s language put in historical context.”

All The King’s Men by Robert Penn Warren
“Classical historical novel with names changed to protect all.”

Rep. Jeremy Peterson, R-Ogden
The History of the Decline and Fall of the Roman Empire by Edward Gibbon
“I just completed Volume 2 of 6 this week.”

Letters From a Nut by Ted L. Nancy
“[This] is also a favorite read.”

Rep. Carol Moss, D-Holladay
The Goldfinch by Donna Tartt
“[Tartt] recently won the Pulitzer Prize for fiction for this gripping, often dark odyssey through the criminal underworld of art. It’s long, but worth the time. This is her third novel. She only writes one book a decade, so they are eagerly awaited by the literary world.”

The Smartest Kids in the World (and how they got that way) by Amanda Ripley
“A journalist who writes for Time and The Atlantic, Ripley follows three American exchange students to Finland, South Korea, and Poland and examines the ways their educational experiences differ from their schools in the U.S. All three countries have had enormous success with reform measures, measures that should be carefully examined by policymakers in the United States. One surprising insight: teaching is more rigorous, but standardized testing is not excessive as it has become in this country.

Rep. Brian King, D-Salt Lake City
The Righteous Mind: Why Good People Are Divided by Religion and Politics by Jonathan Haidt
“It’s about psychology, sociology, and the relationship between our intuition and our rational thinking. I’m about two-thirds of the way through and have found it eye-opening.”

Exit, Voice and Loyalty by Albert Hirschman
“Hirschman was an absolutely fascinating guy. A brilliant economist but someone who, in her younger years, fought in the Spanish Civil War against the fascists and then fought for the French Resistance and then worked to bring exiles from Italy and Germany into the U.S. He was a bit of a renaissance guy. Anyway, he made his name as a world class economist.

“Exit, Voice, and Loyalty is about the relationship between organizations and their individual members. What do members do when they feel the organization is headed the wrong way? They can exit, as is very common in markets (if you don’t like one product, you switch over to one you like more) or they can raise their voice to move the organization in one direction or another (if you don’t like the way the political party is going you can raise your voice). Economists are predisposed to favor exit. That’s the way consumers are assumed to exercise their preferences. Political scientists are predisposed to favor voice. It’s how things generally operate in the political framework. The reality is that there is plenty of both in each arena and Hirschman’s book plays that out and explores the circumstances under which voice is more effective than exit and vice versa. (Loyalty is something real and common in our lives that complicates the relationship between exit and voice.)

Rep. Jennier Seelig, D-Salt Lake City
Gender, Politics and Institutions: Toward a Feminist Institutionalism edited by Mona Lena Krook and Fiona Mackay
“I am in the middle of writing the dissertation for my Ph.d.; What in the heck else do you think I’m reading?

The Bean Trees by Barbara Kingsolver
“A Kentuckian, Taylor Greer leave home and finds a new start in the Western United States. She absorbs and loves the West—through the life lens and humidity of her Midwest origins. And that’s about a whole lot of me.”

Bonus Pick (poem)
Manifesto: The Mad Farmer Liberation Front by Wendell Berry
“Berry’s a farmer that lives and breathes the land and the animals that make their home on it. He’s also a prolific writer and philosopher. He reminds me a lot of a couple of my rural colleagues up on the Hill who I’ve grown to deeply care for and appreciate. They love the land, possess a strong sense of place, and challenge authority in their own ways. They have taught me that:

“As soon as the generals and the politicos
can predict the motions of your mind,
lose it. Leave it as a sign
to mark the false trail, the way
you didn’t go. Be like the fox
who makes more tracks than necessary,
some in the wrong direction.”

Rep. Jim Nielson, R-Bountiful
The Devil in the White City by Erik Larson
“This book was a gripping historical account that felt like a novel. Aside from encountering the astounding tale of the mass murderer on the prowl in Chicago during the Columbian Exposition, It was uncanny to realize just how much of our nation’s culture can be traced back to the magic of this pivotal World’s Fair.”

Outliers by Malcolm Gladwell
“In my view, any book by Malcolm Gladwell is better than the best Broadway musical or blockbuster film, but this is my favorite of Gladwell’s. The message as I understood it is something we all need to hear: ‘You’re not so special; you’ve just had more practice than most of us in one particular arena—enough to become an expert.’“

Salt Lake County Councilwoman Aimee Newton
The Rent Collector by Camron Wright
“This was a fictional story based on actual events about a Cambodian family that lives at and makes their living at a dump. I found the book interesting because when I was a little girl my parents decided to host a Cambodian refugee family. I was in elementary school and I remember moving out of my bedroom so this entire family—dad, mom, grandma, and two children—could sleep on mattresses on the floor. This book gave me a new appreciation for the luxuries we enjoy.”

The Male Factor—The Unwritten Rules, Misperception, and Secret Beliefs of Men in the Workplace by Shaunti Feldhahn
“I read this book a few years ago and will be reading it again this summer. Being the only woman on a nine-member county council, I find that the more we can understand each other’s gender differences, the better. This book is data-based and gives women a greater perspective on how men think.”