This year's sold-out event brought more than 1,200 to Stargazer Ranch 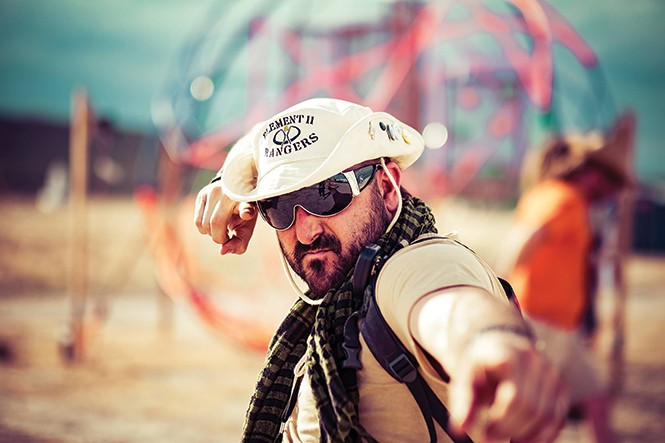 Jeff Reese, a developer for City Weekly sister company Avenews Software, is known as Ranger Thermyte in the Burning Man community and heads up Element 11, a Burning Man regional event that took place July 9-12. He offered a recap of the sold-out event that brought more than 1,200 Burners to the Stargazer Ranch in Box Elder County.

Did the new location at Stargazer Ranch work out? How does the terrain compare with the previous location?
Stargazer Ranch was amazing! The local law enforcement and fire departments were great to work with, and our EMS team worked with them very fluidly. The terrain was similar [to our previous location], but it was less salty and wet. It is a perfect new venue, and we are happy to call it our new home.

Rumor has it some Burning Man bigwigs were in attendance this year.
Yes. Meghan "Megs" Rutigliano is the regional network coordinator for Burning Man. Megs is a singer/performer who performed for us and also did an interview on our E11 radio station. She told us that our festival is the most like Burning Man of any regional she has been to, which is an amazing compliment for us. Also attending was Danger Ranger, a co-founder of Burning Man, who is also responsible for starting the Black Rock Rangers. Danger Ranger did an awesome presentation about the prankster culture that led to the formation of Burning Man. There was a lot of pranking at Element 11 this year, especially having to do with the "capture the flag" game going on between the theme camps. It was fun seeing all of the creative ways people stole camp flags from each other and raised them in their own camps.

What were the effigies you burned this year?
We had three: "Tet," which was created by Matt and Laura Chiodo; "A Fixed Luminous Point in the Night Sky," created by David Shelton, Eric Christensen and The Pineapples; and the "Twelvefold Temple of the Cosmos," created by Bobby Gittins and Alice Toler with their large team.

What other types of art/creativity showed up?

It would take a book to list everything, but we had awesome theme camps, art installations, art cars, sound stages and creative people coming up with inspiring ways to radically express themselves.

Do most people wear costumes, or is it pretty much a nudist's paradise?

Clothing is a very big part of our festival. People spend a lot of time dressing up. Many of the things people wear are handmade and are some of the most exotic and fascinating things you will see anywhere. While nudity does occur and is the way that some choose to express themselves, it is far from the standard "attire."