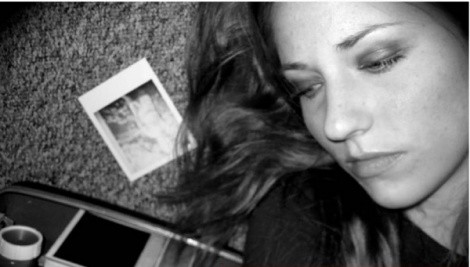 While Utah’s music community is generally geared toward groups and ensembles, a dedicated base of artists is making a case for the solo route—Spiral Diary, RuRu, Wendy Ohlwiler, David Williams and Joshua James hold their own and captivate crowds with just a voice and guitar/keys/etc. One largely unsung hero has been crafting and perfecting her talent longer than many of her more prominent contemporaries. Not that Emme Packer is complaining about the lack of attention. With four full-length albums—including the new double-disc Earlier, Later—she’s busy building a lasting legacy.

Packer started playing piano in elementary school, but quickly tired of classical training. “I hated people telling me what to do and how long I needed to practice, so I quit after a few years and not really having gone anywhere,” she says.

At 13, she saw someone playing guitar on television and the old spark returned. This time, she opted to bypass formal lessons.

“I taught myself without learning chord names or anything—I just played what felt right,” she says. “It took a couple years before I began writing songs and they were pretty immature.”

In 2001, Packer released her debut My Small Town, a record she admits was “extremely cheesy,” with the young artist repeating the same chords throughout each song.


Packer’s 2003 follow-up, the self-released Dirty Street, hit a more upbeat tone and evidenced all those years of musical home schooling paid off. The album served as both a reflection and preview on her artistic evolution.

With Better Luck Next Time (2005), she finally forced herself to hit the road.

“I was so extremely shy and insecure that I didn’t show many friends or family that I could really play or write,” she says. “It took touring at the age of 20 to get out of that mentality.”

That same year, she also started up her own label, Blue Siren Records and in 2007 released the biggest commercial success so far, Joy. The Machine. Tracks like “Enigk” and “No Recollection” snagged airplay on X96, KRCL and UtahFM, resulting in opportunities to share the stage with bigger indie names including The New Frontiers and Sea Wolf.

Packer started working on the ambitious Earlier, Later before Joy’s official release, but technical difficulties— switching studios, losing gear, house flooding, losing money and departing band members—prevented its timely fruition. The delay gave Packer the opportunity to refine the sprawling album, playing with new aesthetics, sounds and structure of every track, even going so far as to record in a closet under the stairs of her house.

The result is a gentle yet powerful collection of songs. Their simplistic chords sail in and immediately find a home in the back of your mind, creeping in like you’ve known each tune for years—a distant memory that always evokes powerful emotion. Packer’s guitar skills put on a showcase of talented bliss, but her voice takes center stage. She sings as if she’s sharing the greatest secrets and the listener is the sole recipient of the news. She hovers close to the microphone, projecting in confidence, touching on the deepest parts of her heart. Every song explores a new piece of the emotional puzzle, from love and discovery to depression and death. Earlier, Later is one of those rare expansive albums that strikes a perfect balance between heavy and light, with an equal distribution of ensemble pieces switching off with simplistic single guitar and hushed vocals.

The album hit iTunes in June and reached stores in late July with an official release show Aug. 22, after which Packer flew to Spain for an overseas tour. She’s come a long way since those failed piano lessons.

“If I could say something to anyone trying to be any kind of artist, it’s that what you have to say is important, even if no one relates and if you are looked at differently for being candid and real,” she says. “Just be who you are and do it. You don’t want to wake up one day and realize that you didn’t take a chance at your dreams.”