Environmentalism as a new "religion" 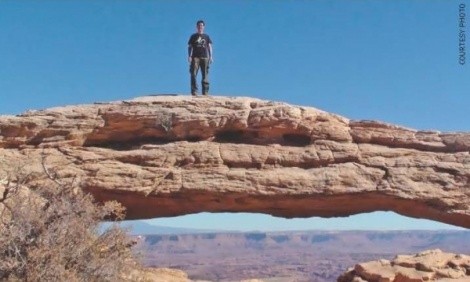 In the past decade, critics of climate change have said overt environmentalism—especially when it diverges from science—has systemically become “the new religion” because of its complex belief system, fear-mongering and proselytizing. For City Weekly’s Green Guide, we asked Kevin DeLuca, University of Utah associate professor of environmental communication, to weigh in.

Is environmentalism becoming a religion?
I think environmentalism, maybe, has some New Age practitioners who take on a certain spiritualism with it, maybe even considering themselves pagans. But, I can say, as a whole, it’s very different from religion, because religion is based on a belief system that, fundamentally, cannot be proven.

For environmentalism, it has to be based on science—like the issue of the ozone hole, it was proven scientifically. When environmentalism moves into simple, passionate statements, it has problems. It can’t be faith-based, because then it becomes only about changing people’s minds, and it’s hard to make policy thereafter.

What about the rhetoric?
Certain environmental groups veer away from science and scientific findings and become churches of charismatic megafauna. They embrace pandas, whales and so on, because they’re cute, cuddly and easy to love; these—and not the bigger-picture—are concerns we, as people, easily embrace. Humans don’t like ants, which are more crucial, but not as charismatic.

Environmental rhetoric is like church rhetoric when it’s strictly about humans. They say, “We have to stop climate chaos because people will get hurt,” instead of worrying about larger ecosystems. For both, these sorts of appeals make sense because humanity’s self-absorption is infinite—our attention is attracted to appeals about ourselves.

How does each system use fear to guide its disciples?
Both are well versed in apocalyptic, “The end of the world” jargon—at least, for religion, Christianity is. Certain environmental groups talk about it a lot. Of course, it’s a bit of an overstatement; it’ll just be humans and some other species—the world will keep going. I think for both, the fear is basic: of the unknown or the extinction of ourselves, our children and grandchildren. These are pretty motivating.

What are environmentalism’s commandments, in your opinion?
1. Nature is the measure of all things.
2. Walk.
3. Know the ground you stand on.
4. Touch a tree.
5. Listen to the earth’s inhabitants.
6. Stop pillaging the planet.
7. Take media sabbaticals.
8. The love of money is the root of all evil (Jesus was right).
9. Practice insurrection and resurrection.