A long pandemic offers a chance to finally watch some of cinema's great longer films. 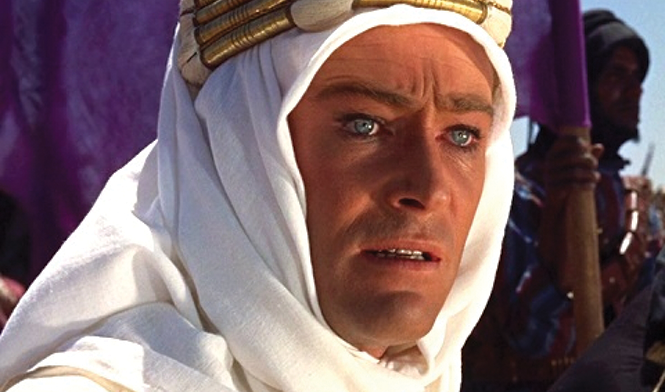 Three months into the pandemic and three-and-a-half years into the end of the world, I have more time to myself than I used to. Aside from trips to the grocer or hiking trails, my life is lived indoors. Real life being too real, I'd rather indulge in fictional narratives—and the longer the narrative, the longer it drowns out Armageddon. So these days, I busy myself watching all the long movies I haven't seen since college, or never got around to in the first place. Kill time with some of these grand titles.

Once Upon a Time in America: Director Sergio Leone's preferred version runs about four-and-a-half hours, and features 50 years in the lives of Robert De Niro and James Woods (before we knew he was a creep) as hard-ass Jewish gangsters taking over New York and falling out over Elizabeth McGovern. If you can handle the casually cruel violence, copious narcotic use and horrific rape (ugh), you can soak up the stunning performances and rich period detail.

Fanny and Alexander: The title siblings in Ingmar Bergman's tour de force are living an idyllic childhood until their father dies unexpectedly and their mother marries a cruel bishop. Only in Sweden, right?The three-hour U.S. release version won the Oscar for Best Foreign Language Film; the five-hour version is richer, even more beautifully realized. Come for the Jewish mysticism, stay for Sven Nykvist's camera work.

Until the End of the World: That U2 song fromAchtung Baby?That's from this movie. Now that I've watched Wim Wenders' feature again, I'm not sure what I liked about it in the first place. It's not the story, which follows globetrotter William Hurt as he tries to record images he can project into his blind wife's mind. Maybe it's so I can say I sat through a four-hour and 47-minute movie.

Lawrence of Arabia: Peter O'Toole plays the title T.E. Lawrence, who, on behalf of Her Majesty's government, goes to the Middle East in WWI to aid Prince Faisal (Alec Guinness) in a revolt against the Turks. Of course, Lawrence gets a taste of power and it slowly rots his brain. Try to seeiton the big screen, when that's a thing again. Pack a lunch.

Spartacus—The "I'm Spartacus!" scene still produces goosebumps, and Kirk Douglas's chin could still cut a bitch, but you know what really stands out? The Noo-Yawk accent on Antoninus (Tony Curtis). These guys are supposed to be Roman, right? Director Stanley Kubrick got out of the epic market for his next two films,LolitaandDr. Strangelove, then singlehandedly kick-started the LSD biz with the gargantuan2001: A Space Odyssey.

The Deer Hunter—If you can get through the wedding sequence, you'll be rewarded with an on-the-nose-but-still-perfect ending that will make you weep in the strangest Vietnam film outside of Kubrick'sFull Metal Jacket. De Niro is stunning, Christopher Walken won awards, John Cazale died before it was released, and Russian Roulette...my God, the Russian Roulette. Not for the faint of heart.

Apocalypse Now Redux—Depending on whom you ask, this is Francis Ford Coppola's last great film or his best near-miss. I choose the latter, if only because it's the best Vietnam War movie ever ... until Marlon Brando shows up, and then it goes to shit. Reduxhas more good stuff, because it's longer, and also more bad stuff, because it's longer. A thirdversion, The Final Cut, is shorter thanRedux, and STOP MAKING DIFFERENT VERSIONS ALREADY.

Sátántangó—I couldn't get to this one. Will you? Seven hours and 19 minutes of director Béla Tarr's signature sustained takes will make it more compelling than Andy Warhol'sEmpire, but how much is a matter of opinion. For shorter Tarr, go forThe Turin Horse, a movie about the end of the world—just right as the world seems to be ending.