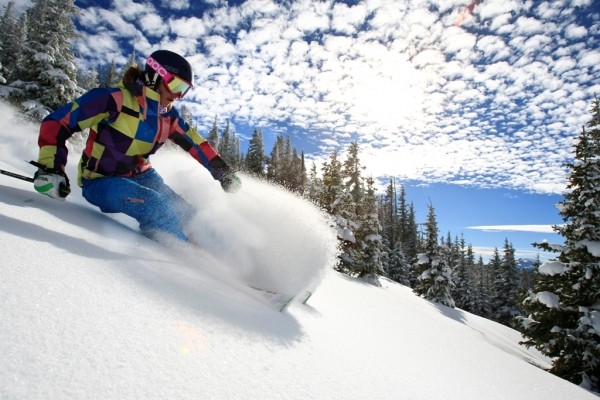 Park City has long been a destination for national and international skiers. Now, locals can turn the tables and make Park City the jumping-off point for their own national and international ski trips. When Vail Resorts recently added Park City’s Canyons Resort to the Vail stable, it brought not only benefits to skiing in Utah, but also access to many other ski destinations around the world. With a single pass—the Epic Pass—skiers can hit Canyons whenever they want and also try different Vail resorts and partnerships across the globe.

With 26 mountains in six states, four countries and two continents on one pass, it’s going to be, well ... epic. It’s also going to encourage Utah skiers to try some great new travel opportunities.

The Epic Pass ($729 for the 2013-14 season) allows unlimited skiing at all included resorts in the states and five days each at three different locations in Europe with no blackout dates. Enterprising skiers could schedule a trip with 15 days on the slopes in the Swiss Alps, France and Austria without paying additional pass fees.

If your travel plans don’t include crossing the Atlantic, the Epic Local Pass ($569 for the 2013-14 season) is for the American resorts, including Lake Tahoe and Colorado, with some limits on certain locations as well as some blackout dates.

Both types of passes have already sold out for the 2013-14 season, but are scheduled to be on sale in March for the 2014-15 season. Here’s a rundown of which resorts are included.

Arlberg, Austria. The Arlberg ski area is a series of seven villages in the Alps. The location in southwest Austria means you can get there from Italy, Switzerland and Germany.

Colorado: Vail, Beaver Creek, Breckenridge, Keystone, Arapahoe Basin, Eldora. The five resorts of Vail, Beaver Creek, Breckenridge, Keystone and Arapahoe are all within about an hour of one another. The drive from Salt Lake City is between six and seven hours, or about 90 minutes if you first fly to Denver. Eldora is located in Boulder County, a little closer to Denver, and about two hours from the other resorts.

The exclusive Beaver Creek isn’t announcing just any old lift,  but rather a new escalator that takes you to the snow. Just so you don’t strain yourself, someone will carry your skis to the escalator while you travel along heated walkways.

Keystone is noted as a family resort, where kids 12 and under ski free if you stay two nights, and can play with parents in the mountaintop snow forts. Keystone Lake, at five acres, is the largest Zamboni-maintained outdoor ice rink in North America.

Breckenridge has added 540 new skiable acres this year, while Vail’s Mountaintop Express Lift up to the Back Bowls and Blue Sky Basin has been upgraded to a six-passenger chairlift to increase capacity by 33 percent.

Lake Tahoe: Heavenly, Northstar, Kirkwood. Northstar is Shaun White’s home mountain and primary training resort. While he’s at the 2014 Olympics in Sochi, Russia, you can try your own tricks on Northstar’s 22-foot super-pipe.

Advanced skiers will want to check out Expedition: Kirkwood, a black-diamond ski school that takes skiers to fresh snow and steep faces while also teaching them about backcountry avalanche safety.

The daily Unbuckle party at Heavenly resort’s Tamarack Lodge was named the No. 1 aprÃ¨s-ski party in North America by Forbes Magazine. From 3:30 to 5:30 p.m. daily, the lodge, sitting at more than 9,000 feet, features half-price drinks, DJs and performances by the Heavenly Angels—women who can both ski and dance.

Midwest: Mount Brighton, Mich.; Afton Alps, Minn. The good news about Vail adding these two Midwest locations to their roster is that both are near Delta hubs, making them easy to reach from Salt Lake City. Mount Brighton is less than an hour outside of Detroit, while Afton Alps is just 40 minutes from Minneapolis.

Utah: Canyons Resort. We can’t forget Utah’s own resort, which was ranked No. 10 by SKI magazine’s best ski resorts in the West for 2014. The $75 million in recent improvements includes North America’s only heated, enclosed chairlift. For aprÃ¨s-ski, show your Beehive pride at the Umbrella Bar by ordering a scone burger: a patty served on the state’s favorite form of carbs, and topped with—what else—fry sauce.

Utahns are lucky to have a number of world-class ski resorts right in our back yard, and now luckier still to have a way to travel to resorts around the world.