ReduxNut-Cracker, Sketch Cabaret, Mummies of the World and more.

THURSDAY 12.16
Odyssey Dance Theatre: ReduxNut-Cracker
Like many teens, Clara is bored by her parents' holiday party. She doesn't want to play with the other kids. She'd rather just sit on the couch and play on her smartphone—which is exactly what she's doing during the opening scene of Odyssey Dance Theatre's ReduxNut-Cracker, a modern retelling of the holiday classic, the Nutcracker.

Odyssey Dance puts a twist on just about every aspect of the ballet. Tchaikovsky's original score is remixed with a hip-hop beat. The ballet steps are spruced up with jazz and hip-hop. And the story, while familiar, has one big alteration: There's no Nutcracker and no prince. In place of the prince is that smartphone, acting as Clara's guide into the magical realm of the Nutcracker.

When Uncle Drosselmeyer discovers the phone is Clara's object of obsession, he steals it just long enough to make a few changes, then drops it back into his niece's lap. When Clara returns to swiping and texting, strange things happen: Her house drops away, and she enters an alternate reality where she's visited by giant evil mice dressed as '90s gangsters. She vanquishes the Mouse King with her phone. Each new press of a button transports Clara to a different place. Though she never makes it to the palace of the Sugar Plum Fairy, modern Clara is transported to different realms, where she sees dances from around the world—variations on the original Chinese, Arabian, Spanish and Russian dances. (Katherine Pioli)
Odyssey Dance Theatre: ReduxNut-Cracker @ Kingsbury Hall, 1395 E. Presidents Circle, 801-581-7100, Dec. 16-23, 7:30 p.m.; Dec 19, 2 p.m., $20-$40. KingsburyHall.Utah.edu

FRIDAY 12.18
Sketch Cabaret
After roughly a year of retooling and a sporadic production schedule, Sketch Cabaret had come under new management and returned to the Salt Lake City art scene over the past few months with a flurry of creativity.

These cabaret showcases highlight models and performers who come out to thrill the crowd with an evening of eclectic entertainment that's centered around a theme. While the show is going on, artists are allowed to come into the venue with whatever artistic tools they may choose to bring—perhaps to sketch the performers onstage or create original works as the show is happening. Over the years, Sketch Cabaret has invited an array of talent, from professional costume and makeup designers to belly dancers and aerial artists—all drawn, painted, charcoaled, etched and graphically designed throughout the night by artists ranging from college students to luminaries in the local art scene.

This month, the cabaret's theme is "Duality." The lineup is kept secret until shortly before the evening's kick-off, but there will be three figure-drawing stations with models posing for one to 20 minutes. Meanwhile, live music and performance art are happening all around The Metro for five hours. If you want to see something outside the mainstream of local nightlife, this is a show worth attending. More importantly, if you're an artist looking for inspiration, here's an amazing to get subjects you're not normally used to sketching. (Gavin Sheehan)
Sketch Cabaret @ The Metro, 615 W. 100 South, 801-520-6067, Dec. 18, 9 p.m.-2 a.m., $15 general/artist, $10 student, 21+ only. Facebook.com/SketchCabaret

FRIDAY 12.18
Mummies of the World: The Exhibition
Return of the mummies: It sounds like a movie thriller. But the reality is more fascinating than fiction, and the "sequel" to one of The Leonardo's most popular exhibitions assembles a new cast of characters, with new galleries and unique narratives. The return of Mummies of the World to Salt Lake City is one of the most eagerly awaited exhibits of the year.

The new selection investigates the connections between mummies, science and medicine, and it includes the Burns Collection, an assemblage of mummies used for medical education in the 19th century. It's an insight into the early days of the teaching of medicine as we know it. Another highlight of the show is MUMAB, an example of ancient mummification techniques applied to a man who passed away in recent decades and donated his body to science. This specimen has been used as a benchmark to compare to ancient mummies and study mummification methods firsthand.

What makes this such a fascinating experience is that, as you unwrap the secrets of these individuals and artifacts, you find insights into their lives and histories. This second visit of the traveling exhibit, the most successful museum touring exhibition in the United States, showcases the more scientific aspects of mummification, and what we have learned from those processes. Viewers learn about commonalities they share with people who lived thousands of years ago. It's a mirror into ourselves. (Brian Staker) 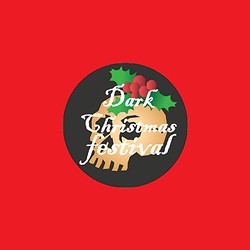 MONDAY 12.21
Dark Christmas Film Festival
The holiday spirit moves us all in different ways. For many, it's a delightful time, full of lights, merriment and that warm fuzzy glow that comes from giving—and there's plenty of entertainment to feed traditional sensibilities. For others, however, their notion of seasonally appropriate fare runs more to Gremlins than Miracle on 34th Street, films that reflect a slightly less idealized—or perhaps even just plain dark—notion of Christmastime.

Those who lean toward the somber can enjoy a showcase of work created by local talent, all designed around grim, bleakly comic or otherwise saccharine-free views of the holiday season. The Dark Christmas Film Festival—produced by Filmulate, a local organization that has created several genre-themed short film festivals, including the Home Town Tales documentary fest, and Demon Chaser horror films for Halloween—is scheduled to feature 14 brand-new short films by Utah filmmakers, with a $500 prize for the winning entry. There may even be a guest appearance by Krampus, that dark creature who teaches the boys and girls on "the naughty list" a lesson.

Ticket proceeds from the evening will go to benefit CreateReelChange.org, a nonprofit that specializes in helping people with mental health issues—including veterans, refugees, people in recovery and the homeless—express themselves through film. All you need to do is embrace that part of yourself that smiles a little bit at the idea of Santa getting stuck in the chimney. (Scott Renshaw)
Dark Christmas Film Festival @ Broadway Centre Cinemas, 111 E. 300 South, 801-321-0310, Dec. 21, 7 p.m., $12. Filmulate.com

TUESDAY 12.22
Bugs Bunny at the Symphony II
For those of us who grew up watching Looney Tunes, the adventures of Bugs Bunny, Elmer Fudd, Daffy Duck and company were more than just hilarious animated shorts full of visual imagination and colorful characters. They also introduced many of us to classical music, employing beautiful orchestral and operatic works to brilliant comedic effect in Chuck Jones' masterpieces like The Rabbit of Seville and What's Opera, Doc?

Back in 1990, conductor George Daugherty and David Ka Lik Wong brought some of these classic cartoons to live audiences with live symphonic accompaniment for Bugs Bunny on Broadway. Over the subsequent 25 years, the show has gone from New York to a touring production, now in its revised Bugs Bunny at the Symphony II incarnation. Daugherty conducts the Utah Symphony for a two-night run that plays the aforementioned Rabbit of Seville and What's Opera, Doc?, as well several other vintage cartoons featuring Daffy Duck, the Road Runner and Wile E. Coyote and all your Looney Tunes favorites, giving them a new jolt of energetic fun. (Scott Renshaw)
Utah Symphony: Bugs Bunny at the Symphony II @ Abravanel Hall, 123 W. South Temple, 801-355-2787, Dec. 22 & 23, 7 p.m., $18-$78. UtahSymphony.org