THURSDAY, DEC. 24
God Hates Robots: Holiday Shit Show
Got last-minute Christmas shopping to do for an art lover or two on your list? Local gallery God Hates Robots' holiday show is open right up till the day before, with art you can purchase, take right off the wall and hang up at home or wrap up and slip under the tree.

A seasonal exhibit titled Holiday Shit Show—what else would you expect from a gallery named God Hates Robots? Seriously, gallery owner Shon Taylor started the gallery earlier this year as a project that would give exposure to up-and-coming and favorite local artists of a progressive bent, with low commissions and reasonable pricing, and it's been a welcome addition to the local art scene.

Artists on display include: Brad Barker, with his comic-inspired paintings; Fletcher Booth's work inspired by biker culture ("Modern Man" is pictured above); the hip design work of Travis Bone; Trent Call's paintings that are all over the artistic map; Meg Charlier's provocative images; calligraphy artist Skyler Chubak; the pop surrealism of Wes Greaves; prints and posters by James Joel Holmes; Jason Jones, who had a solo show last month; the tattoo art-influenced work of Gailon Justus; and Tessa Lindsay's textual artworks. It's a plethora of challenging styles in a gallery that offers a little obscure, left-field niche. Stop in and have a laugh at some art that doesn't take itself too seriously. (Brian Staker) Holiday Shit Show @ God Hates Robots, 314 W. 300 South, No. 250, 801-596-3370, through Dec. 24, Christmas Eve, 11 a.m.-2 p.m. GodHatesRobots.com 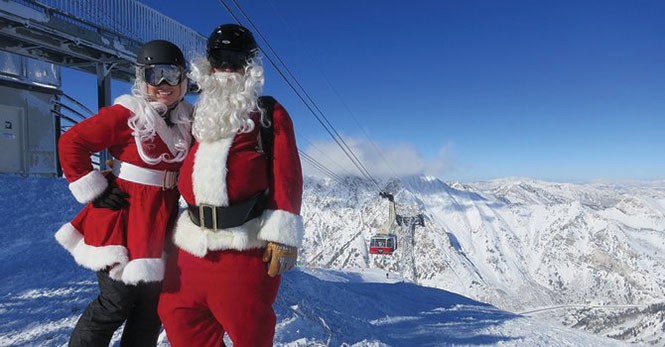 THURSDAY, DEC. 24
Santa Skis Free
Christmas Eve is a pretty busy night for old Saint Nicholas. He's got places to go, cookies to eat, etc. Maybe what he needs most before all that "on Dasher"-ing is to go dashing through some snow himself—just a little invigorating exercise before he has to spend all that time behind the reins.

On Christmas Eve, Snowbird Ski & Summer Resort revisits a tradition that allows Santa and Mrs. Claus—as well as their helper elves appearing in human form—to enjoy a morning ski for free. The first 100 guests in full costume—that's traditional fur-trimmed red coat and pants, white hair, hat and black belt for the Clauses, or green garb and green elf hat—get one free ride on the 10:15 a.m. Santa Express Tram. Registration begins in the resort's Activity Center at 9 a.m., so everyone whose holiday is beginning a little early can take advantage of all that new powder we've enjoyed lately. And you don't have to put anything in Snowbird's stocking. Not even a lump of coal. (Scott Renshaw) Santa Skis Free @ Snowbird Resort, Highway 210, Little Cottonwood Canyon, Dec. 24, 9 a.m. registration, 10:15 a.m. tram. Snowbird.com

MONDAY, DEC. 28
Diavolo: Architecture in Motion
If you're going to see Los Angeles-based performance group Diavolo's Architecture in Motion, prepare for an experience that goes beyond dance. Aptly described as Cirque Du Soleil on steroids, Diavolo—a name derived from a portmanteau of the Spanish word for "day" and the Latin for "I fly"—takes movement into a realm where interactive set pieces fold and unfold, tip and rock as dancers move across surfaces in a blend of ballet, modern dance, gymnastics, martial arts and sometimes plain old everyday movement.

Trajectoire (1999) is the company's signature piece, addressing the ebb and flow of emotion and the human experience. Performed atop a massive, boatlike structure that rocks under the shifting weight of bodies, it shows dancers straining to remain on board or launch into space.

The choreography and set for Transit Space (2012, pictured) was influenced and inspired by Dogtown and Z-Boys, a documentary about the young skaters who started the trend of half-pipe riding. The work explores the reaction of humans to their urban environment, and places the dancers in a playful set full of ramps and chutes.

As with most contemporary dance, Diavolo's works are physical feats without narrative that attempt to express deeper human emotions and experiences: chaos, freedom, fear and love. "A piece by Diavolo is like a live abstract painting," says founder/artistic director Jacques Heim. The audience, he says, should treat the performance as an art gallery full of interesting visuals and stimulating ideas. (Katherine Pioli) Diavolo: Architecture in Motion @ Eccles Center, 1750 Kearns Blvd., Park City, 435-655-3114, Dec. 28 & 29, 7:30 p.m., $25-$75. EcclesCenter.org 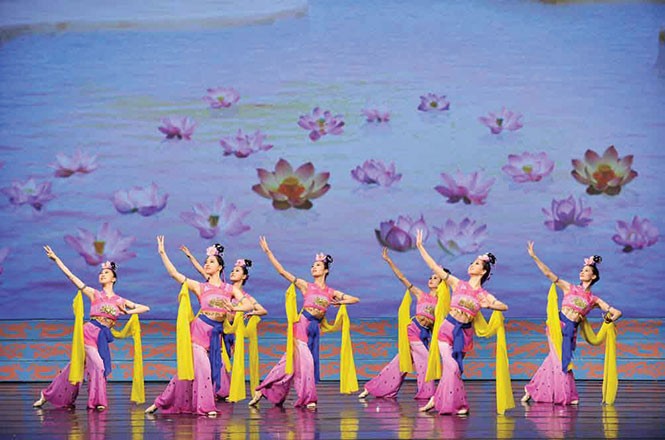 TUESDAY, DEC. 29
Shen Yun
Five-thousand years of Chinese history and culture will be on display in a single performance when Shen Yun visits the Capitol Theatre for an evening performance on Tuesday, Dec. 29, and two performances on Wednesday, Dec. 30. Utah is just one stop in the troupe's five-continent, 30-country tour.

Beyond the arts, going to see Shen Yun might also be defined as a political act. Shen Yun was established by practitioners of Falun Dafa, aka Falun Gong, a meditation-centered, spiritual discipline. Shen Yun, a nonprofit based in New York City and formed in 2006, has focused on re-establishing the connection between art and spirituality, and reviving a culture that the creators and performers feel has been lost in Communist China. The group claims it has been the target of harassment and persecution from the Chinese Communist Party. 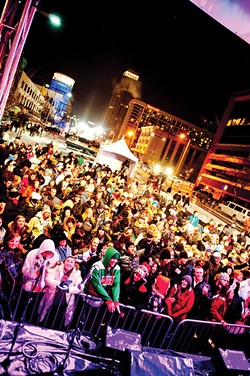 TUESDAY, DEC. 29
EVE SLC WinterFest
Don't be afraid of the cold: According to Nick Como of Downtown Alliance, fully 90 percent of EVE SLC WinterFest events over the course of the three-day festival occur indoors. These include many popular activities that have become favorites, such as classic silent short films at Broadway Centre Cinemas; exhibits at The Leonardo, Discovery Gateway and Clark Planetarium; and fun at the Salt Palace with live music stages and a BounceTown inflatable play area. This year, guests with wristbands will be permitted one admission to each participating venue, as well as unlimited access to activities at the Salt Palace and City Creek Center.

EVE SLC has also simplified the process for guests who want to take advantage of every last perk that comes with that three-day wristband: The first 1,000 guests who arrive in person at 6 p.m., Dec. 29 at the Salt Palace box office will receive one admission to the Dec. 31 Utah Jazz vs. Portland TrailBlazers game. (Note: That's the Salt Palace box office, not Vivint Smart Home Arena.)

The most interesting new change leading up to the big show on the Countdown Stage Dec. 31 might be the game room at the Salt Palace, where giant representations of games like Jenga, Connect Four and Minecraft will give those familiar pastimes a supersize twist. Like most EVE SLC activities, it's something that offers—if you'll forgive the cliché—fun for all ages. You'll want to be there when that mirror ball drops. (Scott Renshaw) EVE SLC @ Various downtown venues, Dec. 29-31, 3-day pass $20 adult/$15 child; single-day ticket $15 adult/$5 child. EVESLC.com