Salt Lake City artist Trent Call has experimented with a variety of media and subjects throughout his career. He's accomplished in manipulating a bewildering array of artistic styles, and his works are like no one else's—especially in the way he addresses his subjects with a sense of humor. Processed, Call's take on fast-food culture—and "culture" is the word for it—is currently being shown at the Utah Museum of Contemporary Art's Projects Gallery, a space for more experimental media. When hamburger clowns are pop-culture icons, who better than a local master practicioner of pop art to poke some fun but also cast a seriously inquisitive eye? In addition to paintings and collages that use the symbols, language and visual iconography of the fast-food industry, Processed includes digital works, another medium Call has been exploring in recent years. And UMOCA, which always has its finger on recent technologies, includes some of his .gifs in their ".gif shop." Processed is a perfect title for the show, since it describes not only the subject matter but also the artist's works, as even his paintings of late have taken on effects resembling the digital scan lines of video art, and the collage process is one of secondary manipulation. But as much as he has digested and subverted the subjects here, as fast as his thoughts flow, his artistic process and vision are never diluted. (Brian Staker) Trent Call: Processed @ Utah Museum of Contemporary Art, 20 S. West Temple, 801-328-4201, through Jan. 17, free. UtahMOCA.org 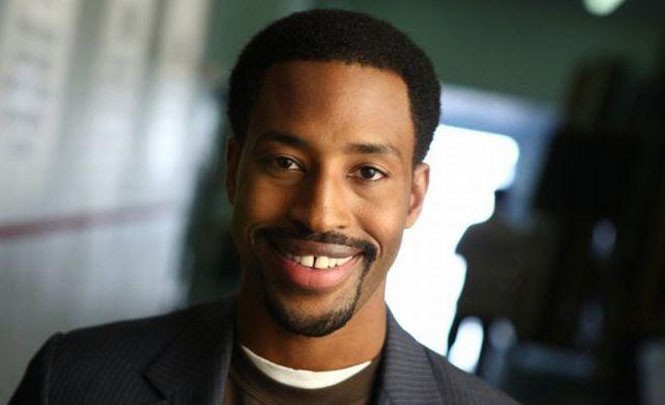 
The week between Christmas and New Year's often feels like a big dead zone; the buzz of gift-opening has worn off, and it's like you're just killing time until the ball drops and the Champagne corks pop. Thank goodness, then, that Wiseguys comedy clubs are giving you a reason to get enthusiastic about getting out of the house before the end of 2014. At the new downtown location, Wiseguys presents Dwayne Perkins (pictured), whose hilarious observations include knocking down American's unreasonable expectations for World Cup success in soccer, a sport that ranks in popularity "just below WWE, and just above hide & seek." And Wiseguys West Valley hosts Bengt Washburn, who applies his affably dorky persona to commentary on topics including relationships and his own Mormon upbringing: "One person doing something weird, that's a nut; a whole bunch of people doing something weird, that's a church." (Scott Renshaw) Dwayne Perkins @ Wiseguys Downtown, 50 W. 300 South, 801-532-5233, Dec. 26-27, 7 & 9:30 p.m., $15; Bengt Washburn @ Wiseguys West Valley, 2194 W. 3500 South, 801-463-2909, Dec. 26-27, 7 & 9:30 p.m., $12. WiseguysComedy.com


Salt Lake City has had some version of a city-wide New Year's Eve celebration for quite some time now. In the beginning, it was a simpler event—just one night of fun with some fireworks to cap the revelry. Then, in 2009, came EVE, turning the New Year's Eve into a three-day celebration of art, culture and entertainment. And though there aren't any literal fireworks this year (those have been replaced with the gigantic MirrorBall), EVE Winter Fest will certainly light up downtown winter nights. This year's EVE celebration, like those before it, is fashioned after the annual Carnival de Québec, designed to bring local artists and performing arts groups together with various downtown entertainment venues like Broadway Centre Cinemas, The Leonardo, the Utah Museum of Contemporary Art, Temple Square, Clark Planetarium, the Salt Palace and The Gallivan Center. The point is that EVE has made quite an effort to include a little something for everyone—from DJs, live music and fine art to basketball, films, a giant room filled with inflatable balls (pictured) and an impressive collection of more than 20 bouncy houses. Even though the multi-day event welcomes all types and ages, providing partiers a broad taste of what the downtown cultural environment has to offer, there is also a 21-plus VIP event held at the Utah Museum of Contemporary Art the night of New Year's Eve proper—think plenty of booze, Champagne toasts, a "marriage" and "annulment" station (so you can temporarily go legit) and live DJ sets by Jesse Walker and Sneeky Long. (Jacob Stringer) EVE Winter Fest @ various downtown Salt Lake City locations, December 29-31, $20 for a 3-day pass at EVESLC.com or $14 at CityWeeklyStore.com 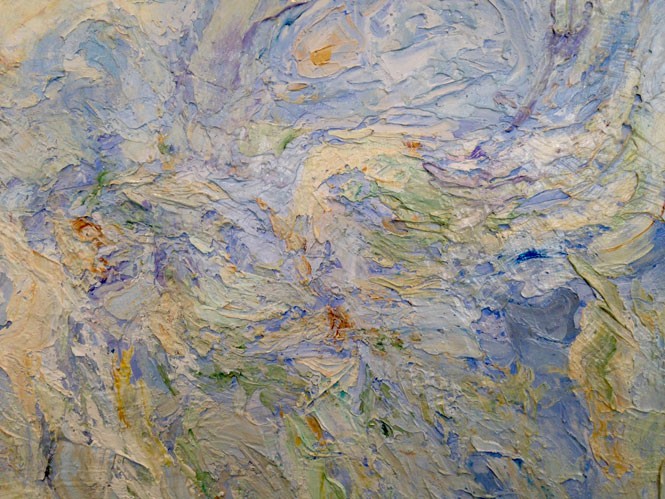 
Transcendence makes the experience of art a reality beyond something physical. Artist Isra Pache's work and philosophy explores this phenomenon, making a distinction between the physical, concrete world of forms and the more intangible reality of truths, ideas, emotion, spirituality, creativity and imagination. "The concept of an abstract landscape has given me a way to explore experience beyond the tricks of the concrete visual world," writes Pache of Hidden Realities, showing at The Gallery at Library Square. "I experiment with memory and its infinitely productive themes, and memory entwined with imagination, as the reflection of a non-reality, or a state of understanding that we do not yet know how to delineate in any other medium." A universal transcendent state is certainly found in world religions and spiritualities experienced at a certain level by many, in all parts of the world, but Pache's art explores that experience in a less otherworldly way. Pache's state of non-reality and understanding is conceptualized in her personally expressive abstract painting "Winter" (pictured). A dynamic forcefulness of pure color in many nuanced hues and tonalities creates an internal energy that is in a state of flux, with an unsettling melodrama of sky blue, violet and sea foam green. Looking more like clay than impasto, it is densely layered, intensely felt and sublimely considered. While the work's title may only be suggested in the cool colors used, for viewers, there's also the possibility of those transcendent experiences beyond the concrete experience of a season. (Ehren Clark) Isra Pache: Hidden Realities @ The Gallery at Library Square, 210 E. 400 South, 801-524-8200, through Jan. 23, free. SLCPL.org

An Evening with Jane Lynch


Comedian and actress Jane Lynch has deftly found the balance between doing serious, intellectually rigorous work and being entertaining and funny. Her initial mainstream fame came for her parts in Christopher Guest's ensembles in his acclaimed layered comedies. Other memorable turns in films came with The 40-Year-Old Virgin and Role Models, and her Emmy-winning role as the villainous gym teacher Sue Sylvester on Glee launched her to the household name she is today. Through it all, Lynch presented characters who were multiple things at once, all while being so funny many in the audience didn't even notice. In her one-woman show An Evening With Jane Lynch, coming to the Eccles Center in Park City this New Year's Eve, Lynch takes her talents to the cabaret. But, being who she is, it isn't a straight cabaret show—rather, it's a deconstruction thereof that pokes fun at the form, displaying a love for classic American standards and show tunes in spite and because of their ridiculousness. On the other hand, being who she is, it should be a wildly entertaining, tuneful and funny cabaret show. There's no reason whatsoever not to have it both ways—and indeed, if one remembers the show and Bob Fosse's film of the same title, the cabaret is where wanting it all comes with the territory. One can be sure that Lynch, an alumna of Chicago's famed Steppenwolf theater company, is well aware of this tradition, and one need only look at her body of work to know she's well capable of embodying it. (Danny Bowes) An Evening With Jane Lynch @ Eccles Center, 1750 Kearns Blvd., Park City, 435-655-3114, Dec. 31, 8 p.m., $40-165. EcclesCenter.org