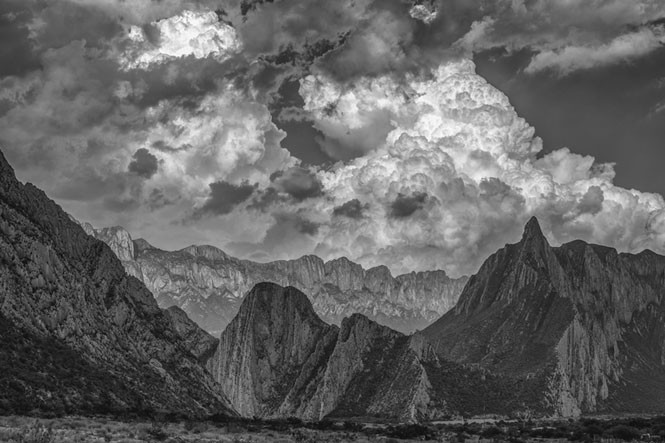 Landscapes of Northeast Mexico
There is something about a self-taught artist who has developed the ability to look at the world through an artist's eyes. Peruvian-born Enrique Vera spent most of his life in the Nueva Leon region of northeast Mexico, and has developed an ability to capture the history, geography and culture of the region with his photography. Mestizo Gallery, in conjunction with local nonprofit organization Artes de Mexico en Utah, will present an exhibition of Vera's photography to close out its 2014 calendar. It's the first solo exhibition for Vera, whose photographs evoke the vast, open spaces of the region. But rather than portray an atmosphere of desolation, they convey a sense of awe at the sheer scale of the landscape. They are reminiscent of the work of Ansel Adams in their clarity and masterful composition, as well as in their reverence for the land and the impact it has had on those who inhabit it. Viewers may note resemblances between the locations he documents and the dusty, sometimes mountainous visions and vistas outside our own back door in the Mountain West. Vera will deliver an artist's talk on Nov. 21 at 6 p.m., in honor of the 104th anniversary of the Mexican Revolution. That event will include a dinner in the culinary style of the region—RSVP, space limited to 25, $12 suggested donation. Mestizo will open its doors for a second reception during December's Gallery Stroll on Dec. 5. (Brian Staker) Enrique Vera: Landscapes of Northeast Mexico @ Mestizo Gallery, 631 W. North Temple, Suite 700, 801-596-0500, Nov. 21-Jan. 2, free; artist's talk Nov. 21, 6 p.m., suggested donation $12. ArtesDeMexicoEnUtah.org 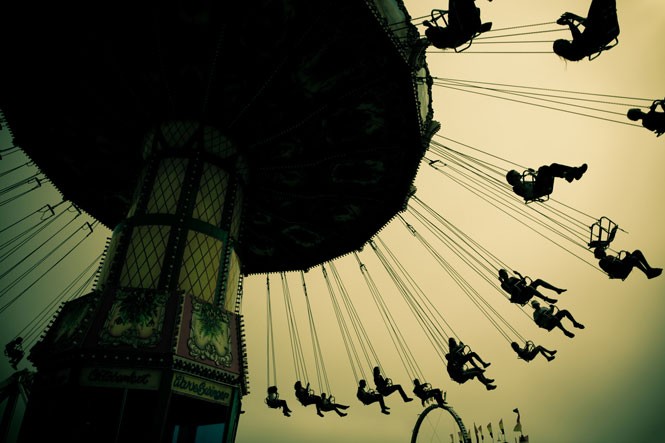 Natural Order: Photography of Kent Budge
Kent Budge's work isn't fantasy photography, but it's still the kind that leaves viewers in a state of wonder. His pieces capture something elemental: light through a grove of trees, raindrops in a pond, sagebrush on a dewy morning. Budge will be showing a series of his photographs in an exhibition called Natural Order at the Alice Gallery. The series is built on refection and contemplation, inspiring consideration of the natural order of things. "I really don't know what the world looks like to other people, but for me it's a constant arrangement of shapes, patterns and composition revealing themselves," Budge says in his artist's statement. "I've found this analysis of composition is less cognitive and more intuitive. It just seems to flow from a visual truth within them. It's natural, easy and quite beautiful." This "revealing" might capture the harmony found within nature everywhere, if one stops to consider. "Antelope Island" is a unique visualization of the Great Salt Lake—delicate and fragile, yet monumental, made up of nuances as sand dissolves into water and blue water touches the sky. One gets a very real feeling of the "natural order" of the elements here: the changes in the lake occurring over time, and the immense balance that is captured in this one brief moment. "Carousel Swing" (pictured) presents the haunting image of a fairgrounds thrill ride, preserved like a childhood memory, yet faded with the passage of time. (Ehren Clark) Natural Order: Photography of Kent Budge @ Alice Gallery, 617 E. South Temple, 801-236-7555, Nov. 21-Jan. 16, free. ArtsAndMuseums.Utah.gov 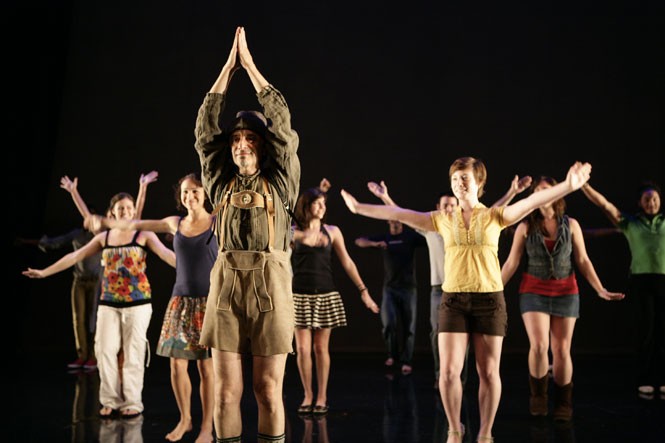 Repertory Dance Theatre: The Mitch Show
When Mitchell Rose first started working with Repertory Dance Theatre in the early 1980s as a guest choreographer—the company still keeps three of his original works in its repertoire—he demonstrated a refreshing sense of humor rarely seen in the dance world. This week, Rose returns to the Salt Lake City stage with that same sense of the playful and the absurd with a one-man, audience-interactive experience he calls The Mitch Show. The show is a combination of experiences—part dance, part narrative, part comedy—tied together with a few of Rose's short films like Learn to Speak Body, Deere John, Globe Trot and more. Rose—who now teaches dance for film at the dance department of Ohio State University—transposes his previous life as a dancer and choreographer to a new medium: the screen. Like his previous work for the stage, these films are infused with humor. In Deere John, a businessman walking to his cubicle job passes a construction site and becomes lost in a daydream where, in a slow-motion love-story parody, he spends his days frolicking with a backhoe. Rose's films also have depth: In Globe Trot, a montage of people all over the world performing the same dance steps reveals a story of human connection. Recent years have seen a renaissance of "seasoned" choreographers and performers returning to stages from New York to Los Angeles. If Rose's return to Salt Lake City is part of that trend, it is certainly welcome. (Katherine Pioli) Repertory Dance Theatre: The Mitch Show @ Rose Wagner Center, 138 W. 300 South, 801-355-2787, Nov. 21-22, 7:30 pm, $10 general. RDTUtah.org

Utah Repertory Theater: [title of show]
The premise of [title of show] is one that's been done many times, in various forms: a piece of art about its own making. It's the kind of thing that can quickly turn into a self-satisfied, one-joke non-starter, but Hunter Bell's book and Jeff Bowen's songs carry the show far beyond the point where the novelty of the meta-theatricality wears off. It ends up, especially in the hands of the Utah Repertory Theater Company's cast, becoming one of the theater's most moving tributes to the creative impulse. The material is strong in itself, but this production—which opened at the Sugar Space in Sugar House, and concludes at Provo's Covey Center this week—is what it is because of its cast. Austin Archer and Jonathan Scott McBride play the roles of Hunter and Jeff and do so with such apparent ease that one wouldn't be faulted for thinking they wrote the thing themselves. DeeDee Darby-Duffin and Megan Shenefelt are equally at home in the material, and each cast member—solo and ensemble—has at least one moment of dazzling skill. All of them are tremendous singers, and immensely appealing actors with razor-sharp comic timing. Watching them is a reminder of the simple, elemental joy of theater: sitting in a room watching other people on a stage play make-believe, sing and dance. [title of show] makes that possible because that is, on multiple levels, what it's about as a piece—and thus it's something anyone who loves theater should see. (Danny Bowes) Utah Repertory Theater: [title of show] @ Covey Center, 425 W Center St., Provo, 801-852-7007, Nov. 21-22, 8 p.m., $18. UtahRep.org