Memory is always incomplete. It's a narrative constructed from pieces of evidence that together create the semblance of a whole. Hotel Palenque is an assembly of photographs of a hotel in Palenque, Mexico, a Mayan architectural site, taken in 1969 by the late earth artist Robert Smithson. Construction of the hotel was never completed, and even then, the natural environment was beginning to recover the site, undergrowth bristling up around its foundations. Thus the slideshow is an uncanny record of human aspiration—memories of what might have been. Smithson made his mark on our geographic and artistic memory with groundbreaking land-art works like the awe-inspiring Spiral Jetty. A 2012 University of Utah Museum of Fine Arts retrospective showcased the works of his wife, Nancy Holt, who created the Sun Tunnels. The two of them were founders of an entire artistic movement that still seeks to examine our relationship with the environment. Hotel Palenque is one of Smithson's projects that, for him, is unusually detached, but is still profound in what it reveals. The exhibit also includes a recording of a lecture given by Smithson in 1972. Archeology and earth works retain a presence even in the face of societal change, but from the moment they are snapped, photographs exist in the past, and thus embody a kind of wistfulness and nostalgia. With this exhibition, Smithson's photographs show us that more than anything, memory is reconstitution, in the way it seeks to reassemble and redeem the past. (Brian Staker) Robert Smithson: Hotel Palenque @ Utah Museum of Contemporary Art, 20 S. West Temple, 801-328-4201, through Oct. 4, free. UtahMOCA.org


Live animals, Ferris wheels and a plethora of fried foods ... yep, it's time for the Utah State Fair. What started as a small gathering 159 years ago has grown into a 10-day event that brings some pretty big headliners to entertain the crowds. On the docket this year are acts including The Beach Boys (Sept. 8), Grand Funk Railroad (Sept. 12) and Disney Channel's Zendaya (Sept. 13). Additional grandstand entertainment includes high-flying, 360-degree flipping BMX athletes, and—for the cowboy in all of us—the traditional rodeo, horse show, truck pull and barrel racing. And kids will enjoy K9s in flight as dogs dive for objects high in the air before landing in a pool. As always, the Utah State Fair promotes Utah's Own products that are locally grown and prepared from all over the state through agriculture and horticulture displays and competitions. (Aimee Cook O'Brien) Utah State Fair @ Utah State Fairpark, 155 N 1000 West, 801-538-8400, Sept. 4-14, $7-$10, ages 5 and under free. UtahStateFair.com 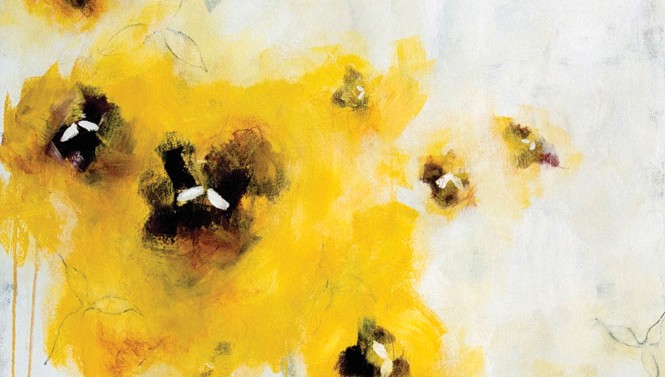 
The concept of memory degradation and the effects of short-term memory loss are subjects of artistic exploration for artist Sarina Villareal. In her current show at 15th Street Gallery, these provocative ideas have inspired equally evocative abstract paintings. Villareal is testing "a process of study disengagement and re-creation in my abstract paintings," she says, experimenting with what she calls "memory-trace." As the artist herself re-engages with subjects after being disengaged from them, the quality of recall—which is either present, lost or requires "artistic liberties"—can be psychologically revealing. As a result, her subjects—mostly flowers (an untitled example is shown)—are artistic gestures of color, line and abstract form, and either are the product of restored memory or, according to Villareal, demonstrate the implications of memory compensation. The result is works that are minimal, gestural, impulsive and entirely the product of a creative energy. When memories are lost, artistic creativity proves an ability to compensate. (Ehren Clark) Sarina Villareal @ 15th Street Gallery, 1519 S. 1500 East, 801-468-1515, through Sept. 15, free. 15thStreetGallery.com


The beginning of September marks a celebrated tradition for the Greek community in Utah: the Greek Festival. The annual fundraiser for the local Greek Orthodox Church, now in its 39th year, is always a weekend of good food, entertainment and, well, fun for the whole family. Let's face it: During festival time, we all become a bit Greek. You can enjoy some freshly made spanakopita while you bask in the Greek culture. And the Greek music, dancers, arts and crafts provide just as much reason to attend as the authentic food does. The festival and its attendance have grown over the years, making it the largest cultural festival in Utah, so be prepared to wait in line—but when you are finally able to feast on a gyro or pastitsio, your taste buds will thank you. The festival takes up an entire block of downtown, so take the time to wander the festival to find all it has to offer, including the Hellenic Museum in the basement of Holy Trinity Cathedral, the first such ethnic Greek museum in the United States. Also, in keeping with tradition, the gym of the Holy Trinity Cathedral will be full of Greek desserts; you would be remiss to leave the festival without a wedge of baklava or delicious melomakarona. Opa! (Aimee Cook O'Brien) Salt Lake Greek Festival @ Holy Trinity Greek Orthodox Cathedral, 279 S. 300 West, 801-328-9681, Sept. 5-7, Friday & Saturday 11 a.m.-11 p.m., Sunday 11 a.m.-8 p.m., $3, children 5 and under free. SaltLakeGreekFestival.com

In the 21st century, it often feels that more relationships begin in the virtual world than—as kids these days abbreviate it—“IRL.” Sometimes those initial online interactions provide a clear foundation for something stable and genuine—and sometimes the differences between these venues for communication result in considerable complications. JulieAnn Carter-Winward’s one-act play The Waiters—in its world-premiere production at Ogden’s Good Company Theatre—offers a funny and poignant look at the tricky ways people try to navigate the transitions between virtual-world and real-world communication. It focuses on three couples at different stages in that process: two singles meeting for the first time after a month of online chatting; two people not sure what their social-media interaction is leading toward; and a married couple patching up their relationship after the virtual world comes between them. Being human together can be tricky when you can’t use emojis. (Scott Renshaw) The Waiters @ Good Company Theatre, 260 25th St., Ogden, 801-513-5665, Sept. 5-20, Thursdays-Saturdays 8 p.m., Sundays 4 p.m., $15. GoodCoTheatre.com 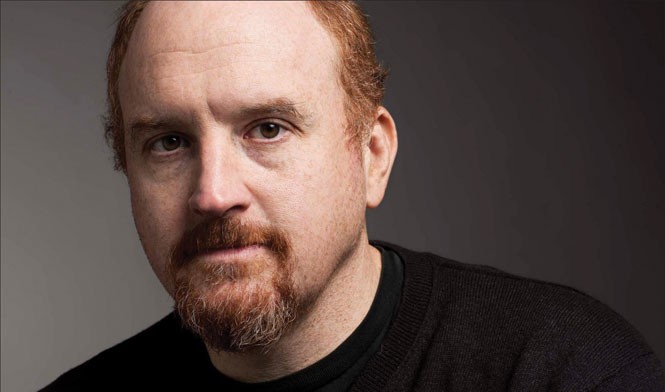 
Funny or Die's Oddball Festival arrives at Usana Amphitheatre with an embarrassment of stand-up comedy riches. The main-stage lineup alone consists of Louis C.K. (pictured), Sarah Silverman, Aziz Ansari, Chris Hardwick, Demetri Martin, Hannibal Buress, Jeff Ross and Whitney Cummings—and those are just the members of the tour coming to Salt Lake City. It's like the Traveling Wilburys, except much younger and (with the exception of Jeff Lynne's hair) funnier. Everyone on the tour is a headliner. That being said, this is a singular time to catch Louis C.K. His FX series Louie has elevated his career, and given that the show often eschews laughs for drama and surrealism, one might speculate that he's saving a wealth of funny stuff for his standup. Singling him out is not to slight the rest of the lineup: Hardwick, a fixture of geek/nerd culture, is riding the high from his popular Comedy Central show @midnight and the Nerdist podcast. Ross and Silverman are institutions, Ansari and Martin are well on their way, and Burress and Cummings are terrific. An additional benefit of this type of tour, with so many of the performers having non-overlapping fanbases, is the chance to observe a wide variety of comedic styles. And there is also enough overlap that the experience won't be too dissonant—just a fine, very funny night of live entertainment. (Danny Bowes) Oddball Comedy Festival @ Usana Amphitheatre, 5150 S. 6055 West, West Valley City, 801-417-5343, Sept. 6, 5 p.m., $35-$79.75. OddballFest.com

Michael Pitre’s debut novel about the Iraq War experience gains most of its power from the author’s direct, even-handed presentation of its events. Neither dogmatically pro- or anti-war, the novel focuses, instead of making political points, on the wants and needs of its ensemble of characters. A veteran of two deployments with the Marines, Pitre delivers a novel supporting the oft-stated truism that tall tales are told by those who have not truly been to war; those who have seen it for themselves do not embellish. By Pitre’s own admission, he wrote Fives & Twenty-Fives—a reference to Marine procedure for securing different radii around explosive devices—for fellow veterans struggling to reintegrate with civilian society after their tours, and even more importantly “to [bring] greater attention to the suffering of the Iraqi people. Whatever danger, discomfort or dread was experienced by even the most battle-hardened Marine cannot compare to what the average Iraqi family endured on a daily basis.” (Danny Bowes) Michael Pitre: Fives & Twenty-Fives @ The King’s English Bookshop, 1511 S. 1500 East, 801-484-9100, Sept. 6, 7 p.m., free. KingsEnglish.com

“Pride” events of any kind are often misunderstood as an attempt to stand apart from the general population. But when you’ve been demonized frequently over a long span of time—as has been true for anyone who self-identifies as a pagan—it’s comforting to have a place where your identity is accepted. Salt Lake Pagan Pride Day provides an opportunity for the wider community to learn that the term is not about worship of the Christian devil, the mere existence of which your average pagan would approach with extreme skepticism. Through a day of rituals and presentations, participants will celebrate ideas that are rarely considered in the dominant American culture: earth-centered spirituality, pre-Christian deity worship, awareness of the Divine Feminine and other practices that may fold many of these notions together. Of course, vendors of food and other goods will also be on hand as well. (Scott Renshaw) Salt Lake Pagan Pride Day @ Murray Park, 5175 S. Parkside Drive, Murray, Sept. 6, 10 a.m.-6 p.m., free. SaltLakePPD.org


If there has ever been an author who tapped into exactly how the brain of a 10-year-old boy works, it's Dav Pilkey. His popular Captain Underpants series features two boys of about that age—George and Harold—caught up in the adventures of a superhero who runs around in tighty-whiteys battling villains like Professor Poopypants, Wicked Wedgie Woman and Bionic Booger Boy. And the Underpants series is also loaded with funny nuggets for adults, such as a naming the school secretary Miss Anthrope, or a teacher Ms. Tara Ribble. Everything is comic-book-style potty talk, and the only ones keeping the world from being destroyed are the kids and a guy in his underwear. A series of books with that premise will, of course, be a best-seller, while also topping the American Library Association's 2012 list of Most banned books. Undaunted, Pilkey is back with the ninth entry in the series, Captain Underpants & the Tyrannical Retaliation of the Turbo Toilet 2000. The new tome brings back the villainous Turbo Toilet 2000, which devours everything that gets in its way. Once again, it's up to George, Harold and Captain Underpants to save humanity. Pilkey be at The King's English Bookshop for a reading and to sign copies of the newly published book. Places in signing line will be reserved for those who pre-order the book from the store. (Geoff Griffin) Dav Pilkey: Captain Underpants & the Tyrannical Retaliation of the Turbo Toilet 2000 @ The King's English Bookshop, 1511 S. 1500 East, 801-484-9100, Sept. 10, 5-7 p.m., free. KingsEnglish.com