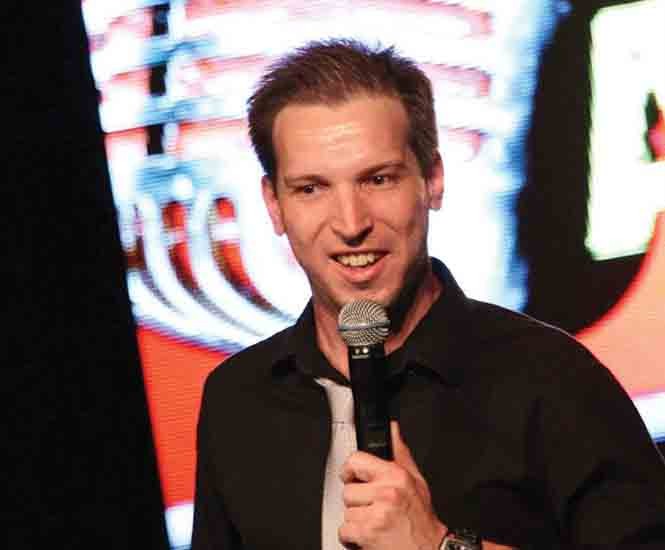 John Hilder is about to take a major leap in his career—for the second time. The Salt Lake City-native comedian will be taking the stage at the Club 50 West this weekend for two nights to record material for his second, yet-to-be-titled CD. It's always a risky venture for a comedian to record a live set; you get one or two shots to make it great and deliver your best material at the time, and you can only hope that the live audience responds. It serves as a permanent landmark of where you are in your career, and could very well launch it to new heights. Just look at Woody Allen, George Carlin, Steve Martin, Richard Pryor, Eddie Murphy, Mitch Hedberg or Patton Oswalt, whose live recordings brought them to prominence and endeared them to larger audiences.

Over the holiday break, Hilder considered his most influential comedy albums that served as a catalyst for his own material. He constantly goes back to Dave Chappelle's Killin' Them Softly and For What It's Worth, as well as every album Louis CK has ever recorded, as "constant companions for the long road trips between terrible gigs." Those two stellar comedians set a very high bar.

Hilder grew up loving Jerry Seinfeld and watching the comedian's NBC show with his family. But he heavily credits his friends and family for being the biggest influences behind his style. Hilder also found hilarity in Eddie Murphy's Delirious, and he became one of the kids in his neighborhood who circulated a VHS copy of Murphy's comedy concert among his friends at age 11. He watched it over and over, as he and buddies cackled like hyenas.

Hilder's professional career actually started in Las Vegas, after he moved there from Salt Lake City at the age of 21. He had been writing jokes for four years and kicked himself for not trying it sooner. His ambitions of playing the Strip were quickly dashed, however, as he found himself performing in seedy bars in the not-so-glamorous parts of the city. For some, this would be spirit-breaking, but Hilder soon grew to appreciate his career obstacles.

"My first five years on stage were spent almost exclusively in some of the roughest, crappiest bars and shows you could ever hope to see," he says. "The crowd was six drunks with their back to you, pumping their entire paycheck into a video-poker machine. When you can make a guy laugh who just lost his rent money in two clicks of a button, no other room will ever intimidate you."

After a five-year stint in Vegas, Hilder came home to what was a more inviting and accepting comedy circuit. He was given several opportunities to perform on every stage in Salt Lake City at that time, which included recording his first album, Johnsense, in 2009. Since that time, he's moved back to Las Vegas, making regular visits to Salt Lake City at Wiseguys and other venues while frequently touring the United States. But with a six-year gap between his work on the first album and this new recording, Hilder looks to making something that better represents the evolution of his work that he can sell online and on the road.

Hilder chose 50 West specifically for the room's setup, and for how supportive the staff was the last time he performed there. "Once I saw the room, I knew immediately that's where I wanted to record my next album, and it lit a fire under my ass to make it happen and make the album really great," he says. "I think Salt Lake City is a comedy-hungry town—and for all types of comedy—and 50 West couldn't be more supportive."

In regard to what people can expect to see, Hilder has been developing the best possible material for this project over the past several years, constantly adding new jokes, and removing bits that didn't hit the mark or were working on a different level than what he was aiming for. After touring the country with this set for a while, he's confident that it will delight audiences but also acknowledges the reality that it will never really be complete.

"The pursuit of perfect timing and material is impossible, but it's constant, and it's what keeps us coming back," he says. "It has taken me almost five years to get to this point where I feel like this material is too good not to record—and sell to people at a vast markup. But I can guarantee you, as happy as I am with it all, no matter how great it turns out, I will hear at least 50 things I wish I could change."