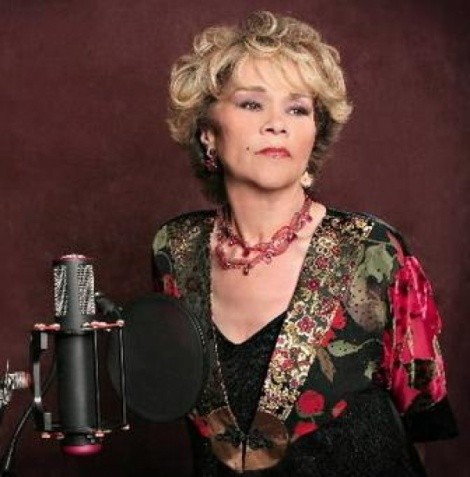 We’ve yet to greet the official summer equinox, but the outdoor concert season is definitely in full swing. Neko Case kicked off Red Butte Garden’s 2009 series last week, and tonight, a bona fide legend takes over the amphitheater with her powerful pipes and commanding personality that’s as fierce as the day she first belted out “At Last.” Etta James is larger than life, onstage and off. Just ask Beyoncé Knowles, who covered “At Last” for the Obamas at their Neighborhood Inaugural Ball. “I can’t stand Beyoncé. She had no business being up there singing.” James has since played down the criticism, though obviously she probably would have appreciated a chance to perform on such a momentous occasion. We think she would have blown Beyoncé out of the water, but what’s done is done. James walks the talk, as evidenced by her intense live appearances. Understand firsthand tonight. Red Butte Garden 300 Wakara Way, 7 p.m. (gates 6 p.m.) All-ages. Info: RedButteGarden.org

Ogden, or O-Town, gets a bad rap. Folks living outside the Northern Utah town tend to perceive it as boring, dangerous or ripe with meth heads. But how many spots in Salt Lake City feature a walkable community a la Ogden’s Historic 25th Street? How many Salt Lake City bluesman boast a résumé on par with that of Joe McQueen? Truth is, Ogden could easily play host to more live music—a little known fact that Michelle Tanner and her mother, Dottie Vernieu, aim to remedy through Ogden Friends of Acoustic Music. This weekend they’ll realize their dream of putting on a soon-tobe-annual outdoor music festival showcasing local and regional bluegrass, country and blues bands including Sister Wives, Cold Creek, Bill Vernieu and Joanna Joseph, Red Desert Ramblers, Band of Annuals, Ridin' the Fault Line and many others. Bad Brad Wheeler will also host a harmonica workshop, training future members of his Harmonica Army. The festival runs Friday through Sunday. For complete details visit OFOAM.org

Saturday 6.6
WOODEN BIRDS
Andrew Kenny formed Wooden Birds while working on the framework for Magnolia. After 13 years helming cult favorite American Analog Set, he veered slightly off course to pursue material that, while quiet as ever, places more emphasis on hypnotic, rhythmic loops and percussion—from traditional drum beats to soft slaps on the guitar. The result delivers a smooth, mellow buzz with a disquieting undercurrent hiding beneath honeysweet vocals. Soft and urgent, each track seeps into your skin through musical osmosis, with frequent “uh-huhs” lingering with as much potency as poetic lines like “you are as sharp as you are serrated.” Individual songs bleed into one another so that before you know it the album has run its course and you’re singing the chorus to “Seven Seventeen,” Kenny’s version of “Hey Nineteen.”
Kilby Court, 741 S. 330 West, 7:30 p.m. Allages. Tickets: 24Tix.com

Monday 6.8
GENTLEMAN REG
Jet Black is a coming out of sorts for Reg Vernue. A longtime figure on Canada’s indie scene, he recently joined the esteemed Toronto label Arts & Crafts to further his career as Gentleman Reg with an album that marks his stateside debut. Featuring collaborations with Land of Talk’s Elizabeth Powell and Constantines’ Bryan Webb, the 11-track LP is an eclectic mash of mostly pop rock that jumps from T.Rex-worthy opener “Coastline” to the electronic dance jam “We’re in a Thunderstorm.” Each track is powered by Reg’s smooth, soft-spoken yet sultry and assured voice. His Utah appearance has been a long time coming—don’t miss out. Kilby Court, 741 S. 330 West, 7:30 p.m. All-ages. Info: KilbyCourt.com

Tuesday 6.9
SHOTGUN PARTY
There’s nothing quite like the Psycho-worthy stab of a well-played fiddle, and Austin’s Shotgun Party has the distinct sound down flat. Katy Rose Cox plucks and pulls strings into submission for the feisty trio who put a mean spin on traditional bluegrass, country blues and Western swing. Their self-titled debut is sweet and salty, with New England native Jenny Parrot issuing a convincing Southern twang that saunters and sways all over the fiddle and upright bass lines. It’s damned good fun—even Hitchcock’d kick up his heels! Burt’s Tiki Lounge, 726 S. State, 9 p.m.