The downtown party continues on New Year’s Eve EVE (if that’s a real thing), with a bevy of worthwhile music filling the two stages at the Salt Palace. On the outdoor Bandemonium Stage, located on West Temple, you can catch the High Beams (6 p.m.), The Better Life Band (7 p.m.) and the Battle of the Tribute Bands II (8 p.m.), which will include cover bands dedicated to the questionable likes of Kiss, Ozzy Osbourne and Poison. I’d suggest maybe skipping the tributes and heading into the warm indoor confines of the Chill Zone Music Stage inside the convention center, where a jazz- and blues-centric lineup will be providing the music. The inside acts range from the jazzy covers of modern rock from Daniel Day Trio (6 p.m.) to the bluesy rasp of Legendary Porch Pounder Dan Weldon (7 p.m.) and the gypsy-jazz of Red Rock Hot Club (8 p.m.). Salt Palace Convention Center, 100 S. West Temple, 6 p.m., $10

End of the Decade Hoorah Rah
Here’s a party that’s a little nontraditional, which we love around here, and it’s BYOB, which we REALLY love around here. Blues-rock stalwarts Marinade are hosting the bash, which also includes the likes of rootsy rockers the Samuel Smith Band, the reggae-tinged funk of Erin Barra and jammy funk of The Pour, all playing through the night. Gerry Swanson will be creating visual art on the fly, and you can imagine some worthwhile surprises are in store. Salt Lake Recording Studio, 721 S. 400 West, 8 p.m. to 3 a.m., $5

Jewel
Word from the good people at the Park City Performing Arts Foundation is that an unusually high number of men have been buying up tickets to Jewel’s New Year’s Eve show. Some of them might be buying tix knowing that their wives and girlfriends love Jewel, but I’m guessing some of those men must remember her thankfully brief dalliance with techno-pop (complete with Maxim layouts and bikini-wardrobe videos) more than her earnest early folk-pop hits or more recent dive into straight-up country croonin’, which seems a more natural evolution, given Jewel’s marriage to award-winning cowboy Ty Murray. Eccles Center for the Performing Arts, 1750 Kearns Blvd., Park City, 8 p.m., $25-$150 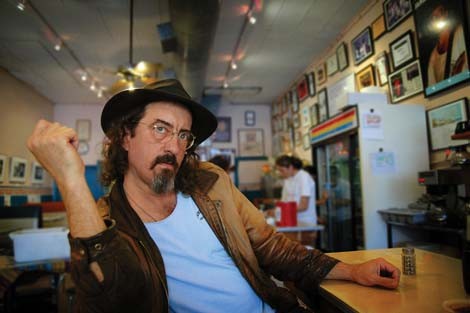 Texas singer, songwriter and consummate storyteller James McMurtry’s always had an unusually strong connection with Utah; he even once recorded a live album at the Zephyr Club. So it makes some sense that he would bail the Lone Star State to celebrate New Year’s Eve in Zion. Besides a memorable roots-rock show, your ticket gets you a raffle ticket, a cocktail, a Champagne toast at midnight and assorted other surprises, along with the oh-so-valuable overnight parking in The State Room’s south and west lots, a true bonus given how most New Year’s Eve shenanigans go. Ghostowne opens the show. The State Room, 638 S. State, 9 p.m., $50

Monday Jan. 3
Spell Talk
It seems like only yesterday Ogden natives Spell Talk were winning the City Weekly Music Awards prize as Utah’s favorite band, but it’s been almost a year. That year has seen them change names, record a stellar album in Ghost Rider, and play shows in seemingly every venue the state has to offer, from festival gigs to club shows. And all those shows have honed their chops and made their psych-stoner rock some of the most insistent music on the local scene. Smile for Diamonds is also on the bill for this all-ages show. Kilby Court, 741 S. 330 West, 7 p.m., $6