More to Cali city than Disneyland 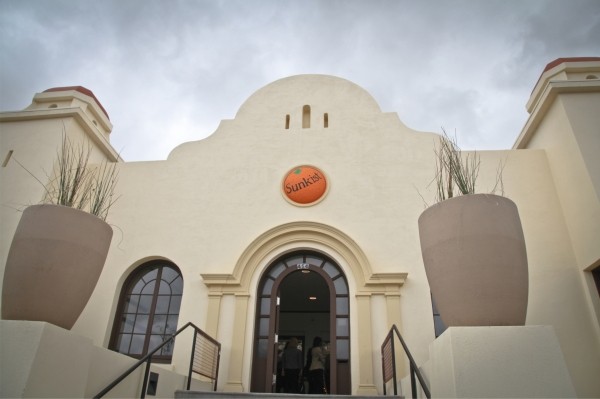 As we noted in a Travel Tramps article around this time last year [“Zion in Anaheim,” Oct. 11, 2012, City Weekly], the October fall break for Utah schools might as well be called Disneyland Break, since it’s traditionally a time when Beehive State residents flock to Anaheim for sunshine and rides. But even when you’re in “The Happiest Place on Earth,” it’s possible to get a bit overloaded on rides and need a break. The city of Anaheim, which surrounds the theme parks, is undergoing a revitalization process that harkens back to its pre-Disney roots—yes, there was Anaheim before Disneyland—with developments offering something different from Disney in both style and makeup. Below are some ideas for when you’re not in the park.

Food Not Shaped Like Mickey Ears
The Anaheim Packing District (440 S. Anaheim Blvd., AnaheimPackingDistrict.com), just a few blocks beyond the Disney gates, reminds visitors why Anaheim sits in Orange County, with kiosks and restaurants in a restored produce-packing house dating back to 1919. Check out The Iron Press, which offers waffle sandwiches—yes, we’re talking about using waffles as bread for sandwiches—along with 24 beers on tap.

Right next to the Packing District is Farmers Park, a gathering area for concerts and celebrations, and on the other side of that is a restored Packard automobile dealership building from 1925 that now hosts Umami Burger and Anaheim Brewery. Umami Burger (338 S. Anaheim Blvd., 714-991-8626, Umami.com) is a gourmet burger joint found throughout Southern California, as well as hotspots like Miami’s South Beach and New York City’s Greenwich Village. The Anaheim location has its own special burger, the Welsh rabbit, which comes with English-cheddar sauce and bread & butter pickles. Get one with an order of fries smothered in braised short ribs and gravy, then go next door to the tasting room at Anaheim Brewery (336 S. Anaheim Blvd., 714-780-1888, AnaheimBrew.com) to try an Anaheim 1888; its name hearkens back to when the brewery began in the 1800s.

Anaheim Center Street (CenterStreetAnaheim.com) sits just a few blocks north of the Packing District and features a collection of stores and diners with an alternative flair. You can find fun food options at places like Healthy Junk (201 W. Center St. Promenade, 714-772-5865, TheHealthyJunk.com), combining healthy (curly yam fries) with junky (a drizzle of ranch and barbecue sauce) for a delicious meal you don’t have to feel bad about. 118 Degrees (185 W. Center St. Promenade, 714-772-2695, 118Degrees.com) is a vegan, raw dining experience where nothing is heated higher than the name. They also offer a seven-day detox diet program, which you might need to adopt after a full day of Mickey cream-cheese pretzels and jumbo corn dogs in the theme parks.

If Dad wants a break from Disneyland, send him to Center Street for a relaxing shave and nice cold one to calm his nerves at Barbeer (165 Center St. Promenade 714-533-2727, Facebook.com/BarbeerAnaheim), which has the distinction of being—as the name suggests—both a licensed beer bar and a real barber shop.

If you want to walk from Disneyland to someplace close, you can almost literally go across the street to Anaheim Garden Walk (AnaheimGardenWalk.com), an outdoor mall featuring many popular national chains such as Cheesecake Factory, as well as options that aren’t available in Utah (FiRE + iCE Grill + Bar and Roy’s Hawaiian Fusion Cuisine).

Park the Car & Appreciate ART
You can get to the Garden Walk and a number of other places within a couple of miles of the park by using the ART, the Anaheim Resort Transportation system (RideART.org), which ferries visitors from Disneyland to various spots in the area, including hotels and motels, so you can leave your car parked at the resort.

Every one of the Disney Resort hotels is amazing, but if you are looking for thing outside the park, we had a great experience at the Ayres Hotel Anaheim (2550 E. Katella Ave., 714-634-2106, AyresHotels.com/Anaheim), which has a European boutique feel with complimentary afternoon reception and hot breakfast, all while being close to the parks, as well as sports venues Angel Stadium of Anaheim and the Honda Center.

Disneyland Resort is undeniably a favorite getaway for Utahns; and while you’re there, expand your horizons beyond the rides and enjoy the surroundings of a new and revitalized Anaheim.

Kathleen Curry and Geoff Griffin blog about their treks at CityWeekly.net and host the Travel Brigade podcast.