City Weekly's new music guru shares how she'll get back her Utah groove. 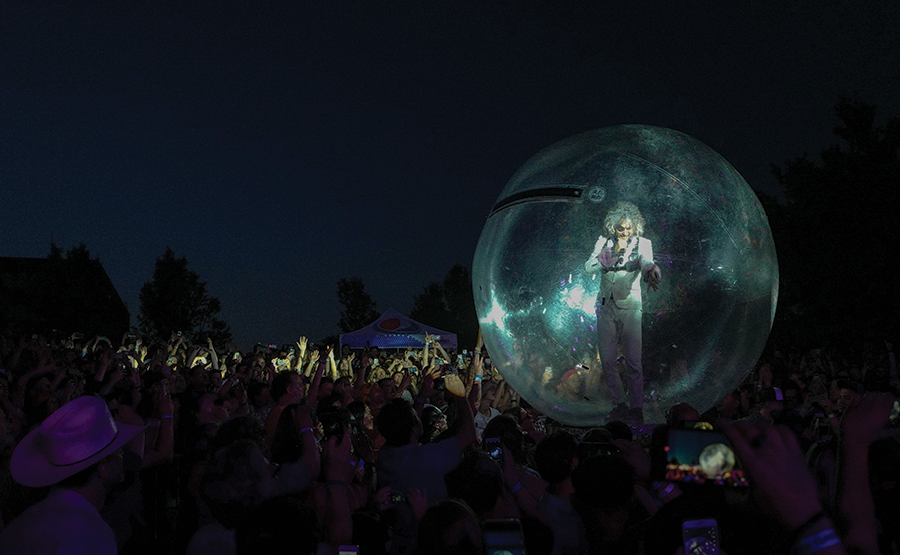 It's a very strange experience to move away from home for a while, and an even stranger one to come back and accept a job where you have to report on local goings-on like you never left. This is my way of acknowledging this weirdness for everyone to see, before I introduce myself. I'm Erin Moore, new music editor at City Weekly. A few things about me: I like talking about music and getting into the grooves of what makes it what it is—the people, the circumstances, the instruments and processes involved. I also like Salt Lake City, my surrogate hometown, which brought me up the way I wasn't—and couldn't have been—raised in the rural Utah town I'm actually from. So, I fearlessly admit that I'm back, and I have a lot to acquaint myself with. Below I present a list of points of interest, and parts of the community I've really missed.

Bands, Bands, Bands: First and foremost, I need to go to as many shows as possible. This means hitting up touring acts at bigger venues like The Urban Lounge and Metro Music Hall, but also making regular visits to the smaller ones, too. Diabolical Records opened its doors and started putting on small shows in its shop the first summer I lived in SLC alone, and my late-summer sojourns to the shop shaped the kind of music I like today. Since I left, two similarly minded venues have popped onto the scene: The Beehive (666 S. State) and Gold Blood Collective (1526 S. State). The Beehive hosts all-ages shows for touring bands across the genre spectrum at both its State Street location and local shape-shifting venue The Underground, and it's also the home of recently opened, all-vegan restaurant Mark of the Beastro (this vegan is excited about that as much as the music). Gold Blood doubles as a storefront selling its own branded merchandise and BMX-related goods and is currently expanding to include a larger venue space, opening Saturday, May 4. I also plan to look into the collection of local music archived in Salt Lake City Library's HUM collection as a way to catch up quickly on the best stuff I haven't yet heard.

A Tale of Two Twilights: I had fun telling stories about many aspects of the Utah experience to my Midwestern pals this last year. Many of them had never heard of Mormons or our liquor laws. Imagine that! Another unbelievable tale I'd tell: The times I got to see well-known artists like Grimes, Solange, The Roots, and Death Cab for Cutie for only $5, and later, $10. Since I've been gone, the Twilight Concert Series has moved back to the Gallivan Center. I didn't get to see how the move affected the festival last year, and I'm interested to see how it goes this summer. I also plan on making my first visit to Ogden Twilight, which was distinguished with a Best Festival Glow-Up award during last year's Best of Utah. Their lineups are always solid, and since the series starts earlier than its SLC counterpart, taking some train trips up north to enjoy the early summer nights this June sounds like a great way to expand my horizons.

Tale of Another Twilite: There is no bar in SLC quite like Twilite Lounge. It has that reputation as the bar you end up at at the end of the night, whether you like it or not. But there are some good things about Twilite—the cheap cans of Rainier that flow at the cash-only bar, the free jukebox stocked with old goodies and new, local goodies alike. Wednesday nights are also one very good thing about Twilite: The Jazz Jagz can always be found plucking out low, moody songs gently and with deep care at the back of the bar, in front of the old electric fireplace, under low light. It's one night where Twilite feels like a warm place, a place to peacefully begin an evening. Of late, Tessi Smith of PK Opal and Batty Blue has worked with David Payne (of Red Bennies), the Jazz Jagz and Hoofless, among other local groups, to bring in a more diverse set of acts for Wednesday nights at Twilite. I'm sure they're bringing in some great names—including accomplished musicians and local figures-about-town—to sit in that back spot, and I can't wait to settle into a booth and watch them play.

Provo, Pearl of Utah County: Provo has long been a cradle of good music and fruitful musicians. Many move up to Salt Lake as time goes on, but when they leave, others remain, and folks always seem to be materializing with new talent to show off. Stephen Cope (of Officer Jenny) runs Studio Studio Dada in Provo and records not only their own music but that of other local artists and bands, too (Quiet House, Sen Wisher, Choir Boy). And of course, there are also the bigger venues, such as Velour, that feature local acts all week long. It's my goal not just to catch up on what's happening in Salt Lake City, but to pay as much attention to what's going on down in Utah County, too. Feel free to help keep me informed (and keep me in check) by emailing music@cityweekly.net.