Enrolling Utah's LGBT population into Obamacare presents opportunities for equality but challenges, too 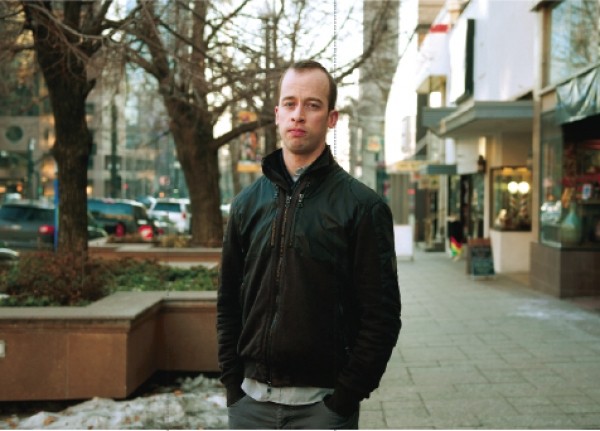 The Affordable Care Act stands to bring something to Utah’s LGBT residents that they’ve been denied for years by lawmakers—protection against discrimination. While lawmakers have shot down statewide housing and workplace discrimination protections for LGBT citizens since 2008, the Affordable Care Act at least forbids insurers from using sexual orientation or gender identity as a reason for denying coverage.

It’s a cause for celebration for Utah’s LGBT population—but first they have to actually get enrolled.
And for health-care “navigators”—those working in the trenches of the highly politicized fight to get people signed up under the ACA—there have been plenty of challenges to deal with.

Deann Armes, the health-care navigator who works with the Utah Pride Center to help enroll Utahns, says that the clients she’s worked with—young and old—have one thing in common after they explore their options in Utah: shock and discouragement.

“The young people that want insurance, they’re the most excited, more than I thought they would be,” Armes says. “They’re excited when they come in because it’s something they can afford, but they leave really frazzled and shocked.”

When Jeff Beecroft, a 29-year-old single gay Salt Laker first tried to enroll, HealthCare.gov told him he was not who he said was, which led to a verification process that included having to talk with verification counselors, the website administrator, and one hair-pulling five-hour session calling different representatives and being hung up on three times.

But with the help of Armes, he was able to finally see the light at the end of the enrollment tunnel.

“She called on my behalf and I think it set a different tone,” Beecroft says. “Then they suddenly have all these different options and they’re able to pull up my info.” Beecroft, who hadn’t had insurance since he was 18, was eventually able to get a $30-per-month plan and some dental coverage.

But many others who look into enrolling are shocked when they realize that they fall into the “gap” of not being eligible for coverage under the ACA and also not qualifying for Medicaid—especially with the state not having expanded the coverage to the 130,000 currently uninsured Utahns who might qualify.

Many LGBT residents are students who might not be making $11,400 a year to be eligible for ACA subsidies, but are also unlikely to be disabled or be the main income earners (making less than $8,000 per year) for dependent children, and therefore cannot qualify for Medicaid.

The question of expanding Medicaid has been a hot issue in Utah, with the governor only recently hinting at some form of expansion, likely to be hammered out in the 2014 legislative session.

Armes says the LGBT population could benefit in other ways from an expansion, since, like other marginalized groups, those who are gay, lesbian, transexual or bisexual suffer disproportionately when it comes to mental-health issues and substance abuse. It comes part in parcel, she says, of LGBT folks sometimes being rejected or isolated from the conservative religious families and communities they grew up in.

“Being a trans person a lot of times is hard, but especially in Utah,” Armes says. “A lot of times, there isn’t family support.”

And while the ACA allows children to stay on their parents’ insurance until they’re 26, LGBT youth who come out of the closet sometimes risk being kicked out of their homes—and off insurance plans.
Another segment of the LGBT population grappling with enrollment are individuals being treated for HIV/AIDS.

Brianne Glenn, a navigator who has worked for the Utah AIDS Foundation, says she and her colleagues have been working overtime lately, because, as of 2014, roughly 500 Utahns are no longer able to take advantage of HIP Utah, the state’s high-risk insurance pool that covered HIV-related services. The new insurance required by the ACA has made it too expensive for HIP Utah to continue to operate as before, so the Utah AIDS Foundation has been working to link clients with services that will continue assisting the low-income patients.

But the Utah Pride Center says there are still lots of advantages to the ACA. Glenn says the advantages the LGBT community will receive from ACA are the same advantages all citizens will gain—the opportunity to focus on preventative care for all health needs, as opposed to waiting for something bad to happen before seeing a doctor.

“Sometimes we’re too narrowly focused on just the sexual-health or mental needs,” Glenn says. “I feel this community now has the opportunity to look at their health care in a very holistic fashion, and will have the ability to take care of themselves as a whole person.”

Danielle Watters, director of community programs at the Utah Pride Center, says they’re working hard with outreach, having already held a health-care happy hour at Jam, a gay-friendly bar in Salt Lake City, and have plans to do more to help clients sign up before the March 31 open-enrollment deadline. Watters says it’s helpful to have people who can guide folks through the health-care maze.

“That’s why I think it’s a great thing for the outreach events to help reduce barriers and make it a convenient thing to ask about,” as well as, Watters says, “help folks who are maybe a little more apathetic and are just crossing their fingers and taking vitamin C.”

That’s a point echoed by the recently enrolled Beecroft. He says that since he works for a small law firm, if it weren’t for the ACA, he likely wouldn’t have signed up for insurance. Now he’s proud to be contributing to a common pool and doesn’t have to live in fear of a hospital visit ruining his finances and credit.

“If you’re in your 20s, you shouldn’t have to be getting in and out of the tub like a senior citizen, you shouldn’t be covering all the corners in your house like you’re a baby,” Beecroft says. “You should be on the slopes or on trails enjoying Utah’s recreation—and [if you’re uninsured] you can’t, because you’re scared to death of going bankrupt because of falling off your bike.”

Editor’s Note: This is the first part in a series looking at how enrollment in the Affordable Care Act will affect different members of Utah’s communities.