Returning series and new debuts on cable for fall 2014 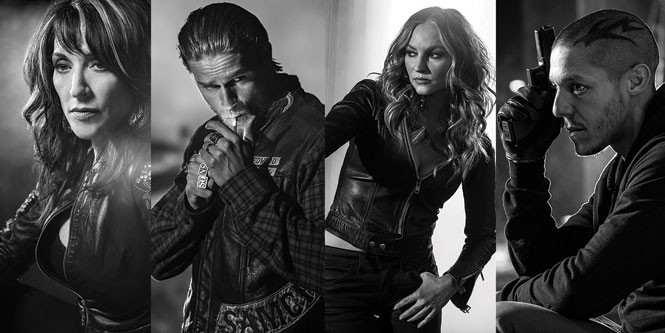 The League (FXX; Wednesday, Sept. 3) Season Premiere: The funniest sorta-sports-related show ever returns, with Katie as the reigning (and insufferable) fantasy football league champion and, thanks to The Simpsons, FXX finally on America's radar. Preview

Boardwalk Empire (HBO; Sunday, Sept. 7) Season Premiere: In the fifth and final season premiere, Nucky's in Cuba wooing Bacardi Rum as Prohibition ends and the Great Depression of the 1930s sets in. So, if you though the show was a downer before ... Preview

Sons of Anarchy (FX; Tuesday, Sept. 9) Season Premiere: In the seventh and final season premiere, Jax sets a new mission for SAMCRO: Avenge the murder of Tara, as soon as he figures out who did it. Yes, the premiere is 90 minutes, and yes, half of it is musical montages. City Weekly and True TV will once again be presenting Sons of Anarchy for free on the movie screen at Brewvies Cinema Pub (677 S. 200 West, SLC, 21+) every Tuesday night at 8 p.m.—be there for da club. Preview

Z Nation (Syfy; Friday, Sept. 12) Series Debut: In Syfy's answer to The Walking Dead, a group of survivors must transport a man with the potential cure across a zombie-ridden U.S. of A. Finally, we'll learn if West Coast zombies are more laid-back than East Coast zombies. Preview

Homeland (Showtime; Sunday, Oct. 5) Season Premiere: It's now The Carrie Mathison Show, as our precarious heroine is deployed to the frontline in the Middle East (great plan, CIA). No, she won't be bringing the Brody baby—she's not that nuts. Preview

The Walking Dead (AMC; Sunday, Oct. 12) Season Premiere: Will Rick and the gang get out of the boxcar alive? Or will they become Terminus burgers? Are Carol and Tyreese on the way? Where's Beth? Will the Z Nation entourage pass through Georgia? Why the hell is Comic Book Men still on? So many questions. Preview

The Affair (Showtime; Sunday, Oct. 12) Series Debut: Joshua Jackson, Maura Tierney, Dominic West and Ruth Wilson star in the story of how an extramarital affair affects two families. It's a departure for Showtime in the fact that only one affair is happening. Preview