Like watching beautiful rich folks cheat on each other and stab one another in the back? Stick with Revenge and Scandal; Betrayal plays like a Lifetime movie with no end in sight (except, fingers crossed, cancellation). 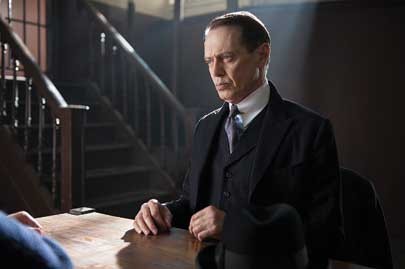 A middling sitcom that forcibly overpowers its lameness with the sheer comedic force of star power: Will Arnett (Arrested Development), Margo Martindale (Justified), J.B. Smoove (Curb Your Enthusiasm), Mary Elizabeth Ellis (It’s Always Sunny in Philadelphia) and Beau Bridges (brother of The Dude) work like hell to just barely pull The Millers out of the crapper. When news reporter Nathan (Arnett) gets a divorce, it inspires his father (Bridges) to leave his wife of 43 years (Martindale); the occasionally hilarious fallout wrecks the lives of Nathan, his sister (Ellis) and even his cameraman (Smoove). It could have been much worse (you’ll get to Fox’s Dads in a minute).

Welcome to the Family
NBC, premiering Thursday, Oct. 3
Parents Dan (Mike O’Malley, Glee) and Karina (Mary McCormack, In Plain Sight) are finally sending their daughter off to college—until she gets pregnant by her Latino, East L.A. boyfriend. His whitey-averse parents (Desperate Housewives’ Ricardo Chavira and Six Feet Under’s Justina Machado) are none too happy about the situation, either. Can these two families cross their cultural barriers and get along, for the kids? More pressing, how did this not end up on ABC Family?

[image-41] The Tomorrow People
The CW, premiering Wednesday, Oct. 9
Stephen (Robbie Amell, cousin of Arrow’s Stephen Amell—follow?) is a different kind of pretty teen—but he has no idea how different until he meets up with fellow pretty teens the Tomorrow People, a genetically advanced race with powers of telekinesis, teleportation, telepathy and maybe even sweet Telecaster licks. Sounds cool, until he learns that a shadowy military operation—there’s always a shadowy military operation!—is hunting down the Tomorrow People today, and tomorrow as well. As with most CW fare, TTP is more fun if you just don’t think about it too hard.

[image-45] Enlisted
Fox, premiering January 2014
First a cop comedy, now a military comedy? Fox really is taking it back to the ’70s this season. Geoff Stults (of the late, somewhat lamented The Finder) is funny enough channeling Stripes’ Bill Murray, and Enlisted exhibits occasional flashes of that old Fox edge that the network was known for before it became Karaoke Central 10 years ago. But a Friday-night timeslot is still a death sentence—catch it while you can.