Have there been any confirmed deaths by falling pianos? How about anvils? 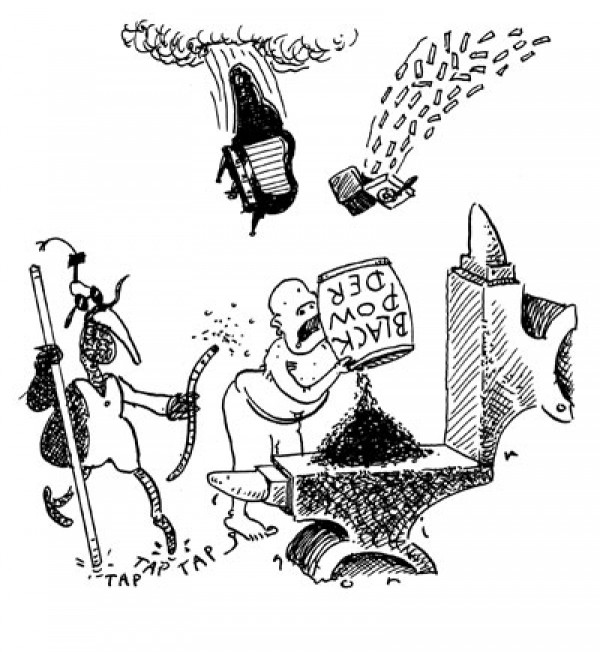 Have there been any confirmed deaths by falling pianos? How about anvils? —Stephen, Acme Industrial Products

I see you’re a Road Runner fan, Stephen, although one of that small subset that wonders, on seeing Wile E. Coyote deploy a piano, anvil or roadside explosive from Acme Products: Is this technically feasible? Some say this attitude ruins a good joke. Not me. I understand that exploring the practical realities of being inadvertently squashed deepens our appreciation of quality humor. I also have to say there’s a certain snob appeal in being able to tell a fellow connoisseur: You know, the real danger is when the piano falls up.

We’ll get to that. First, however, let’s concede that large objects fall on people less often than popular culture would lead you to think. I once debunked the myth that 150 people a year were killed by falling coconuts. Death by falling piano is likewise rare. My assistant Una scanned through old newspaper databases and was unable to find a single real-life instance of this classic cartoon trope. She did find the following:

In 1931, a piano was being hoisted up to a second-story window when a cornice broke free from the building, falling and killing a mover below.

In 1955, a man ironically surnamed Keys was crushed under a piano being delivered to his home. However, the piano hadn’t been hoisted up and dropped; it and the victim just fell out the back of the truck.

Virtually every other reported case of death by piano resulted from the instrument simply tipping over. Commonly, the victims were kids playing near an old upright; perhaps some misguided practical joke was involved, but if so, it fell flat.

The exception was the case of strip-club bouncer Jimmy Ferrozzo. In 1983, Jimmy and his dancer girlfriend were having sex on top of a piano that was rigged so it could be raised or lowered for performances. Apparently in the heat of passion, the couple accidentally hit the up switch, whereupon the piano rose and crushed Jimmy to death against the ceiling. The girlfriend was pinned underneath him for hours, but survived. I acknowledge this isn’t a scenario you want depicted in detail on the Saturday-morning cartoons; my point is that death due to vertical piano movement has a basis in fact.

You didn’t ask about safes, which is just as well, because we basically struck out here, too. The closest instance may be a case from 1893, where a 2,000-pound safe being rolled from one building to another broke through the pavement just short of its destination and fell into the cellar below. Regrettably, it took one of the movers with it, resulting in his demise. Similarly, during a 1956 shoe-store fire in Spokane, a safe fell through the floor and into the basement, killing fire captain Leonard Doyle.

Finally, anvils. It’s difficult to imagine why one would ever need to hoist an anvil high enough for it to drop on someone. However, we can’t rule falling anvils out entirely, due to a little-known pastime called anvil shooting, an exemplar of the hold-my-beer-and-watch-this school of redneck diversions.

The concept, which can be seen in practice in numerous online videos, is lethally simple: You put an anvil on the ground, fill a concave space on its upper surface with black powder, insert a fuse, set a second anvil on top, light the fuse and run like hell. The detonation sends the top anvil flying in the air—preferably straight up and then straight down, but you can see where things could go tragically awry. We didn’t find any instances of this actually occurring, but thanks to the Road Runner, we have an artist’s impression of what might happen when it does.

I don’t want to give the impression that getting killed by falling objects is uncommon. On the contrary, the advent of large-screen and more recently wall-mounted televisions has created an entirely new category of real-world danger: death by falling TV. The Consumer Products Safety Commission found that from 2000 to 2011, an incredible 215 people were killed by their own televisions, 29 in 2011 alone. The typical scenario is a child climbing up on a poorly or unanchored television to reach a toy.

This death toll may seem low compared to the 43,000 people injured each year due to objects tipping over on them. However, TVs are to blame for an astonishing 62 percent of tip-over fatalities.

What’s more, we have at least one instance of a TV-related death that was every bit as random as getting killed by a falling piano or anvil. In March, a Kansas family was traveling through the newly renovated airport in Birmingham, Ala., when a bank of video monitors fell on them for no apparent reason, killing a 10-year old boy and injuring his mother and brothers. I hate to keep adding to the list of modern perils, but there’s no denying TV can be bad for your health.