It’s easy to look at any old “alternative” band’s reunion as a cynical cash grab; Black Francis has said as much about the Pixies reunion that seemed to spark a slew of others, like Dinosaur Jr. and Pavement. Now comes Sacramento band Far, a hard-hitting crew that put out four albums through the ’90s before disbanding in 1998 just as they released what would prove to be their most popular album, Water & Solutions. A decade later, the original lineup of Johan Matranga, Shaun Lopez and John Gutenberger got back together to do a few shows in England, and the experience inspired Far to write some new songs. The resulting album, At Night We Live, was released May 25, and showcases all the post-hardcore moves that made the band of a favorite of peers like the Deftones. Dead Country and The Trophy Fire open the show
. The Urban Lounge, 241 S. 500 East, 9 p.m. $14

DJ Shortkut
When it comes to DJ/turntablist culture, DJ Shortkut is an all-time great, a pioneer who’s spent nearly 25 years helping expand and explore the possibilities of two turntables, fast hands and an ear for what moves a crowd. Not only is he a star as a solo act, but he’s a member of three massively influential crews of DJs, including the Beat Junkies, the Triple Threat DJs and Invisbl Skratch Piklz, an all-DJ “band” made up of Shortkut, Q-Bert and Mixmaster Mike. Now primarily working solo, Shortkut isn’t content to just parachute into towns to host a party and cash a check; he also regularly teaches seminars and tutors students about practical DJ techniques and hip-hop culture and history. The Hotel & Elevate, 155 W. 200 South, 9 p.m. $10 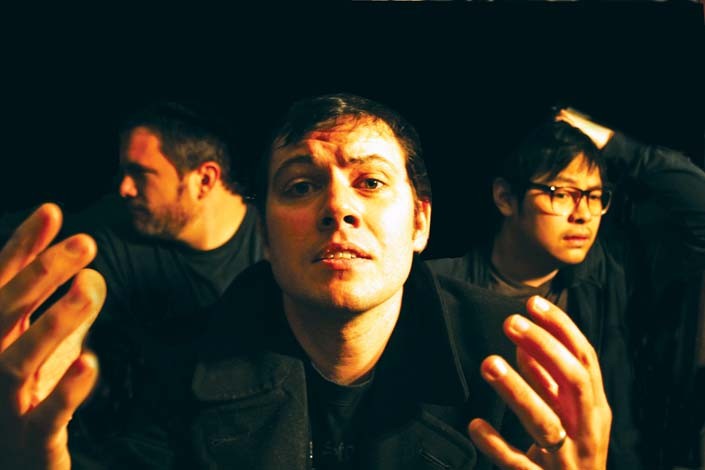 Red Bennies
One of the longest-running bands in Salt Lake City, with 16 years of performing and recording under their collective belt, the Red Bennies continue to impress with their volatile brand of rock and roll. Led by singer/guitarist David Payne, the membership of the Bennies might fluctuate regularly (drummer Dan Thomas and bassist Tommy Nguyen round out the current incarnation), but the quality of the Bennies’ music rarely does. So it goes with the new Glass Hands album, an abrasive-but-tuneful collection the band is celebrating Saturday, joined by friends Laserfang and Night Sweats. The Urban Lounge, 241 S. 500 West, 9 p.m. $5

Nolens Volens, //, Nonnon
This collective made up of experimental Utah dance and electronic artists co-created a new project they’ve dubbed Data/Booty, and Data/Booty knows how to rock a party, electro-style, judging by its bass-heavy album full of high-bpm jams inspired by the Chicago “Booty House Underground.” The 25-song album boasts no fewer than a dozen vocalists working with the folks providing the beats, delivering some hilarious high-energy tracks like “Bounce That Bubble,” “My Rumps” and the should-be classic “Bitch, Who the F—k You Is?” It can be hard to pull off so many vocalists live, though, which makes Saturday’s headlining gig all the more special. Presented as a “Night Full of Booty,” the show will include several of the lyricists/vocalists featured on the Data/Booty album, including Con Collider, Vamp, gRape and P.O.N.Y. Dead Explorers Club and Social Studies open the show. Kilby Court, 741 S. 330 West, 7 p.m. $6

Eluvium
Portland’s always been an insanely prolific music town, especially considering its size, and here comes another in a regular stream of talented Rose City artists making a pit stop in Salt Lake City, hot on the heels of acts like Horse Feathers and Nick Jaina. While those acts delve into folk and roots-rock, Eluvium works on the more electronic side of the street. Written, performed and recorded by one-man-gang Matthew Cooper, Eluvium’s new album Similes is hyped in the band’s bio as a more “accessible” release than past efforts, but Cooper’s love of minimalist, ambient soundscapes remains intact. Sure, there’s a little percussion here and there, and some traditional verse-chorus-verse action, but for the most part, Eluvium’s music is unpredictable, somewhat icy and primarily for fans of experimental noisemakers like Brian Eno. Charles Stanyan and I Hear Sirens open the show. Kilby Court, 741 S. 330 West, 7 p.m. $8 advance/$10 day of show