(No) new info on the benefits of fasting 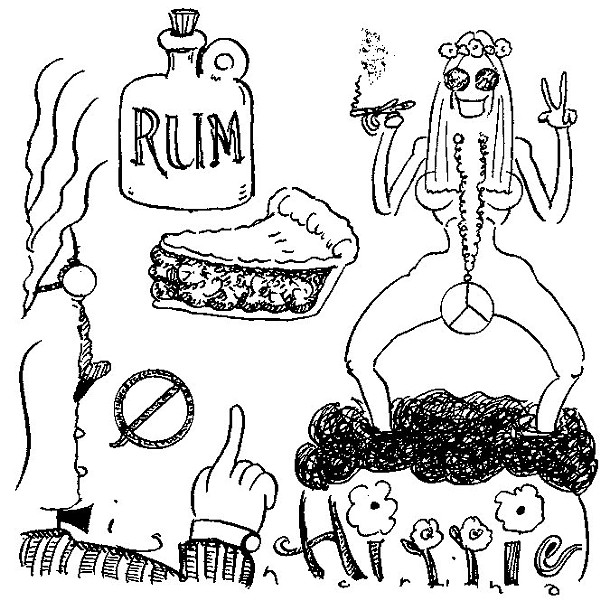 Looks like your column on the benefits of fasting may be in need of an update! “We could not predict that prolonged fasting would have such a remarkable effect in promoting stem cell-based regeneration of the hematopoietic system,” says university professor Valter Longo, co-author of a new study on the subject. The hippies may have been on to something after all. —Quint, via the Straight Dope Message Board

When new information comes in that undermines one’s previous conclusions, the responsible researcher knows what to do—trash the new research. At the Straight Dope, we’re above such foolishness. Regarding this latest revelation, I’ll just say this: Not—you should pardon the expression—so fast.

In the 2006 column I assume you’re referring to, I looked at fasting regimens intended to rid the body of unspecified toxins. I pointed out that while a lot of us undoubtedly consume more toxins than are good for us, alcohol being the obvious one, the simplest way to rectify the problem was to consume fewer toxins, not start some cockamamie fasting routine. But where’s the fun (not to mention profit) in that?

In a separate column from 2009, I talked about calorie-restriction diets. These don’t involve fasting in the usual sense—that is, a sharp but short-term cutback in food intake—but rather a long-term reduction in calories. The alleged benefit, based on early animal studies, was longer life. Here I thought scientists might be on to something.

That was then. Where are we now? Let’s review:

1. Fasting puts you through three different stages of metabolism. For about the first day, your body relies for energy on glycogen stored in the liver. When the glycogen’s gone, your body then uses amino acids and other compounds for fuel, which are extracted from muscle. Eventually you start burning fat, and what was a rapid weight reduction of about two pounds per day slows to about a third that rate. Fat is an energy-rich storage medium—somebody weighing 150 pounds can last two to three months on their fat reserves alone. After 43 days, a group of hunger strikers lost just 18 percent of their weight, even though their body metabolism probably decreased by something like a quarter.

2. That middle stage is surely what most fasting buffs have in mind when they talk about flushing toxins. You shed a lot of water during this phase (thus the rapid weight loss), and the dumped fluid takes a lot of waste products with it. In itself, this doesn’t confer magical curative benefits; you’re just speeding up what occurs naturally. Still, cutting back on food intake may do some good. Fasting for up to two weeks can lower blood pressure, and fasting for just two to five days can improve cell resistance to natural and artificial toxins.

3. Which brings us to the study you cite, published in June by Cheng, Longo, et al. The researchers starved mice for 48 hours, then gave them chemotherapy drugs. Result: the mice were better able to weather chemotherapy’s side effects, with improved resistance to bone marrow damage, better immune system function, and improved blood-cell regeneration. This had nothing to do with flushing toxins, as such. Rather, the researchers contend, the body sheds worn-out immune cells during a fast and subsequently regenerates new ones—basically reversing the immune-system damage caused by aging. While that’s a pleasant thought, it’s one thing to say fasting softens the harsh effects of chemotherapy; it’s something else to say it’ll keep you young. Much more work needs to be done.

4. Evidently, the same can be said of long-term calorie restriction (CR). The claim is that a permanent 10 to 40 percent reduction in calorie intake will result in longer, healthier life. Unfortunately, the two major CR studies involving primates have come to opposite conclusions:

• A 2012 paper on a National Institute on Aging experiment in which rhesus monkeys were kept on lifelong CR diets concluded the low-cal regimen “has not improved survival outcomes.”

Both teams attempted to explain away the other’s results. The NIA scientists noted that the Wisconsin group had excluded many deaths from their calculations on the grounds that the causes were unrelated to diet. If you counted all deaths, the apparent increase in lifespan disappeared.

The Wisconsin researchers, meanwhile, argued that because of the way the NIA experiment was set up, the monkeys in the control group had been effectively placed on a CR diet too. In other words, no lifespan boost was detected because both the CR and baseline monkeys lived longer.

Science being the slow process it is, no doubt it’ll take years to get this straightened out. For now I merely point out that, setting aside eating disorders, malnutrition, and such, nobody ever died of being thin, whereas abundant evidence shows excess weight can be unhealthy. Obvious best bet: eat less.