Joshua Tillman is thought-provoking in social media and song. 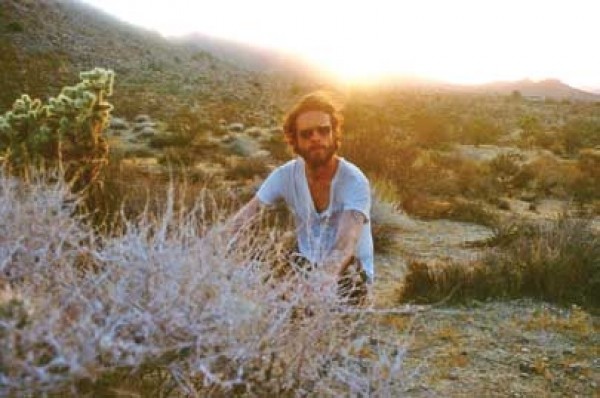 It’s either beautifully brilliant or ridiculously irrelevant, and Joshua Tillman, aka Father John Misty, entertains both of these two not-mutually-exclusive viewpoints regarding whom he follows on Twitter.

Interpret the collection of the seven Twitterers that Tillman follows as you see fit: Rodney Atkins, Nick Jonas, Joel Osteen, Martha Stewart, Minister Farrakhan, Forbes and Mitt Romney. But know this: There are layers of intention within the singer-songwriter’s choices.

“The best that the conscious mind can do is just get the joke that the subconscious mind is trying to tell,” Tillman says. “The curation of people who I follow on Twitter is akin to that.” He trusts his instincts, and says that when stared at long enough, there’s an internal logic to this curation—without giving anything else away.

“People are trying to curate a sense of self by who they follow, and in some cantankerous sort of way, I resent that enterprise,” Tillman says. “So it’s a satire of subversion to that sort of impulse.”

Tillman’s hallmarks are his personal and at times deprecating songwriting style, along with his sly cynicism toward and the critique of the pop-culture-induced subdued thought of our time. And he’s pretty funny, too. You can follow him at @FTHRJHNMSTY.

“I do get a thrill out of taking something banal—or fucking stupid—like Twitter and turning it into something like a platform that’s simultaneously a statement on the thing itself, but is also edifying and entertaining and creative in a way that’s smart and has dignity,” Tillman says. “I think that’s a fun magic trick.”

If I were to curate a list of Twitterers to portray Tillman’s sense of artistic being—and also assume that each of these mostly dead writers and philosophers did, in fact, tweet—it would include novelist/“metaphysical trash compactor” Tom Robbins, mythologist Joseph Campbell, French existentialist philosopher Jean-Paul Sartre, songwriter Leonard Cohen and the inimitable trickster Coyote of Native American folk legend.

These folks seem appropriate because Tillman, as he presents himself in his one previous solo record with the pseudonym Father John Misty, Fear Fun—prior, he released seven solo records and was a member of Fleet Foxes for four years—is dark while being playful, blunt but also mysterious.

As Marshall McLuhan wrote in the preface to Amusing Ourselves to Death (which Tillman posted about on Twitter around the time of our interview), “The medium is the message.” And at Tillman’s core, he is a musician and a songwriter. Although not unrelated, his social media and pop-culture philosophies are one thing, and his way of writing from a unique, if not upside-down, perspective is another.

Tillman has a cohesive way of writing an album, because each batch of tunes is relevant. “I’m holding myself accountable to what’s going on in my life, in my music,” Tillman says. “I could write this kind of escapism. Or every album that I make could be a jumble of impressionistic imagery; you know, like a whiskey river and the mountains and whatever. But I can’t divorce my music from where I am in my life.”

As Tillman readies his next album, tentatively titled I Love You, Honeybear, he contemplates love looming large—both the absence of it and the vulnerability of being in it. Does he look to those he follows on Twitter, like Martha Stewart or Mitt Romney, as muses? Thankfully not—he’s recently engaged

“[Being in love] raises these really morbid questions, like, ‘What the fuck if you die? What am I going to do?’ ” Tillman says. “If I wasn’t in love, I wouldn’t have to consider this monstrous future pain.” Love is a conversation about loss and death, he says. “There are these really real sentiments around it that you don’t often hear in a love song.”

In typical Tillman form, he offers a thought-provoking worldview on something that’s been written about time and time again. He takes a cliché, like sugar-coated ideas about love, and runs it through the cheese grater of his mind and uses the morsels to melt together something that’s dark and honest. It’s like a reflection through a broken mirror … or maybe it’s like a 100 modified retweets of some distilled truth.