Laptops, shoes were seized in 2010 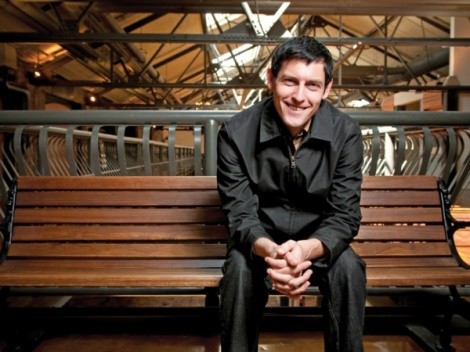 Most Utahns have likely forgotten that FBI agents raided one Salt Lake City residence twice in 2010, looking for clues to thwart the actions of domestic terrorists. That’s likely because these were terrorists lite, ones whose suspected acts of terror are what the feds call “animal enterprise terrorism.” The suspected terrorists are the types of “extremist” animal-rights activists who, at worst, trash research labs with spray paint and set fire to empty leather-goods factories.

But while the public may have forgotten about the raids that targeted a quiet Trolley Square-area home in March and August of 2010, the cadre of young animal-rights activists have not. That’s partly because, more than a year later, the FBI has neither charged any of the residents with a crime nor returned the majority of the laptops, phones, papers, journals and books agents confiscated.

While the FBI has stated previously that its efforts are part of an ongoing investigation, animal-rights activists such as Peter Young argue that the investigations the raids served have already been concluded. (The FBI did not return a call for comment for this story.) A copy of the warrant used for the August 2010 raid showed that agents were looking for information relating to Walter Bond, an animal-rights activist who was convicted of arson in July 2011. The search warrant for the March 15, 2010, raid sought information linking Young to a break-in incident at a research laboratory in Iowa in 2004.

“They made some pretty outrageous leaps to attempt to connect me to this Iowa laboratory raid,” Young says. “That was the key that turned the lock that got [the FBI] into our house.”
Connecting the dots between Iowa and Utah, Young says, is a chain of “specious” evidence and allegations that resulted in the home he shared with several other activists being turned upside-down in an investigation that yielded nothing concrete. But that hasn’t stopped the FBI from holding onto their possessions—which, for Young, included not only his laptop, personal writings and books, but also his shoes.

“They took every scrap of paper and everything with a wire and a lot more,” Young says.
On Nov. 14, 2004, animal-rights activists—allegedly part of the Animal Liberation Front—broke into Spence Laboratories at the University of Iowa, taking more than 300 lab mice and rats and wrecking lab computers, equipment and other property to the tune of $500,000 in damages.

According to an affidavit leaked on the Internet that’s ostensibly signed by an Iowa agent for the FBI’s Joint Terrorism Taskforce on Oct. 7, 2009, warrants were needed since the FBI had a suspect who it believed could connect Young to the Iowa crime. The suspect, Scott Demuth, had had his residence raided for being suspected of plotting to commit some act of “direct action”—or a form of illegal protest that involves criminal activity—against the 2008 Republican National Convention in St. Paul, Minn. A journal taken from Demuth included entries showing his affinity to animal-rights activists the FBI was monitoring. One entry read: “Fuck the feds. … Turns out the Feds have shit on P. Could be disastrous for him.”

P., the FBI believed, was Peter Young. While the FBI has not yet confirmed the validity of this affidavit acquired by Young, former City Weekly reporter Jesse Fruhwirth confirmed in 2010 that the search warrant targeting Young for the March 15, 2010, raid in Salt Lake City was in connection to the Iowa vandalism case.

Young knows full well why he is a target: He served two years in prison in 2005 for liberating mink from farms in the upper Midwest during the late ’90s, including in Iowa. But since his release, he says his activism has stayed above ground. He regularly speaks to audiences about the animal-rights movement and created the Website Voice for the Voiceless, which tracks activists’ direct actions at mink farms and slaughterhouses across the country. He was also working on a book about ALF and other aspects of the movement—until that work-in-progress was seized by the FBI.

“The only thing I’ve been doing is speaking on behalf of people who break the law, and not breaking the law myself,” Young says. What is especially frustrating for Young is that he says the Iowa case should be closed since Demuth, the individual targeted by the FBI, was sentenced in February 2011 to six months in federal prison for “conspiracy to commit animal enterprise terrorism” in relation to the University of Iowa lab break-in.

The grounds for the second Salt Lake City raid also appear to have served a now-concluded investigation. That investigation was in reference to Walter Bond, an animal-rights activist who pleaded guilty to two arson charges on July 6, 2011, for setting fire to Tiburon Fine Dining for serving foie gras—a meal activists say is cruel and exploitive to geese—and to the Tandy Leather Factory.

Bond, known as “The Lone Wolf,” has been indicted, convicted and now only awaits sentencing, yet the items seized from the activist’s house in connection with that investigation have not been returned.

Stewart Gollan, a Salt Lake City civil-rights attorney representing one of the residents of the raided house, questions why the FBI still needs the confiscated evidence.

“It certainly seems to me to be a very broad warrant,” Gollan says.

While Gollan is reserved in questioning the FBI’s motivations for holding onto the evidence, he admits the legal process required to challenge the federal government for return of items is complex and cost-prohibitive, since individuals can’t see sealed indictments to be able to argue why their possessions should be returned to them.

“People have to jump through a lot of hoops and incur legal expenses,” Gollan says. Gollan, as well as Young, are now readying a legal challenge to the confiscations they say have well outpaced the investigations that allegedly justified the 2010 raids.

Young sees the raids as being perversions of due process. Instead of using search warrants based on solid evidence, he feels the warrants were used as an excuse to try to learn about the movement’s actions.

“One hundred percent of what they took had nothing to do with the Walter Bond case or the Iowa case,” Young says.

The fact that the confiscated items have not been returned stinks of FBI intimidation, Young says.

“They definitely did derail a lot of projects I was working on,” Young says. “You have to wonder if they are just trying to shut me up.”%uFFFD