Are the Feds watching you? 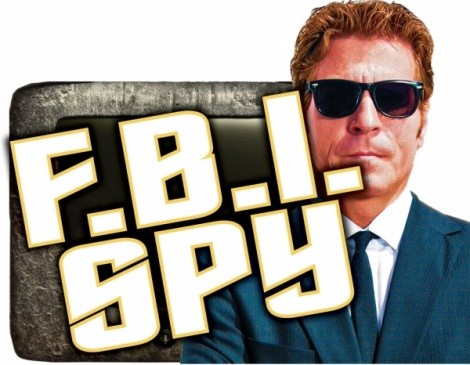 In 2010, the Foreign Intelligence Surveillance Act court approved all 1,506 requests by the FBI to electronically monitor suspects. It was also generous with granting “national security letters,” which allow the FBI to force credit-card companies, financial institutions and Internet service providers to give confidential records about customers’ subscriber information, phone numbers, e-mail addresses and the Websites they’ve visited. The FBI got permission to spy on 14,000 people in this way.


Do they really think there are 14,000 terrorists living in the United States?That’s just the beginning. Now, the FBI is claiming the authority to exercise more surveillance powers, which include undocumented database searches; lie detector tests; trash searches; surveillance squads; investigations of public officials, scholars and journalists; and rules that would provide more freedom for agents and informants to not disclose participation in organizations that are targets of FBI surveillance.

Here are five cases of FBI abuse that show the FBI deserves more scrutiny, not a free pass to continue fighting the so-called “war on terror.”

1. FBI’s Use of Warrantless GPS Tracking 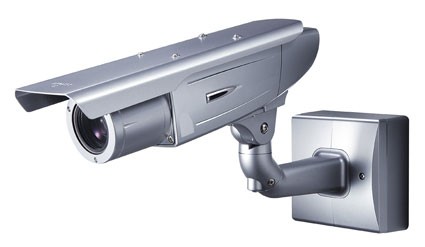 Given the fact that Americans have a constitutional right to privacy, one might think you would have to get a warrant to place a GPS device in a location that can track a suspect 24 hours a day. Yet, in many cases, law-enforcement officers are attaching GPS devices without first getting a warrant.

In October 2010, 20-year-old Arab-American student Yasir Afifi was concerned that he had found a pipe bomb when he noticed a “black, rectangular device” attached to his car. Upon finding the device, he posted photos to Reddit.com, hoping someone could tell him what was on his vehicle. A couple of days later, FBI agents showed up at his apartment to “retrieve the device.”

Turns out, the mysterious device resembling a bomb, which had understandably petrified Afifi, was a GPS device.

As a lawsuit filed by the Council on American-Islamic Relations (CAIR) details, “After requesting counsel, the FBI agents continued to make demands of Mr. Afifi and interrogate him. …They asked him whether he was a national-security threat, whether he was excited about an upcoming (but undisclosed) trip abroad, whether he was having financial difficulties, whether he had been to Yemen, why he traveled overseas and many other questions.”

Nevertheless, the Obama administration has urged the Supreme Court to allow the government to attach GPS devices on “suspects’ vehicles to track their every move.” According to the Justice Department, “A person traveling on public thoroughfares has no reasonable expectation of privacy in his movements from one place to another,” and that is why, as of April 2011, they wanted a lower court’s decision that had reversed a conviction and life sentence for a drug dealer whose vehicle had a GPS attached without a warrant undone.

The American Civil Liberties Union of Delaware filed a brief at the end of May urging Delaware to uphold its ruling on the case of the drug dealer. The brief asserts, “The Fourth Amendment protects all persons, regardless of their location, from government searches, absent exigent circumstances, unless a court has issued a warrant upon proof of probable cause.” It adds, despite the rise in use of “sophisticated electronics,” the New York Court of Appeals, for example, does not find the public’s “socially reasonable expectation that our communications and transactions will remain to a large extent private” has diminished.

Additionally, the FBI’s use of warrantless GPS tracking is invasive, for the reason outlined by a Washington, D.C., federal appeals court:

“A person who knows all of another’s travels can deduce whether he is a weekly churchgoer, a heavy drinker, a regular at the gym, an unfaithful husband, an outpatient receiving medical treatment, an associate of particular individuals or political groups—and not just one such fact about a person, but all such facts.”

The U.S. Supreme Court agreed on June 27 to hear the case on whether police can attach a GPS tracking device to a suspect’s vehicle without obtaining a warrant. The court’s decision could have profound implications for U.S. citizens because a majority carry a “tracking device” every day—a cell phone. It could define whether the FBI would be able to circumvent traditional wiretapping guidelines and just use this loophole to tap citizens through their cell phones.

David House has faced harassment since November 2010, when Department of Homeland Security agents detained him at Chicago O’Hare International Airport on his return trip from Mexico.

A press release posted by the Bradley Manning Support Network, which House co-founded, described how House had his laptop seized and was “questioned extensively” about his support for alleged WikiLeaks whistleblower Bradley Manning. House requested a copy of his research data from the computer that was seized. His request was denied.

House faced intrusive and intimidating tactics that included copying and possibly disseminating the contents of his USB drive, camera and laptop, all because he joined a lawful group.

“The search and seizure of my laptop has had a chilling effect on the activities of the Bradley Manning Support Network, by silencing once-outspoken supporters and causing donors to retreat. Our government should not be treating lawful activists like suspects,” House said. Days later, the FBI approached House at a computer conference.

The FBI has also been at the center of attempts to intimidate WikiLeaks supporters, especially those involved in organizing the Bradley Manning Support Network, a grass-roots group.

In April of this year, House sent a message on Twitter reporting that FBI agents had gone to “interrogate a West Coast friend at his place of work.” He described how his friend, who is not involved in computers or activism, was pressured to sign a nondisclosure agreement and was held for four hours after the interrogation. His friend was released after repeatedly banging on the interrogation room’s door. He had taken notes during the interrogation on “a scrap of magazine paper during his four-hour detention” but was made to surrender his notes before leaving his detention.

The friend said that the FBI agents wanted to know what he knew about House, his beliefs and his lifestyle. There were no questions about Manning.

The ACLU has come to House’s defense and filed a lawsuit against the DHS. The ACLU has called for the “return or destruction of any of House’s personal data still in the custody of the government and disclosure of whether and to whom the data has been disseminated.” If not for the ACLU sending a letter to the DHS, House would likely have not been able to get his seized laptop, camera and USB drive back after seven weeks.

The FBI recently subpoenaed House to appear before a federal grand jury empaneled to investigate WikiLeaks in Alexandria, Va. He pleaded the Fifth and refused to answer questions on possible violations of the Espionage Act. House also has alleged that agents from various government agencies tried to bribe him for information on Boston-area hackers.

Additionally, Jacob Appelbaum, a computer-security researcher who represented WikiLeaks at the 2010 Hope conference, has been detained and searched regularly for nearly a year. On July 29, 2010, he was detained for three hours at the Newark airport. His bag was searched, receipts in his bag were photocopied and his laptop was inspected. Appelbaum refused to answer questions because he did not have a lawyer present. He was not allowed to make a phone call, and three mobile phones he was carrying were seized and have yet to be returned.

Days later, he was approached by two FBI agents at a Defcon conference after he made a presentation about the Tor Project, an open network that allows users to browse the Web anonymously.

FBI agents wanted to chat, but Appelbaum said he had nothing to say. An agent claimed he was interested in hearing how his rights were being trampled because “sometimes it’s nice to have a conversation to flesh things out.” The agents said they were at the conference for official and personal reasons.