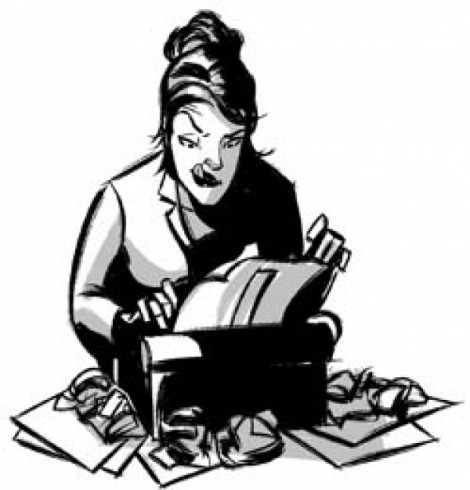 You know those moments in life when you think you’ve heard or seen it all? And you can’t imagine anything getting more ridiculous or just plain pathetic?

Melissa Larsen knows those moments well. This is because Larsen is executive director of Planned Parenthood Action Council for Utah (PPAC), the organization’s political action committee. PPAC is legally authorized to raise funds and lobby for Planned Parenthood’s abortion rights and family planning efforts at the state Legislature and before Congress.

It’s the kind of job where a person hears the craziest things. In Larsen’s chosen vocation, urban myths about sex and how babies are made spring up and spread like that creeping wild morning glory you just can’t kill in an otherwise lovely garden. Larsen spends a good chunk of her time trying to tell the truth about sex: who’s having it, who’s spreading sexually transmitted disease from it, who’s getting unintentionally pregnant from it and, ultimately, who should mind their business about women who choose not to be pregnant and have an abortion.

So the other day, Larsen told me about “floating.” The term is apparently spreading around Utah among the young and appallingly stupid.

“Floating is when you put a penis inside a vagina and you stay very, very still. If you don’t move, it isn’t considered to be sex,” Larsen said.

The “floating” myth even made it this year into Salt Lake Acting Company’s Saturday’s Voyeur, the annual theatrical spoof on Utah politics and culture. Now, that’s power.

How about more fun facts on Utah’s dearth of intelligence about sex and where babies come from?

Utah’s Planned Parenthood clinics lead other clinics across the country in the dispensing of Plan B (aka the “morning-after pill”) contraception.

Orem’s Planned Parenthood clinic in Utah County leads the rest of the state in the dispensing of Plan B.

The morning-after technology works up to 72 hours following unprotected sex. With each day that passes within that window, the pill becomes less effective.

“The numbers tell us that not a lot of planning goes into sex [in Utah],” Larsen says. “There’s a lot of unintended sex. People go along thinking they aren’t really having sex when they are, and they’re not fully informed about precautions.”

What clinic workers hear from too many women who come in for Plan B is “it’s only going to happen once” and “it will never happen again.” But they do show up again. And again.

Plan B was never meant to be a regular, routine birth-control method. That’s why it’s called emergency contraception. But, as Larsen points out, too much of Utah culture reinforces a belief, especially among teenagers and college students, that “if you are thinking about sex in advance, what kind of person are you? Good kids don’t plan ahead like that.”

You would think the same old pregnancy- and STD-prevention message would get redundant, stale, tired. But, in a little over five months, we’ll be hearing again from a handful of obsessive, busybody legislators, determined to pass a law—just about any law—that will overturn Roe v. Wade and a woman’s right to abortion.

Last year, some House Republicans were ready to spend up to $8 million in defending a bill that would have banned abortion except in cases of rape, incest or extreme medical necessity for the mother. This, despite opinion polls that showed 52 percent of Utahns opposed the spendy effort and an opinion from Attorney General Mark Shurtleff—the state’s top legal official—that the bill was highly likely to be found unconstitutional.

The bill failed in the last minutes of the 2007 Legislature. But Rep. Paul Ray, R-Clearfield, has promised to bring it back in 2008.
Somehow, the Legislature is convinced that the trend toward abortion in the state is on a runaway train. The Utah Health Department, however, has the facts. From 1980 to 2005 (the latest year available), the highest number of abortions in Utah was 4,950, in 1989. From then on, the frequency of abortions has been trending downward, with the number hovering near 3,500 for the last 10 years.

Up on Capitol Hill, the drumbeat is always that “one abortion is one too many.” And no one in the family-planning business would argue with that. It’s just that people who make the rules in Utah refuse to be honest about sex in this state—once again, who’s having it and how to prevent pregnancy and disease because of it. The people who make our laws have trapped educators in an “abstinence-only” box where they can, for instance, use the word “condom” in an oddly clinical way but can’t discuss with students how to use one.

And the only way we’ll ever do that is to stop “floating” around the honest discussion required to keep people from having one.
end