Feature | Bar Battles: Fight the DABC or give in. Either way, you’ll likely lose. 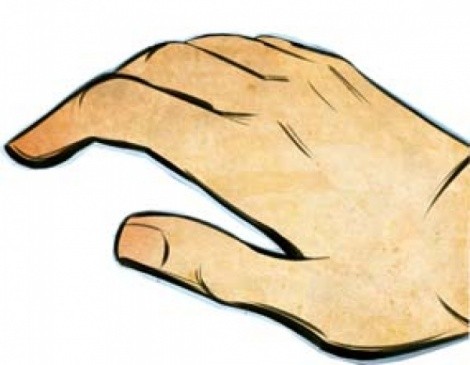 Justin Angell sped out of the parking lot of The Detour—Richfield, Utah’s only private club—in his white Dodge pickup, just before midnight, bent on revenge.

It was Sept. 28, 2007. According to police reports, the former local county jail employee went home, loaded a semi-automatic rifle and handgun, put on a ballistic vest and Kevlar helmet and headed back to Main Street to “talk” to the people he later told police had earlier beat him up. Several Richfield cops intercepted and arrested him before he got to The Detour.

A bartender told the cops Angell “did not seem overly intoxicated” after drinking six to eight beers. But the law in Richfield had had enough of this bar. One cop, a friend of Angell’s, according to The Detour’s owner David Kunz, e-mailed the Salt Lake City-based Department of Alcoholic Beverage Control, requesting help. On Nov. 7, a seven-agent undercover team—“headhunters from Salt Lake” is how Kunz terms them—from the investigations division of the Utah Department of Public Safety rolled up on the private club’s doorstep.

Kunz was out of town. Three of his employees were off sick. And it was the busiest night in three months.

In January 2008, Kunz received a letter from the DABC informing him of five liquor-law violations from that November night. One was for overserving because an officer had ordered, and was served, five Jäger Bombs, an herbal liqueur mixed with an energy drink.

“They’re honest people, they make mistakes,” Kunz says of his beleaguered bar staff that night. “On a normal night, this would never have happened.” Send an undercover cop into any bar on a busy night, most bar owners will tell you, and people are going to get busted.

Kunz came up to Salt Lake City for a prehearing with Assistant Attorney General Sheila Page, who represents the state liquor agency and DABC regulatory director, Earl Dorius. Although Kunz disputed several of the violations, he took the 35-day license suspension and $800 fine plus court costs that Dorius and Page offered. The penalty is outlined in a violation grid featuring a range of penalties for each type of infraction. Repeat the offense, and the penalty gets tougher. The grid, Dorius says, ensures all licensees get equal treatment.

What bothers Kunz most is that the Jäger Bomb-serving bartender only got a $25 fine. He and the rest of his staff got clobbered with a month’s closure. Kunz always, he says, has followed the DABC’s instructions and regulations “to the letter of the law.” Until this January, he had no violations. For 16 years, he owned the only beer tavern in Richfield, a predominantly Mormon town in Sevier County. Three years ago, Kunz opened its first private club, The Detour. 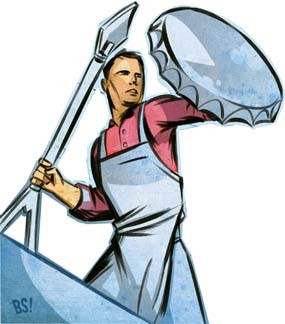 Kunz characterizes the local attitude toward him getting a club license: “Now the evil bastard is selling alcohol, so automatically, everyone’s getting drunk.” He started having problems with local law enforcement, he says. Kunz says every time a new cop joined the force, he could count on the officer’s visit, announcing plans to shut the club down.

Jim Brush, owner of Maggie McGee’s private club in Cottonwood Heights, sees similar “them-and-us” issues issues at play. “We’re a sinner in this state. We’re second-class citizens,” he says. What a bar owner amounts to, he adds sourly, is “an unpaid tax collector.”

Beverage Baron
In a state where the dominant religion views alcohol as a sin, second-class citizenry for liquor licensees might well lead to second class rights. Salt Lake City attorney Pat Shea thinks so. Last year, he told the DABC commission the treatment of licensee violations resembled something out of Soviet Russia, even going so far as to refer to Earl Dorius as “the Baron of Beverages.”

Dorius rejects Shea’s characterization. “Pat thinks I have far more power than I do,” he says. He describes his role of screening police reports for violations and overseeing settlements as “ministerial.” He does not, he says, “sic anybody on our licensees.” Nor, Dorius adds, “is my role to badger them.” Rather, his goal is to get the punishment for a violation as low as he and Page think they can go “and have the commission accept it.” If the licensee takes the deal, then the commission must approve it. “There’s nothing wrong with that process,” Dorius says.

Comparing that process to Stalinist show trials is, on its face, extreme. Utah is hardly a Communist state. Its political and business culture is all about encouraging the entrepreneur to not only make a living but also a healthy profit—and free of government meddling. Except, that is, when it comes to regulating and punishing sin and sinners. Bar owners say the system is engineered to discourage their right to fight the allegations. Follow licensee violation prosecutions from the initial police report through to the conclusion, and at times, Shea’s Soviet Union analogy doesn’t seem all that far-fetched.

As one DABC violation hearing involving Salt Lake City private club The Hotel revealed last year, State Bureau of Investigation liquor-law agents receive little formal training for what they do. Whether that explains an at best haphazard approach to evidence gathering, including a lost evidence file in the Hotel case, is another matter. Certainly the standard for evidence needed to trigger a DABC violation charge is surprisingly low—no more than an officer’s observation of an apparent infraction. If The Hotel case is any measurement, it’s little wonder many barkeeps feel it’s open season on licensees all year round.

The DABC reports that out of 101 violations reported in the past fiscal year, 94 licensees settled with the agency rather than contest charges before a hearing examiner. Assistant Attorney General Page says that shows the system works well. “Violations presented by law enforcement were probably well-researched and accurate,” she says. “We have a regulated industry that is willing to take responsibility for problems in their clubs and fix them.”

Licensees offer another perspective. They complain of feeling so intimidated, some have left prehearings in tears. If they didn’t do what they’re charged with, they face the Hobson’s choice of taking the punishment anyway or facing legal costs and the probability of much stiffer penalties if they fight and lose. Not to mention the fear, warranted or not, that the DABC will come after them later.

Things weren’t always like this, says Tony Chlepas, owner of the Cotton Bottom Inn, a popular beer bar in Holladay. In the 1970s when he joined his mother Helen in running the Cotton Bottom, “We were totally paranoid of the DABC,” Chlepas recalls. ‘They were the enemy, out to get us.” No one would sit down with bar owners and have a conversation about what they were supposed to be doing. Then in the mid ’80s, Chlepas had a visit from a DABC compliance officer. “We want to be your partner, educate you. We’re not here to punish you or to get you,” Chlepas remembers being told. The DABC wanted to help him become a responsible purveyor of alcohol.